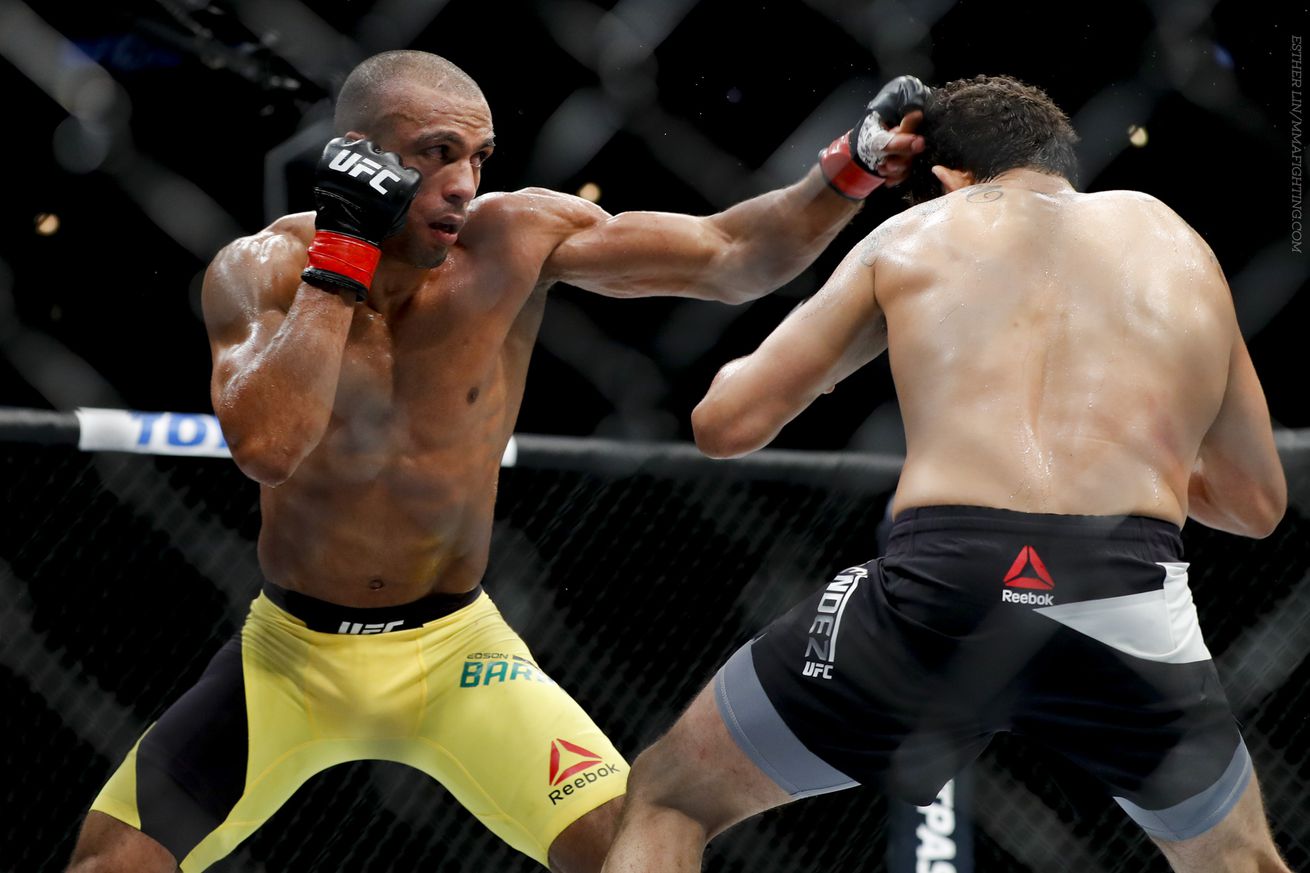 Gilbert Melendez was looking to turn his first fight in more than a year into his favored dirty brawl.

But Edson Barboza was having none of that.

Barboza brutalized the former Strikeforce lightweight champion in the co-feature bout of UFC on FOX 20 on Saturday night. He used punishing leg kicks to keep Melendez off-balance and eased his way to victory at Chicago’s United Center.

Melendez, who was fighting for the first time since a PED-related suspension last summer, had his best round in the first, as he managed several times to get in close and land during the fight’s closest round.

But even then, Barboza managed to get the best of things with his quick and efficient kicks to both the body and particularly Melendez’s lead leg. Barboza also effortlessly stuffed most of Melendez’s takedown attempts.

In the third, Barboza picked his spots, not wanting to make his mistakes, and slowed his volume. The super-tough Melendez, for his part, gutted it out until the end.

“He’s so tough,” Barboza said of Melendez. “He’s one of the best in the world. I said I was coming for a war and you got a war.”

With the victory, Barboza (18-4) has now won three of his past four fights, with wins over Melendez and Anthony Pettis in his last two. He indicated he wants one of the top guys in the division next.

Melendez (22-6) has dropped three straight fights and four of his past five.