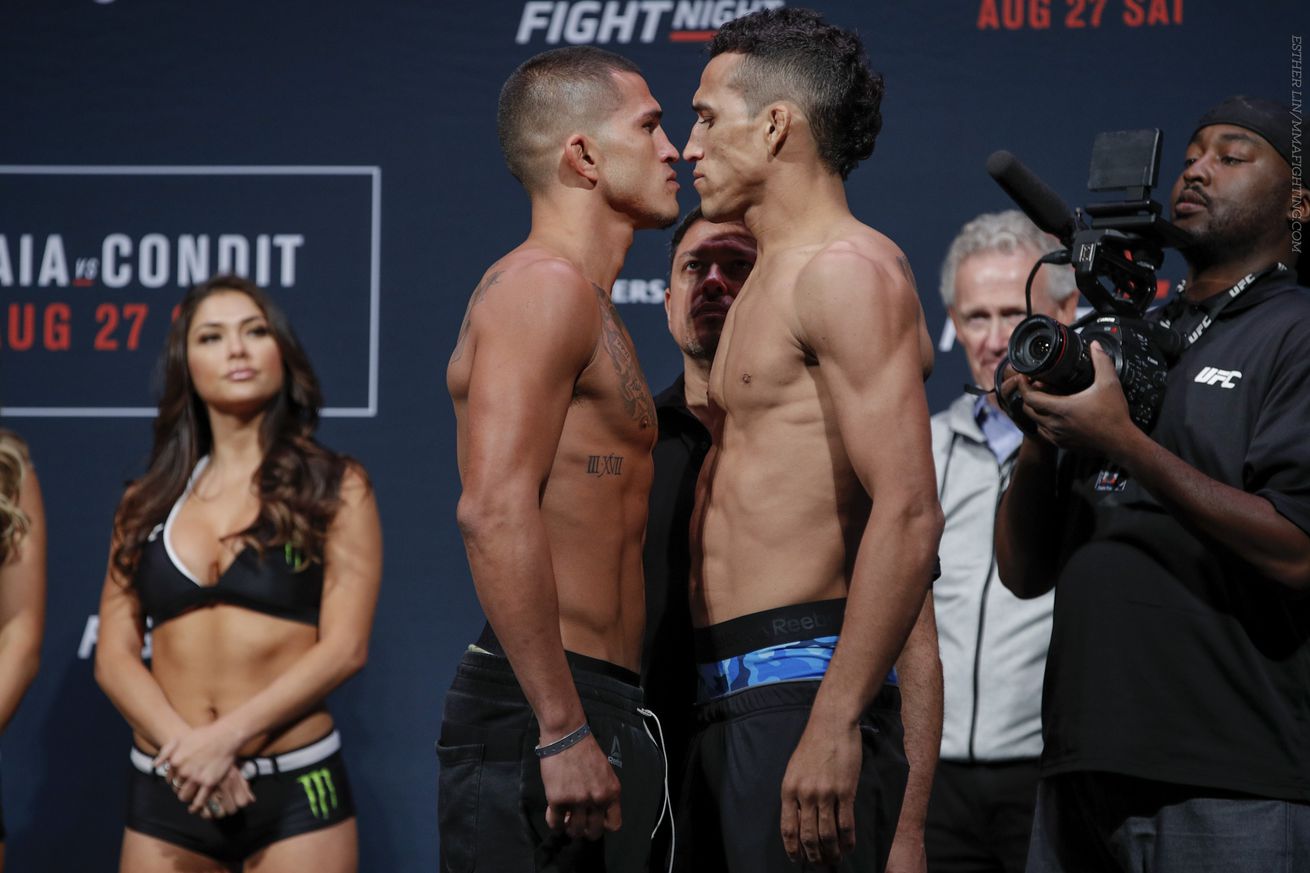 VANCOUVER – Anthony Pettis needed a win in the worst kind of way at UFC on FOX 21 on Saturday night, and he got a dramatic one in his featherweight debut.

Pettis was able to secure a guillotine choke on Charles Oliveira in the co-main event, forcing the Brazilian to tap at the 1:49 mark of the third round.

Brazil’s Oliveira wasted no time in dishing out what his game plan was, as he immediately went to work trying to take Pettis down on the fence with a single-leg. Pettis fought off the first attempt, but a minute-and-a-half later had given up his back to the jiu-jitsu player Oliveira. To the surprise of many in the building, Pettis reversed and changed the momentum.

Pettis blasted Oliveira with a big shot midway though the first, and then attacked the prone Oliveira, hoping to finish the job. Pettis continued his attack on in the final minute, as he fearlessly went into Oliveira’s guard and exacted some ground-and-pound.

The second round was closer, as Pettis punished the aggressive Oliveira, throwing him to the canvas early and then kicking him in the head moments later. Things got perilous for the Roufusport fighter at around the two-minute mark, as Oliveira took his back and worked for a rear-naked choke with a full body lock. But, just as he did in the first round, Pettis reversed the action and stood back up. Pettis hit Oliveira with a spinning kick to the body later in the round, which momentarily stalled Oliveira, but the Brazilian recovered enough to score one last takedown before it ended.

Pettis got the job done in the fourth, after once again turning the tables on Oliveira. He was able to secure a guillotine choke and leaned back to strengthen the hold. The tap came moments later.