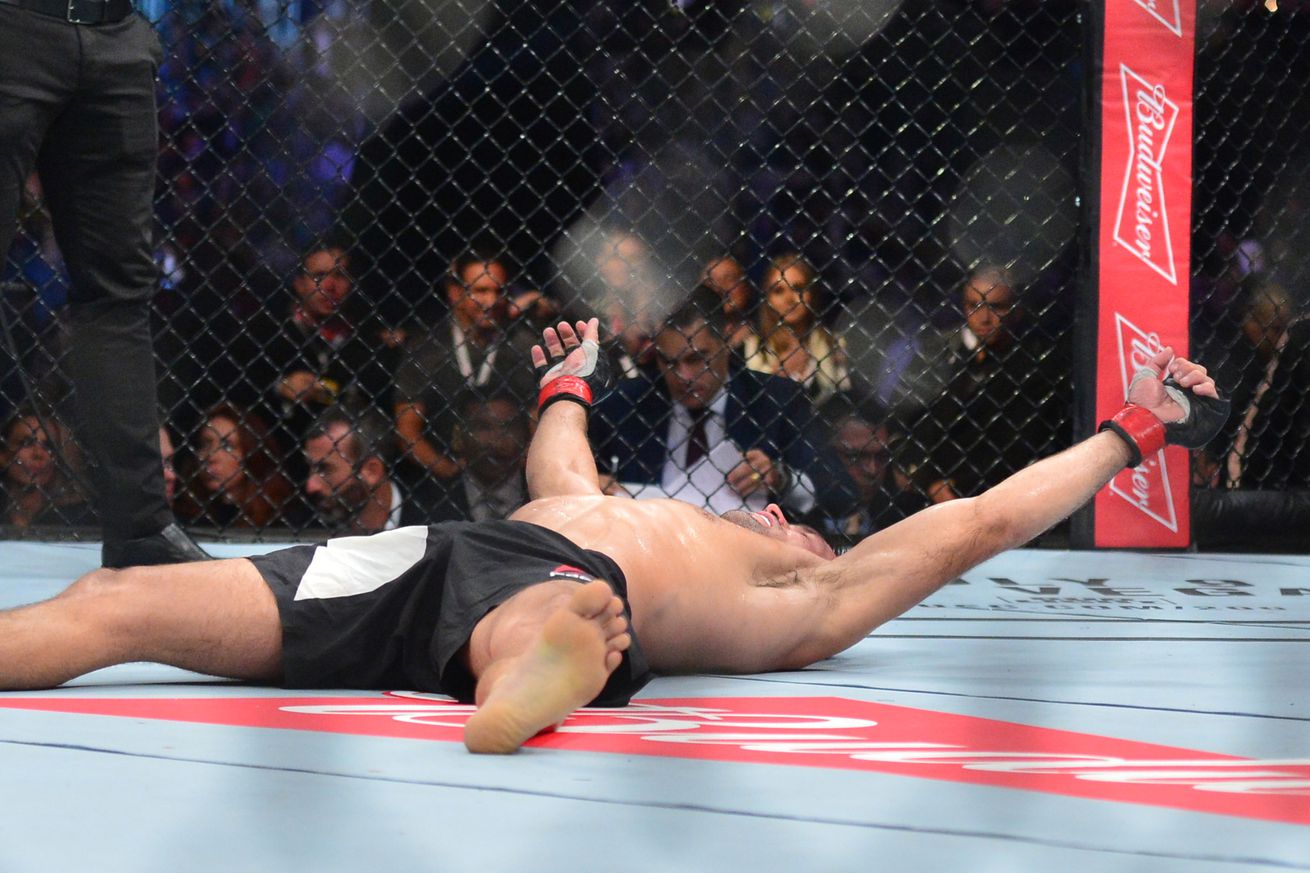 In the welterweight main event, streaking division contender and longtime jiu-jitsu ace Demian Maia looked to continue his winning ways against revitalized veteran stalwart Carlos Condit, in a battle of styles that was scheduled for five grueling rounds.

It barely lasted one.

Maia did what most combat sports fans — and even Condit — expected him to do, avoiding the striking arsenal of his well-rounded foe and dragging the fight to the floor. From there, the five-time world grappling champion secured the back and forced “The Natural Born Killer” to quit via rear-naked choke.

Watch the video highlights of his slick finish here.

But disposing of Condit was still not enough to earn a welterweight title shot. Ahead of him in the 170-pound pecking order is streaking striker and newly-anointed “Wonder Woman,” Stephen Thompson, who is expected to get first crack at reigning champion Tyron Woodley.

The same “Chosen One” who secured his crack at the crown by riding the pine.

Sitting on the bench is probably not the best way to endear yourself to the impatient MMA fanbase, but Maia (23-6) is now the winner of six straight with three finishes. Besides, it worked for Woodley, who (with a little help from Johny Hendricks) did not compete for well over a year.

When he did, it was goodnight Irene Lawler.

At first glance, it appears as though Maia won’t have to wait very long and can pencil himself in for the winner of Woodley vs. Thompson. But we also have to consider that Georges St-Pierre, who once ….View full article