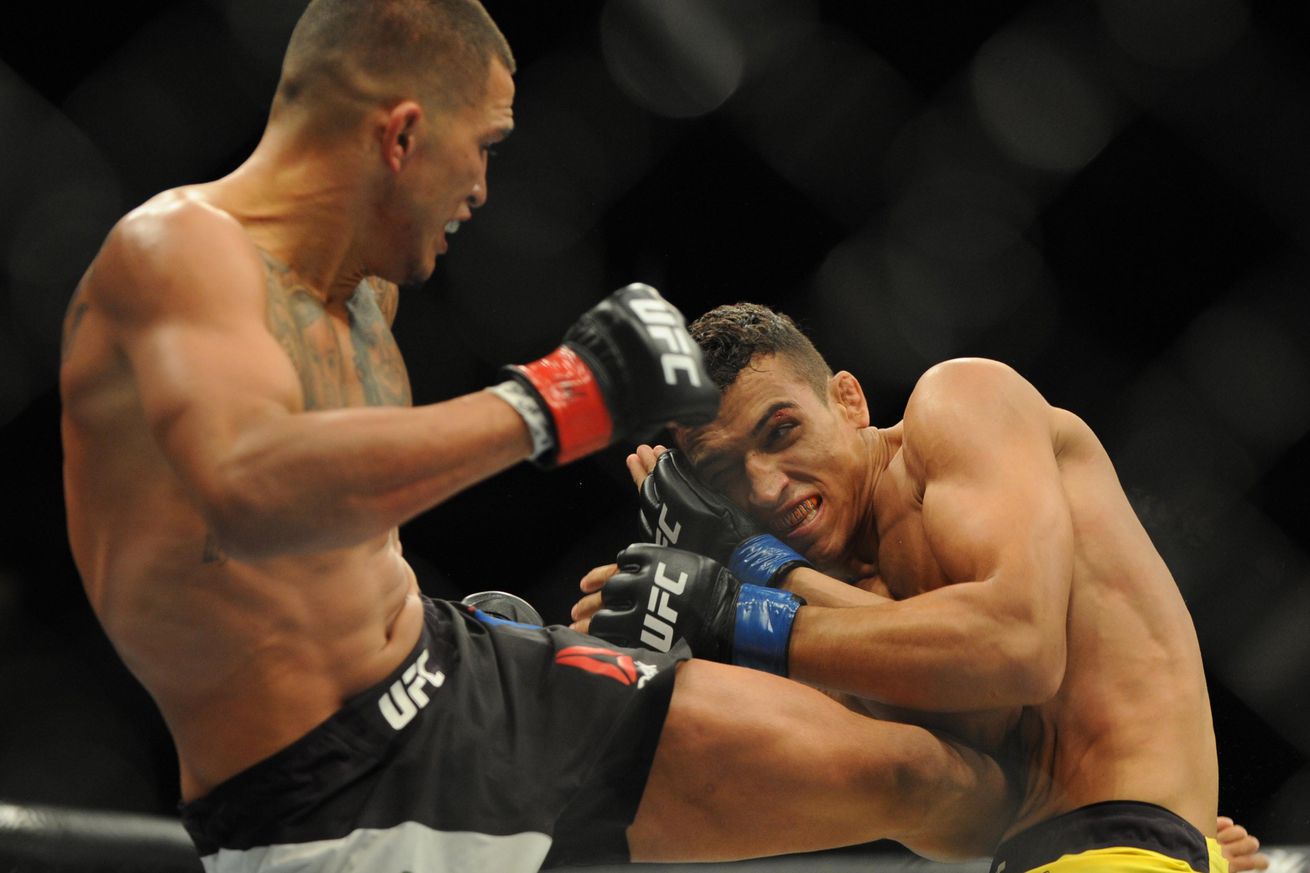 Ultimate Fighting Championship (UFC) Featherweights Anthony Pettis and Charles Oliveira collided last night (Aug. 27, 2016) at UFC on FOX 21 inside Rogers Arena in Vancouver, British Columbia, Canada. On the heels of losing his title in a trio of defeats, Pettis spoke a lot prior to this bout on restarting his career as a 145-pound fighter. There was a ton on the line for Pettis, as there were few other options for the former champion if he could not make a home for himself at Featherweight.

Standing in his way was Charles Oliveira, a fellow former Lightweight who has thrived since his drop in weight. Oliveira has been close to the title mix for some time, and a strong showing here could give him that last bit of push necessary. Oliveira wasted zero time in shooting for a takedown and got deep in on the shot, but Pettis defended well and broke free. Unfortunately for Pettis, Oliveira looked for a second takedown immediately after and landed directly in back mount.

Pettis did a fantastic job of reversing position quickly and then standing up. Back on his feet, he tagged Oliveira with a few punches and ripped a body kick, forcing Oliveira to crumble down to his back. For the rest of the round, Pettis maintained top position and pounded away at his opponent. He did quite a bit of damage, though he failed to force the finish.

It was a dominant start to Pettis Featherweight career.

Pettis looked a bit tired to start the second round, but that didn’t stop him from stabbing his opponent with hard punches and nice kicks. In addition, he prevented his opponent’s takedown attempts without much issue. ….View full article