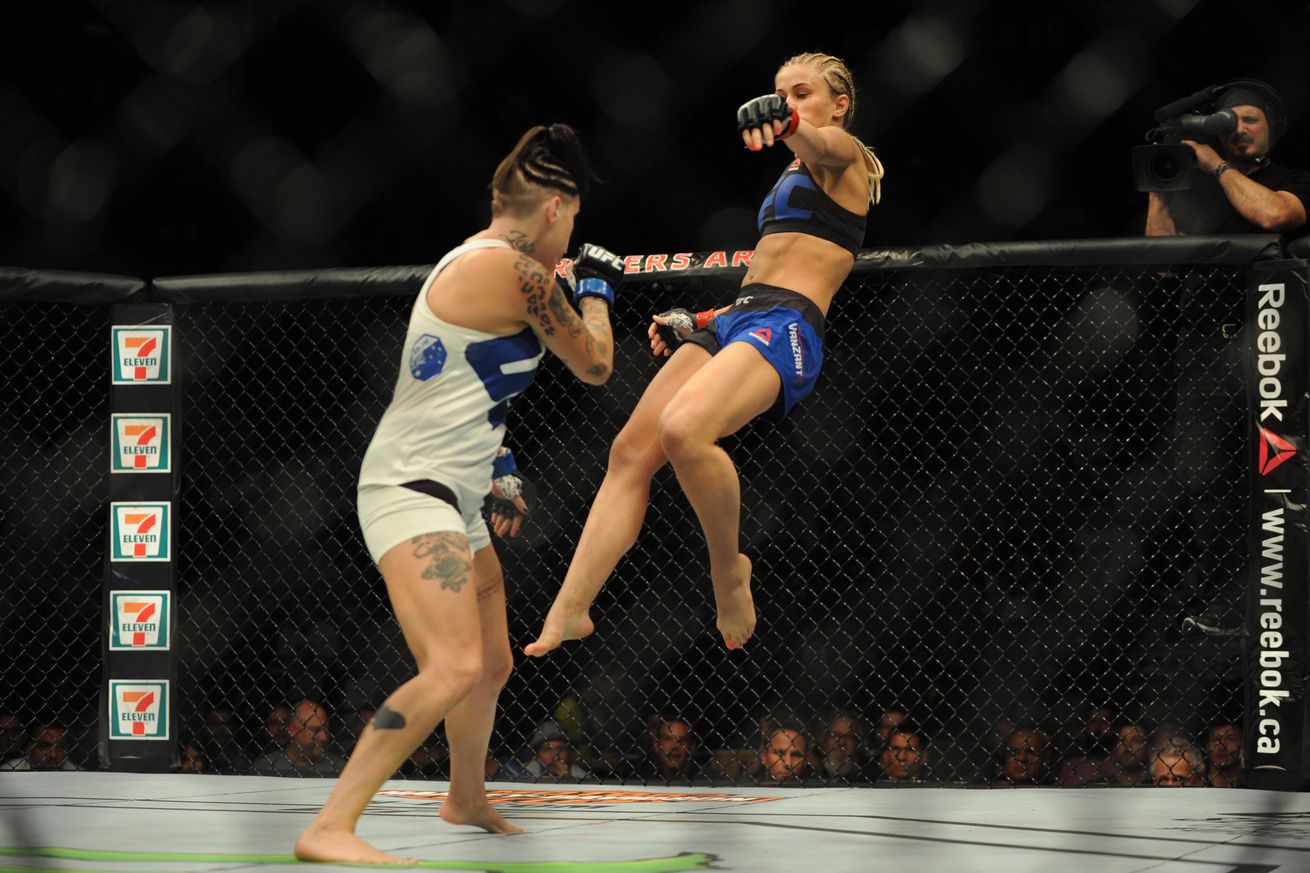 Paige VanZant returned to the win column in a big way last night (Sat., Aug. 27, 2016) in Vancouver, British Columbia, Canada by knocking out Bec Rawlings in the second round of their Strawweight fight (see it).

While some may have been surprised at “12 Gauge'” perfect execution of such a risky move, Paige says she’s been waiting to unleash it for quite some time. As she revealed during the UFC on FOX post-fight show, it’s her mature attitude that finally allowed her to listen to her corner, which helped her pick the perfect timing to land the knockout kick.

“These are things I’ve kind of kind of always been capable of but never actually used. It was really great to have Justin Buchholz in my corner. I feel like I am maturing as a fighter and actually listening to what my corner was saying. I’ve actually never done that before. Not on purpose. It was nice because I heard him say, ‘left kick, left kick.’ He kept telling me it was open, and I finally decided, ‘okay, let me throw it.’ It was open so I went for it. It was kind of like, ‘Might s well throw it.’ I have landed it in training a few times. It”s in my arsenal so I might as well try and go for it. We call it ‘kick the can,’ the one I knocked her out with. I’ve done it in training camp, so I decided to use everything in my arsenal.”

The win was VanZant’s first since suffering a loss to Rose Namajunas back in 2015. It also showed the fight world that her stint in on “Dancing with the Stars” didn’t take her focus on her number one priority.

As far as what’s next for Paige, there is an interesting ….View full article