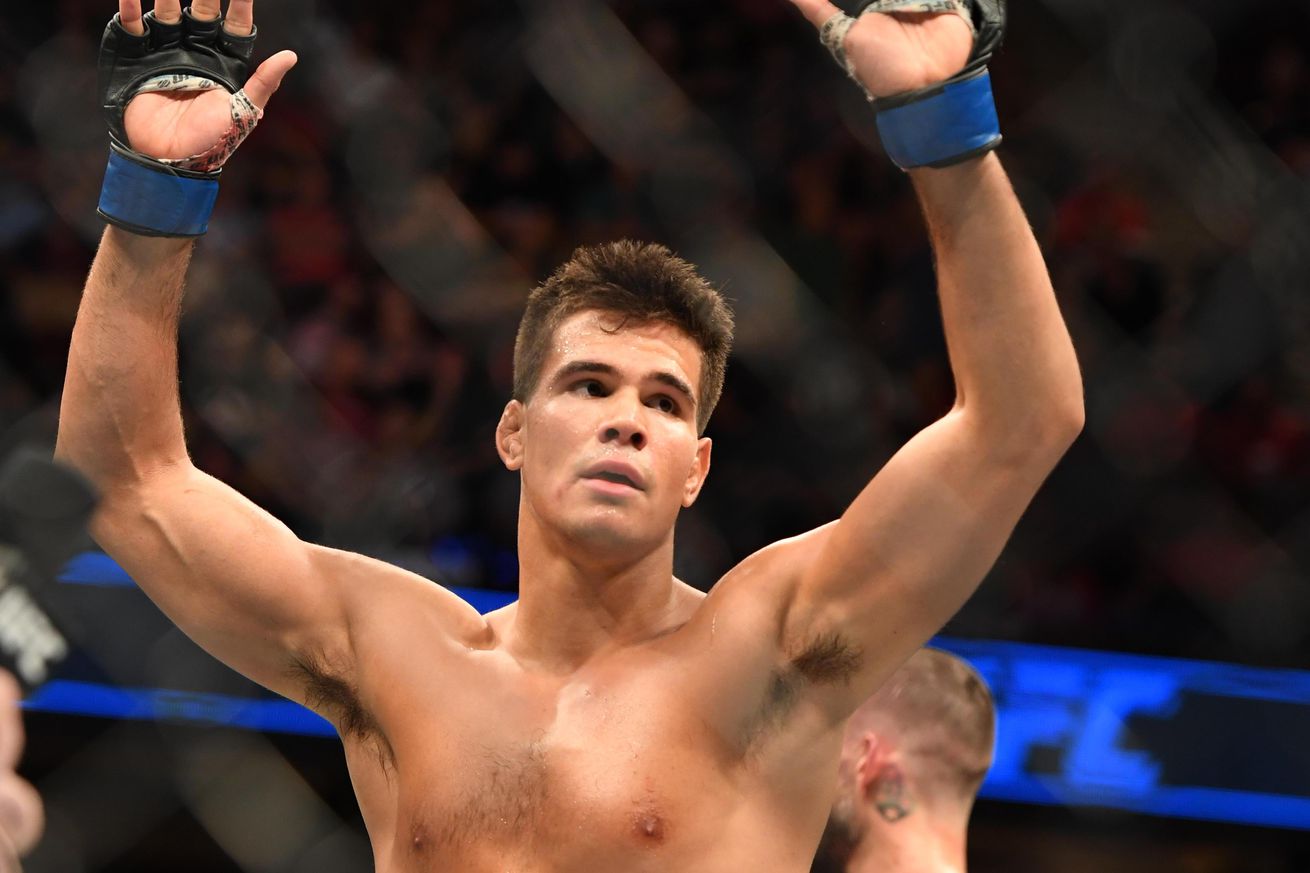 Mickey Gall and Sage Northcutt are all set to throw down at UFC on FOX 22 this weekend (Sat., Dec. 17, 2016) in Sacramento, Calif., in a battle of two of the fastest-rising prospects in mixed martial arts (MMA). While Northcutt is adamant he is the more well-round fighter between the two, Gall begs to differ, saying there is no way that his “Super” striking comes close to his and — when it comes to the grappling department — forget about it.

“Pick your poison — I’m going to hurt him in either spot,” said Gall during a recent interview on “The MMA Hour.” “If I hit him with some shots, he might go to sleep. If we go to the ground, I am levels above him there. Yeah, I think my stand up is better than his and my ground is better than his.”

Gall’s first few professional fights have finished rather quickly, including his first two inside the Octagon, which includes a first-round drubbing over CM Punk at UFC 203, which took all of 128 seconds (see it again here). While fast fights are always a good thing for a combatant, Gall says the quick finishes have prevented people from seeing a lot of his arsenal. And while he is more than confident he can stop “Super” early, he hopes to be able to show off some of his all-around skill set.

“I didn’t get to showcase any of that in the C.M. Punk fight,” Gall continued. “He came at me hot, charging at me, so I just changed levels and put him on his back,” said Gall of his dominant win over Punk. “And then Michael Jackson, the one punch I threw dropped him, so I didn’t really get to showcase anything. I have been working really diligently with my striking coach Sean Diggs. I want to turn some heads, show people what I can do.”

In an interesting plot twist, Gall says he’s been spending some time training at TriStar gym in Canada with Firas Zahabi, a man who also took Sage in, albeit briefly, early in his UFC career. Eventually, Northcutt returned to Texas to continue training with his team. And according to Gall, the word around TriStar water coolers was that “Super” wasn’t exactly the hardest worker, which could have played a role in his departure from the famed camp.

“Yeah, I asked (why he left) and they said that he was a little homesick,” Gall said. “And some of the guys were saying that he really didn’t work that hard. They didn’t think he had that, a hard worker and that they expect me to beat him up.”

Zahabi will corner Gall Saturday night, which is just one of many interesting storylines heading into this weekend.