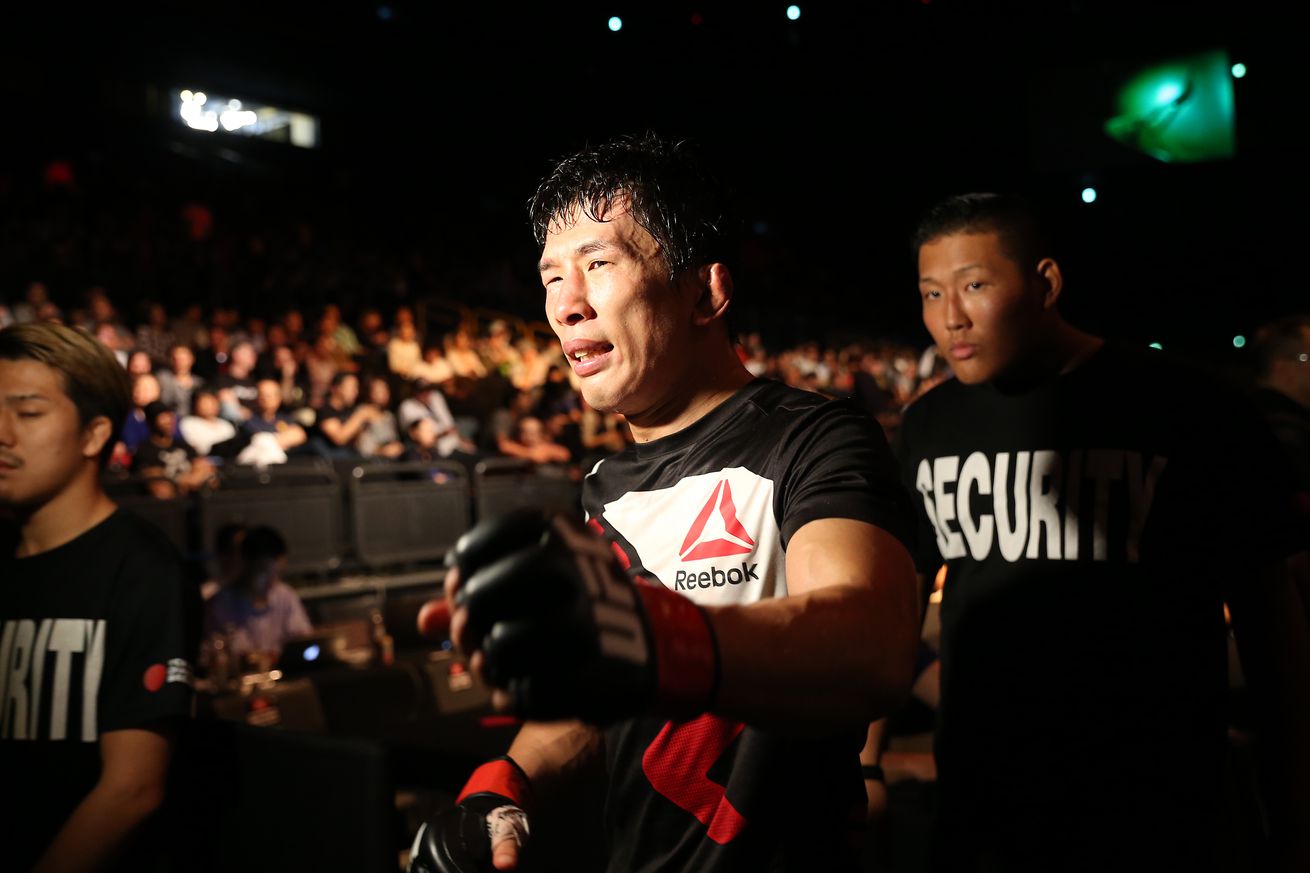 More fights are coming to Fight Pass and FOX Sports 1 this weekend (Sat., Dec. 17, 2016) when UFC on FOX 22: “VanZant vs. Waterson” storms Golden 1 Center in Sacramento, California. MMAmania.com’s Patrick Stumberg kicks off the UFC on FOX 22 “Prelims” party with the first installment of a two-part undercard preview series.

UFC on FOX 22, which will take place inside Golden 1 Center in Sacramento, Calif., will also see a Bantamweight scrap between Urijah Faber and Brad Pickett, as well as a terrific Welterweight brawl between Alan Jouban and Mike Perry,

We’ve nine “Prelims” undercard matches that will set the stage for the four-fight main card, six of them on FOX Sports 1 and three on Fight Pass. Check out what the latter has in store:

A 1-3 skid, kicked off by a spinning back kick knockout from Renan Barao and capped off by a one-sided decision loss to Bryan Caraway, seemed to signal the end of Eddie Wineland’s (22-11-1) days as a top Bantamweight. After nearly one year out of the cage, he returned in September to upset Frankie Saenz by knockout and earn his second “Performance of the Night” bonus.

Five of his last six wins have come via knockout.

Once stuck alternating wins and losses, Takeya Mizugaki (21-10-2) turned the corner in 2012 and rattled off five consecutive wins, including decisions over Bryan Caraway and Francisco Rivera. He is 1-3 since, all losses by stoppage and a decision over George Roop the sole bright spot.

This will be his eighteenth fight since his World Extreme Cagefighting (WEC) debut opposite Miguel Torres.

Mizugaki hasn’t lost to bad fighters by any stretch of the imagination, but it’s the way he’s lost that troubles me. His swarming demands durability that I’m no longer convinced he possesses. Though Wineland’s had his own issues, the Saenz fight saw him seemingly shake off the passivity that plagued him during his slump.

That’s bad news for Mizugaki, who has never been hard to hit at the best of times.

Were I confident that Mizugaki could withstand that right hand, I’d pick him by decision. I’m not, so I say Wineland plugs him late in the first.

Colombia’s Fredy Serrano (3-1) fell short in the opening round of The Ultimate Fighter (TUF): “Latin America,” but managed to stop Bentley Syler and Yao Zhikui in the Octagon itself, earning “Performance of the Night” for the former. His unbeaten run came to an end last July at the hands of Ryan Benoit, who won a split decision in a rather oddball fight.

He is a full seven years older than Hector Sandoval (12-3).

Sandoval earned multiple Flyweight belts during his career, including the Tachi Palace Fights, West Coast FC and Global Knockout titles. Most recently, he stepped up on short notice at UFC 201 and suffered a first-round submission loss to Wilson Reis.

He owns three wins via (technical) knockout and two by submission.

If Serrano had come into mixed martial arts (MMA) 10 years earlier, he’d be a serious threat. As is, he’s capable and athletic, but can’t bring his wrestling pedigree to bear as much as he needs to. Against the vastly more experienced Sandoval, decent takedowns and heavy hands just aren’t enough.

Sandoval’s aggression, speed and scrambling ability ought to be enough to overcome Serrano’s physical strength. He out-lands “El Profe” on the feet and steers clear of bad positions on the mat for a clear decision win.

After a questionable decision loss to Doug Marshall ended his Bellator MMA run, Sultan Aliev (13-2) picked up four consecutive knockouts on the international circuit to punch his ticket to UFC. Once there, he suffered a one-punch knockout loss to Kenny Robertson and suffered an injury before a planned fight with Hyun Gyu Lim.

This will be his first fight in almost 23 months, the longest layoff of his career.

Bojan Velickovic (14-3-1) entered UFC as the RFA Welterweight champion and extended his win streak to five with a decision over Alessio Di Chirico in his Octagon debut. His next time out, he fought TUF veteran Michael Graves to a majority draw at UFC 201.

This is frustrating. In a vacuum, I’d pick Aliev in a heartbeat — Velickovic is a decent grappler, but his striking is rudimentary and he hasn’t yet learned to parlay his size into powerful wrestling. Aliev, meanwhile, is a more proven takedown artist and power puncher.

This isn’t a vacuum, unfortunately, and there’s Aliev’s monster layoff to consider.

Still, he has enough of an edge that I’m picking him anyway. Whatever chin issues he demonstrated against Robertson, Velickovic is ill-equipped to replicate that feat and I don’t imagine his bulk troubling someone with a history of manhandling Middleweights. So long as Aliev’s gas tank stays intact, expect him to control the grappling before putting away the Serb with strikes.

The remaining six UFC on FOX 22 “Prelims” fights begin with a debuting Bantamweight knockout artist and end with a clash of unbeaten Light Heavyweights. Same time tomorrow as always, Maniacs!

MMAmania.com will deliver LIVE round-by-round, blow-by-blow coverage of the entire UFC on FOX 22 fight card, starting with the Fight Pass “Prelims” matches online, which are scheduled to begin at 3:30 p.m. ET, and then the remaining under card balance on FOX Sports 1 at 5 p.m. ET, before the FOX main card start time at 8 p.m. ET.