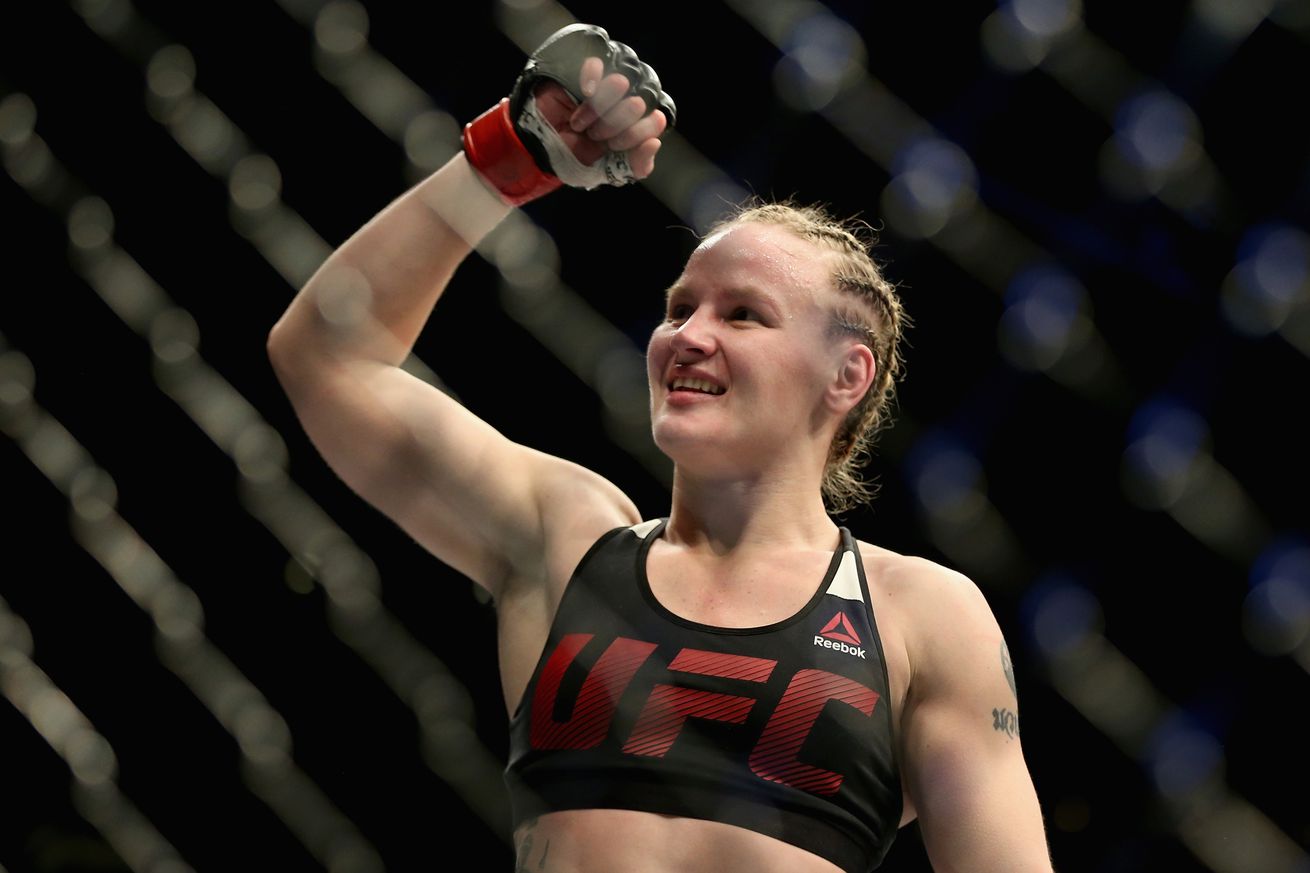 A new number-one contender was born on Saturday night, as multiple-time Muay Thai champion Valentina Shevchenko showed off her fast-improving mixed martial arts game by submitting Julianna Pena with a slick second-round armbar in the main event of UFC on FOX 23.

Shevchenko’s victory topped off a night of breakthrough performances in Denver, and as always, the pros were loving things every step of the way. Catch reaction to all of UFC on FOX 23’s main card below.

Well I think it’s safe to say, no1 expected a victory like that!! Congratulations @BulletValentina on a beautiful fight. #UFCDenver

Wow did not see a sub coming from @BulletValentina !! Congrats! @ufc #UFCDENVER

Valentina on the other hand is all of what Peña is: Strong, athletic, aggressive BUT… with an actual technical approach! She takes it!

You wouldn’t be surprised if you trained with @BulletValentina she could go another 8 rounds!!

That dance though! @UFC #ImLost

@BulletValentina could possibly do very well in @DancingABC just as much as @PaigeVanzantUFC what do you think? @ufc

A loss is horrible enough. BUT crossing all boundaries w/ what u say & losing? I hope Pena stays off internet. This 1 will hurt. #UFCDenver

I did not guess Valentina was going to get the submission

Oh shit what a fight!

Not ok.. can’t believe this #UfcDenver

@GamebredFighter is a gangster that was nasty.

That’s fucking right!! What’s up!!?? Say something about my boy @GamebredFighter #ufcdenver

Called it! Second round stoppage! Hats off @GamebredFighter you prove me right. Best boxing in @UFC #Congrats @AmericanTopTeam

Masvidal is a savage & he plays the bad guy so well. Loves the boos.

That’s my boy @gamebredfighter ! Glad to see my brother do it!!! Let’s get a title fight. #ATT… https://t.co/ZNMb3VYuub

Really pissed me off that Herb let cowboy take that punishment in the 2nd when he clearly stopped the fight before the bell rang in rnd 1!

Till the day I die I have my brothers back. @Cowboycerrone is the best fighter on earth. I hate this sport sometimes. #mma #ufc pic.twitter.com/ohCuQ3nOgE

Shit is over!!! Freakin Ngannou !

Ngannou is a scary human being. #ufcdenver

Always love watching #arlovski but it might be time for him to hang them up. Weak chin in hvwt division is not a good combo. #MMA #ufc

How does a guy that big move that well? #ufcdenver

Why am I that color though? He looks…….not well. https://t.co/mFgLitbO0k

@Jasonthekid23 relentless nice finish. It was always coming with the time he had his back #UFCDenver

#knight is tough no doubt, but that makes me wonder how long your career will be with that style. #mma #ufc

@Jasonthekid23 I am now officially a fan

Damn….. don’t give that kid your back….. that look miserable #UFC #UFCDenver https://t.co/uKishLJVJt