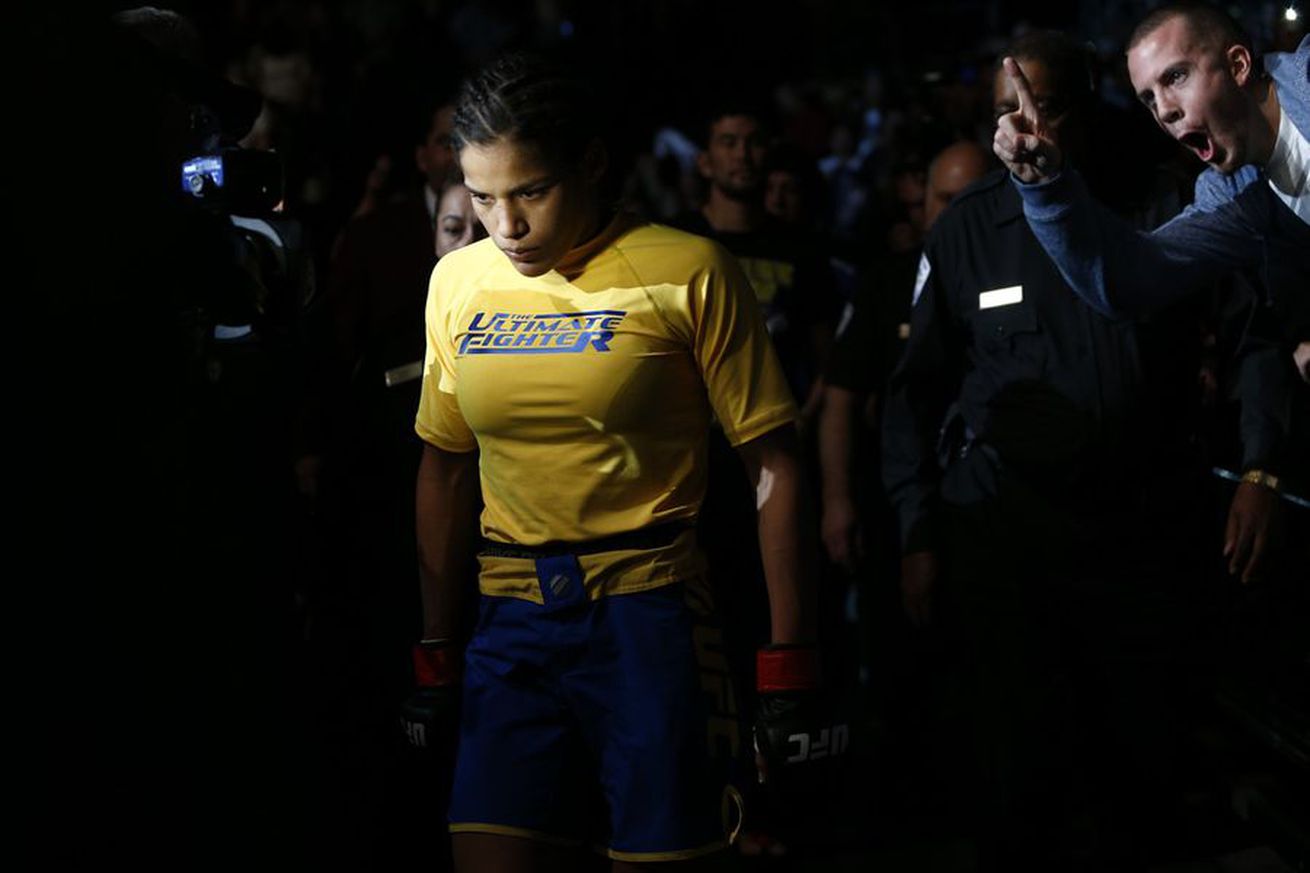 This UFC event might not be crazy stacked, but it offers a good variety of matchups. UFC on FOX 23 features what most people think to be a women’s bantamweight title eliminator bout between Valentina Shevchenko and Julianna Peña, an exciting fight pitting fan-favorite fighters Donald Cerrone and Jorge Masvidal, and a scrap that promises a knockout between heavy hitters Andrei Arlovski and Francis Ngannou.

The UFC hasn’t officially labeled this fight as a women’s bantamweight title eliminator bout, but it’s clear to me that the winner here should be challenging for gold next. It’s nice to see the two top contenders fight to see who is the real threat to the title. Not often do we get these type of fights, as timing, injuries, and promotion sometimes get in the way. I see many are hesitating to make a pick here, but although I find this to be a competitive contest, I didn’t have a hard time making my pick.

Valentina Shevchenko is a very accomplished striker, is good at avoiding damage on the feet, keeps a constant pace, fights very clean, and has a solid ground game. Peña might not be as polished on the feet as Shevchenko, but she has a significant edge on the ground. Peña is relentless, has an ability to make fights ugly, has very good takedowns, and has a very good top game.

I find the Amanda Nunes vs. Shevchenko fight to be a good indicator of how this fight with Peña might play out. During the Nunes fight, Shevchenko lost a decision mainly due to being controlled on the ground. Well, Peña has better takedowns than Nunes, and a more aggressive top game. I see Peña finding success on the ground, and taking a decision here.

So Jorge Masvidal is finally getting the big fight he’s been asking for. This is an intriguing bout between two unique, exciting, and technical fighters. This bout could’ve easily been made years ago in the lightweight division, but it’s now happening at 170 pounds.

Despite being 32 years old, I believe Masvidal is now entering his prime. Masvidal is tough, composed, well-rounded, very experienced, and always comes in shape despite hitting up McDonald’s every now and then during his camps. As of late, the Miami native has looked sharp in his performances, and has cleaned up his boxing significantly. Meanwhile, Cerrone has also looked impressive in his performances, perhaps more than Masvidal, as he’s picked up four dominant wins at welterweight, defeating high-level opposition. Like Masvidal, Cerrone is always in shape, has excellent muay thai, good jiu-jitsu and takedowns.

I agree that Cerrone should be the favorite in this fight, as he’s ranked in the top five at welterweight and has been destroying all of his opponents. But for some reason, my gut tells me Masvidal will rise to the occasion and the big spotlight he’s been trying to reach for years. Tough fight to pick, but I see this being a close, competitive contest from start to finish. I think Masvidal’s movement and footwork will give Cerrone some issues.

The type of matchmaking behind this bout is the same type that put together B.J. Penn vs. Yair Rodriguez. Obviously to a lesser degree, but this is still pitting a former UFC champ with a big name who happens to be in a bit of a rough stretch (being on a three-fight losing streak), against a rising prospect who has made some waves in the division and is currently undefeated in the promotion. Will Arlovski’s technique and experience be enough to defeat Ngannou’s youth and raw power? I find that to be the question that will define your pick in this one.

Arlovski still has power and good striking, so it wouldn’t be crazy if he were to pull off a win here, but I find his chin to be a bit questionable at this point of his career. I see Ngannou landing a big shot on the former champ and getting another impressive win.

Here’s an interesting clash of styles. Alex Caceres has unorthodox movement on his feet, is very fluid with his striking, has good jiu-jitsu, especially off his back, and has a good amount of experience fighting high-level competition. On the other hand, Jason Knight is not nearly as experienced as Caceres. He might be close to the amount of fights he’s been in compared to Caceres, but the level of competition is different. Knight is tough, has decent boxing, good takedowns and a very dangerous ground game.

I’d give Knight the edge in the grappling department, and Caceres in the striking. Tough fight to pick, as I can see Knight controlling Caceres on the ground or Caceres outpointing Knight on the feet, but I think “The Kid” pulls it off.