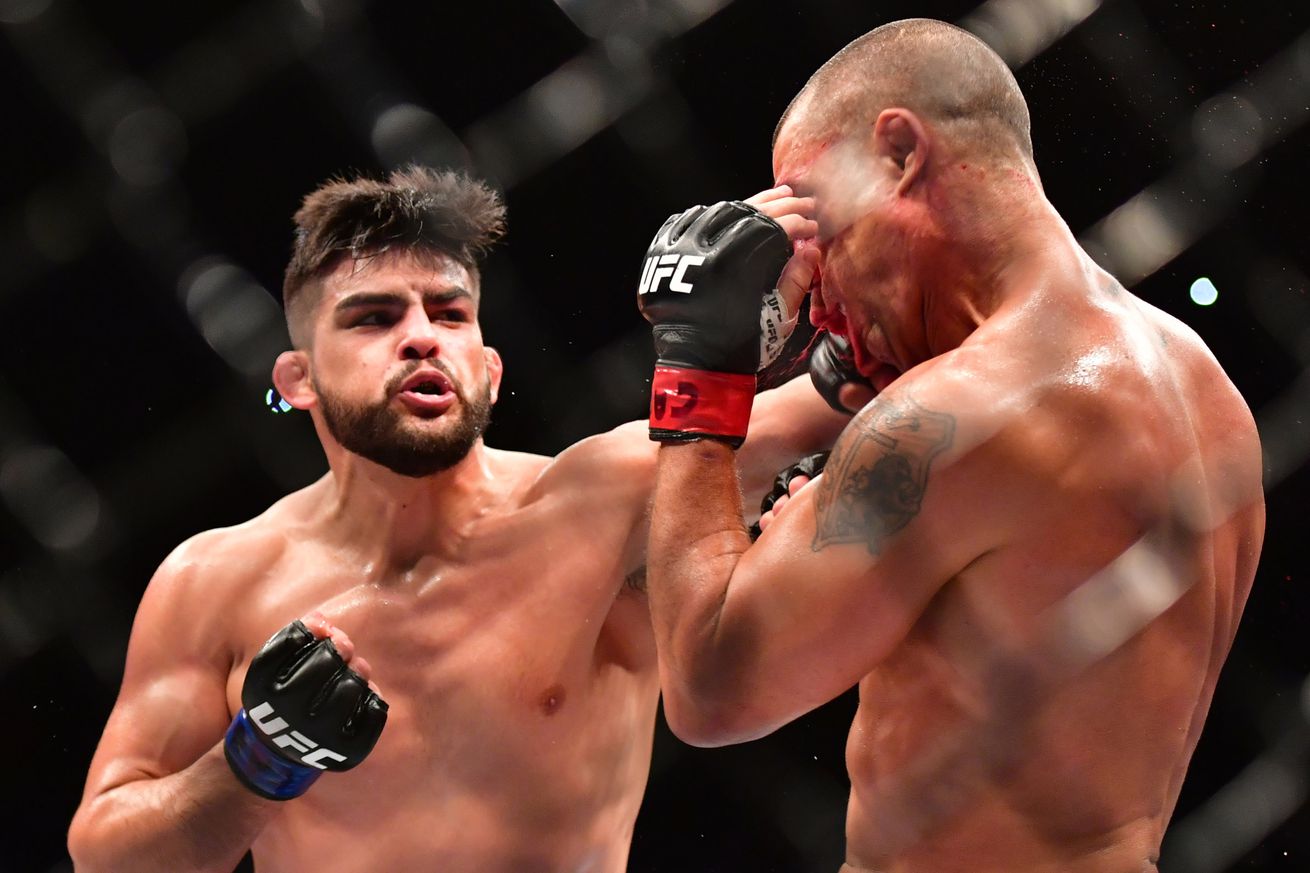 Is this Weidman’s last stand? Very possibly. He’s not likely to be released with a loss, but a potential four straight losses removed from being an undefeated champion is quite the slide.

That’s the fate Weidman will be fighting to avoid.

Meanwhile, Gastelum may be messing up with his weight and failing a drug test for marijuana. In the cage, however, he’s been devastatingly effective at both of his weight classes.

Let’s take a closer look at the keys to victory for each man:

This is his first 25 minute bout in some time, which means it’ll be a real test of those issues.

It’s also a fight in which Weidman has a clearer path to victory. Compared to his recent foes, Gastelum is smaller and easier to take down. In fights where he’s able to land consistent takedowns, he generally comes out on top.

Gastelum won’t make it easy for him, but if Weidman is in shape, he should be able to control the former Welterweight. There’s no need for him to worry about Gastelum’s sharp 1-2 if he’s on his back, trapped underneath the grappling specialist.

In this bout, Gastelum will want to replicate his performance against Tim Kennedy. The big wrestler — one of the best in the world at top control — came out and tried to grind on the former Welterweight. It worked for a few minutes, but Gastelum’s immediate scrambling and constant offense when given room exhausted Kennedy.

Again, Weidman’s problem has been falling apart in the second round and onward. Gastelum and his endless gas tank seem to have what it takes to make that happen over the course of a five round fight.

The key is to make Weidman work constantly. Gastelum will be taken down, but that doesn’t matter if he stands back up and wastes his opponent’s energy. Similarly, each exchange on the feet is a chance to do damage — body shots would be wise — and whittle his opponent away.

Bottom Line: The winner is surprisingly close to the Middleweight title.

Currently, the next match up for the 185-pound title is clearly between Michael Bisping and Robert Whittaker. However, the rest of the Top 5 is wide open. Yoel Romero and “Jacare” Souza are coming off recent losses, while Luke Rockhold is in a state of perpetual injury since his title loss. Gegard Mousasi has jumped ship, leaving Weidman and his aforementioned trio of losses as the last member of the top five.

With a win, Weidman is suddenly the only member of the top five coming off a victory. Meanwhile, a Gastelum victory shoots him into the top five on a multi-fight win streak. Either way, the winner could receive the next shot, or be a single win away.

On the other hand, a loss definitely hurts. Defeat effectively ejects Weidman from the title mix and top five, and it puts him in a desperate position ahead of his next fight. Alternatively, it may bring reality crashing down around Gastelum. If he cannot defeat the top five at 185 lbs., he needs to find a way to fix his diet and return to Welterweight.

Tonight at UFC on FOX 25, Chris Weidman and Kelvin Gastelum will face off in a pivotal Middleweight bout. Which man will remain standing when the dust settles?