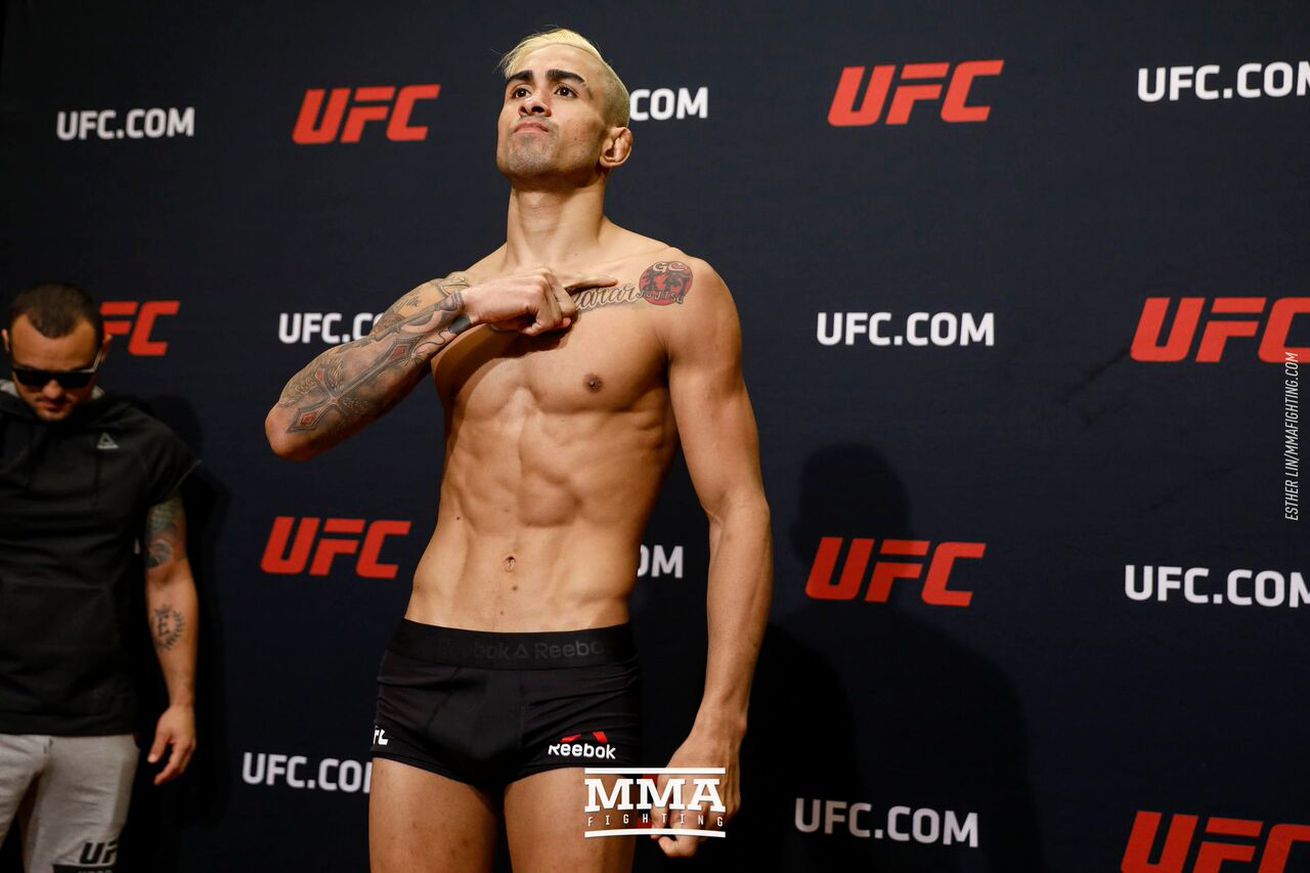 Godofredo Pepey’s return to the Octagon at Saturday night’s UFC on FOX 25 event in Long Island will be his first fight since Sept. 2016, but that would not be the case if it was up to him.

The Brazilian featherweight was scheduled to take on Kyle Bochniak at March’s UFC show in Fortaleza, Brazil, but ended up removed the card days before the bout with a broken orbital bone.

“I was punched in training and didn’t even feel the fracture,” Pepey told MMA Fighting, revealing that the Brazilian MMA Athletic Commission (CABMMA) pulled the plug on the fight. “Two [of my] doctors in Curitiba cleared me to fight, but the UFC doctor didn’t. There was nothing I could do.”

“I was ready, well trained, and anxious to put on a show for my fans in my hometown, but the commission knows what they are doing,” he continued. “They know what’s dangerous for the athlete, and for sure they had a reason to pull me from the fight. But I was ready and willing to fight.”

Booked to meet Shane Burgos in the preliminary portion of the UFC on FOX card, Pepey promises fireworks in Long Island.

“Jiu-jitsu is my best weapon, but I’m confident standing. I’ll dance any music that plays. I already know how I’m going to win. I have three plans for this fight, and nothing he does will be a surprise for me.”

Winner of four of his last five fights, all by first-round finish, Pepey wants a quick victory so he can come back at the planned UFC Fight Night card in Sao Paulo, Brazil, on October. 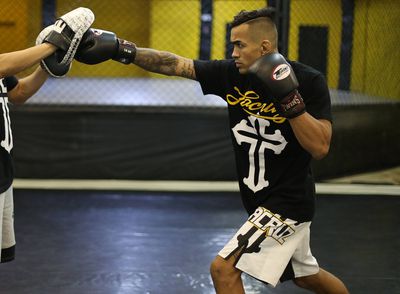 After that, he hopes to have a chance to headline a UFC event.

“I’m in the UFC for more than five years now, and I don’t know why I haven’t headlined a card yet,” Pepey said. “Fans want this. I feel at home in the Octagon, I love what I do, and I will beat up a lot of people in the division. I can beat anyone. The UFC has to believe in me, put more faith in me, and give me some sharks because I’m sure I’ll cut their heads off.”

The UFC is strongly promoting rising stars like Thomas Almeida and Paulo Borrachinha in Brazil, and Pepey is not bothered about it. Yet, he thinks he should “receive some love” as well.

“It doesn’t bother me because they are believing in Brazilian athletes,” he said of Almeida and Borrachinha. “They deserve to be where they are, but I’m in the UFC for years. I trained for the TUF Brazil final with my students, and now that I have the support to train and evolve I showed who I am. Even those who didn’t like me before tell me they love watching my fights now. The only thing missing is a main event. I really want to fight in a main event. This is my time.”