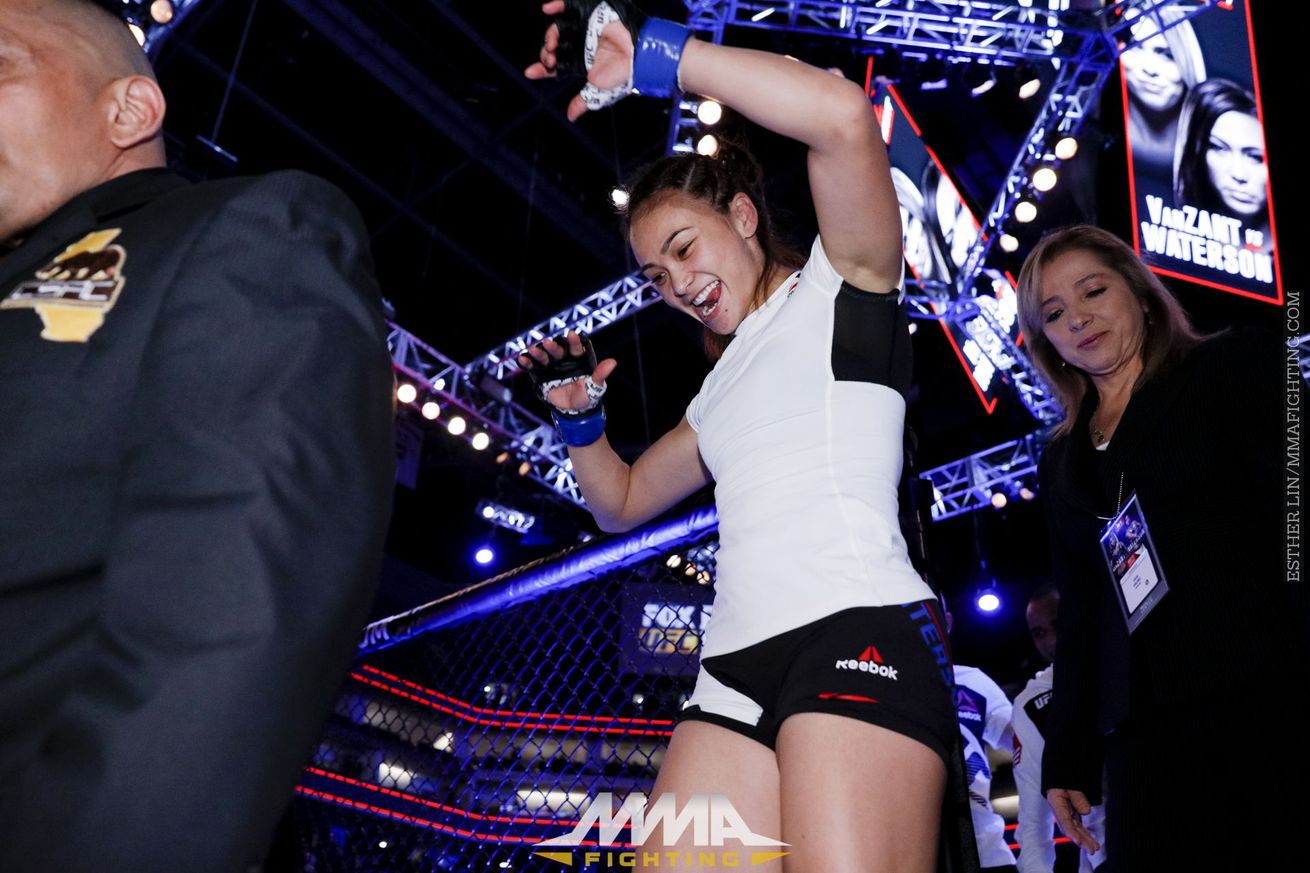 Last night’s UFC on FOX show did 2.69 million viewers, well above what shows headlined by championship matches have done on the December shows in recent years.

Saturday night’s UFC show was a major marketing test, in the sense that from a fighting skill and proven top tier-level ability, it was the weakest top two bouts the company has ever put on a FOX special.

Instead of championship matches, and top contender fights, the show was built around good-looking people, Paige VanZant vs. Michelle Waterson in a women’s strawweight fight, and Sage Northcutt vs. Mickey Gall in a welterweight fight. VanZant was considered marketable but inexperienced and far from a strawweight title-level contender. Waterson is a former Invicta champion at atomweight and her winning a main event in the first round that drew so well definitely helped her standing going forward,

Northcutt is the UFC’s youngest fighter, and while promoted heavily, has gone 3-2 against mostly preliminary level talent. Gall had only three pro fights before Saturday, but gained notoriety for beating pro wrestling superstar C.M. Punk and took full advantage of that opportunity.

The result was the show averaged an 0.9 rating in the 18-49 demo and 2.69 million viewers based on the fast nationals. That’s 17 to 20 percent above what the early December show has done in the fast nationals the past three years.

The fast national numbers for the similar weekend show the past three years have done between 2.25 million and 2.29 million viewers.

The 2015 December FOX special featured Rafael dos Anjos defending the lightweight title against Donald Cerrone. The 2014 show was a battle of top heavyweights with Junior Dos Santos vs. Stipe Miocic. The 2013 show had Demetrious Johnson vs. Joseph Benavidez in a battle of the two top flyweights in the world at the time.

While FOX had the fewest viewers of any network prime time show last night, it was second behind SNL Christmas 2016 on NBC in the 18-49 demo. FOX usually measures the success of the Saturday night UFC shows based on how well it does in the key demo.

It is possible, and quarter hours later in the week can tell a better story, that the Urijah Faber retirement fight with Brad Pickett could have also been a major part of the ratings, and perhaps even the key reason. In the Golden 1 Center in Sacramento, it was clear the main draw was seeing Faber, who built Sacramento MMA, for the last time. Faber has had a history of drawing good television ratings dating back to his days in the WEC.

The fast nationals only cover FOX affiliates between 8-10 p.m. Eastern, 7-9 p.m. Central, 6-8 p.m. Mountain and 8-10 p.m. Pacific time. Because of that, they measure FOX programming on the West Coast based on whatever filler shows the local affiliates are airing and not the UFC show ratings, which air out of prime time starting at 5 p.m. Because the main event started after 10 p.m. the VanZant vs. Waterson audience isn’t figured into these numbers.

Because Faber and VanZant are both California fighters, the West Coast numbers would likely be above the national average. The main event only going three minutes gave it little time to build an audience, so the rating would probably not grow as much as a five-round main event.

For a comparison, the 2013 to 2015 final numbers were all between 2.76 and 2.80 million viewers. Of those three shows, dos Anjos vs. Cerrone and Johnson vs Benavidez were first-round finishes, while Dos Santos vs. Miocic went all five rounds.

The July FOX show with Holly Holm vs. Valentina Shevchenko as the main event, considered a huge success, did 2.44 million in the overnights and ended at 2,975,000 viewers, which also went five rounds.

The last time a UFC on FOX show topped 3 million viewers on average, a number this show should be expected to top, was the Jan. 28, 2015 show, headlined by Alexander Gustafsson vs. Anthony “Rumble” Johnson, that did 3,049,000 viewers.