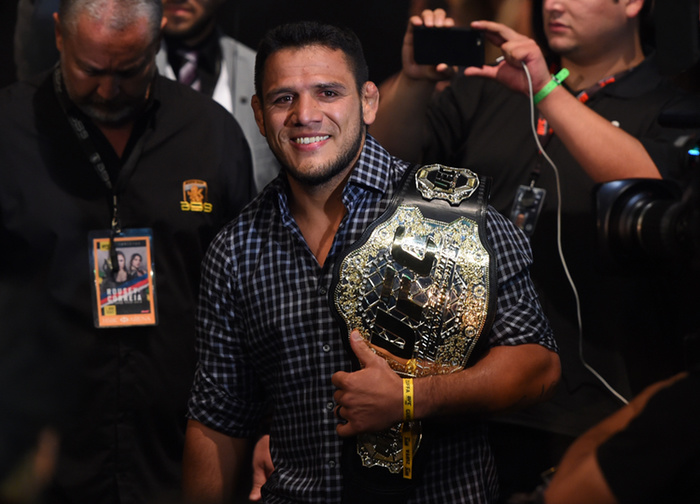 The UFC closed out an action-packed 2015 with UFC on Fox 17, a stacked card that emanated from the Amway Center in sun-soaked Orlando, Florida. The card, which was topped by a lightweight title bout between champion Rafael Dos Anjos and challenger Donald “Cowboy” Cerrone, marked the third time the lightweight title has been contested on Fox, and featured action in seven of the UFC’s ten divisions.

Highlighted by some spectacular stoppages, and the addition of Dominick Cruz to Joe Rogan and Mike Goldberg’s commentary team, the UFC’s return to The Sunshine State delivered as a fun one, and a great way to close out another year of MMA.

Here’s a recap of the action for those who missed it!

The main event of the evening paired new lightweight champion Rafael Dos Anjos with the UFC’s most famous gunslinger, Donald “Cowboy” Cerrone. The title bout marked a rematch of a 2013 clash that saw Dos Anjos emerge the victor with a well-earned unanimous decision. This time around, the Brazilian won even more decisively.

From the moment the opening bell rang, the champ began to tag his American challenger. One knee, one kick, and a swarm of punches later, and Herb Dean was diving into the fray to save the battered Cowboy from further punishment.

The win, which occurred just over a minute into round one, marks one hell of a first defense for Dos Anjos. He’s now 25-7 overall, and despite a shaky start in the UFC, is now on a 5-fight streak, including decision triumphs over Nate Diaz and Anthony Pettis, and first-round knockouts of Benson Henderson and Cowboy.

Cerrone, meanwhile, has an 8-fight win-streak derailed by the lopsided loss, and tastes defeat for the first ….View full article