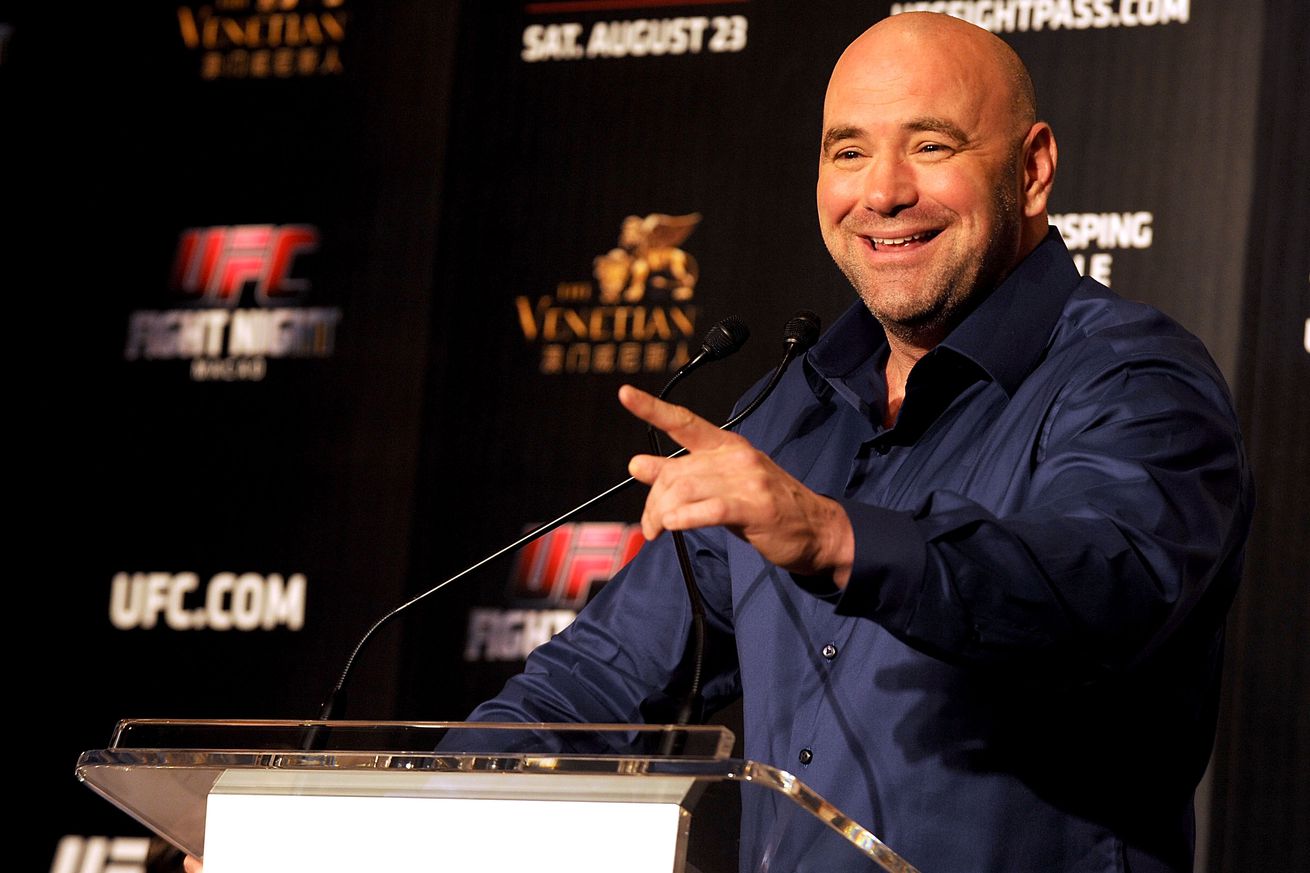 Ultimate Fighting Championship (UFC) President Dana White is used to winning awards for his tireless efforts in mixed martial arts (MMA), but I’m not sure this latest accolade from New York Daily News columnist Bob Raissman — titled “Dweeb of the Week” — will make the fireplace mantle.

In 2001, Lorenzo and Frank Fertitta, along with high school pal Dana White, bought the floundering UFC for $2 million. Now, reports suggest UFC is in advanced talks to be sold for nearly $4 billion. On Tuesday White, the face of UFC, shot down those reports. But Thursday, White double-talked through Dan Patrick’s line of questioning. Twice he told Patrick UFC is “not up for sale” before saying if someone shows up with $4 billion they would “definitely” talk. Then he said: “If I’m in the middle of a deal there’s a lot of confidentiality involved in it.” Dizzy yet? He then said UFC is looking to expand to China, home of the reported highest bidder â€” The Wanda Group. White said his UFC days would likely be over if there was a sale. Is he sure of anything? White should follow the advice he gives his fighters and that’s to keep his mouth shut.

Double talk? Not our Uncle Dana!

UFC was reportedly courted by a handful of financial conglomerates interested in purchasing the world’s largest combat sports promotion (more on that here). Nothing is official at this time, but White insists UFC is not for sale and the story was fabricated for clicks.

As for his dweebery?

That’s a fine how-do-you-do after what UFC just did for the “Big Apple.”