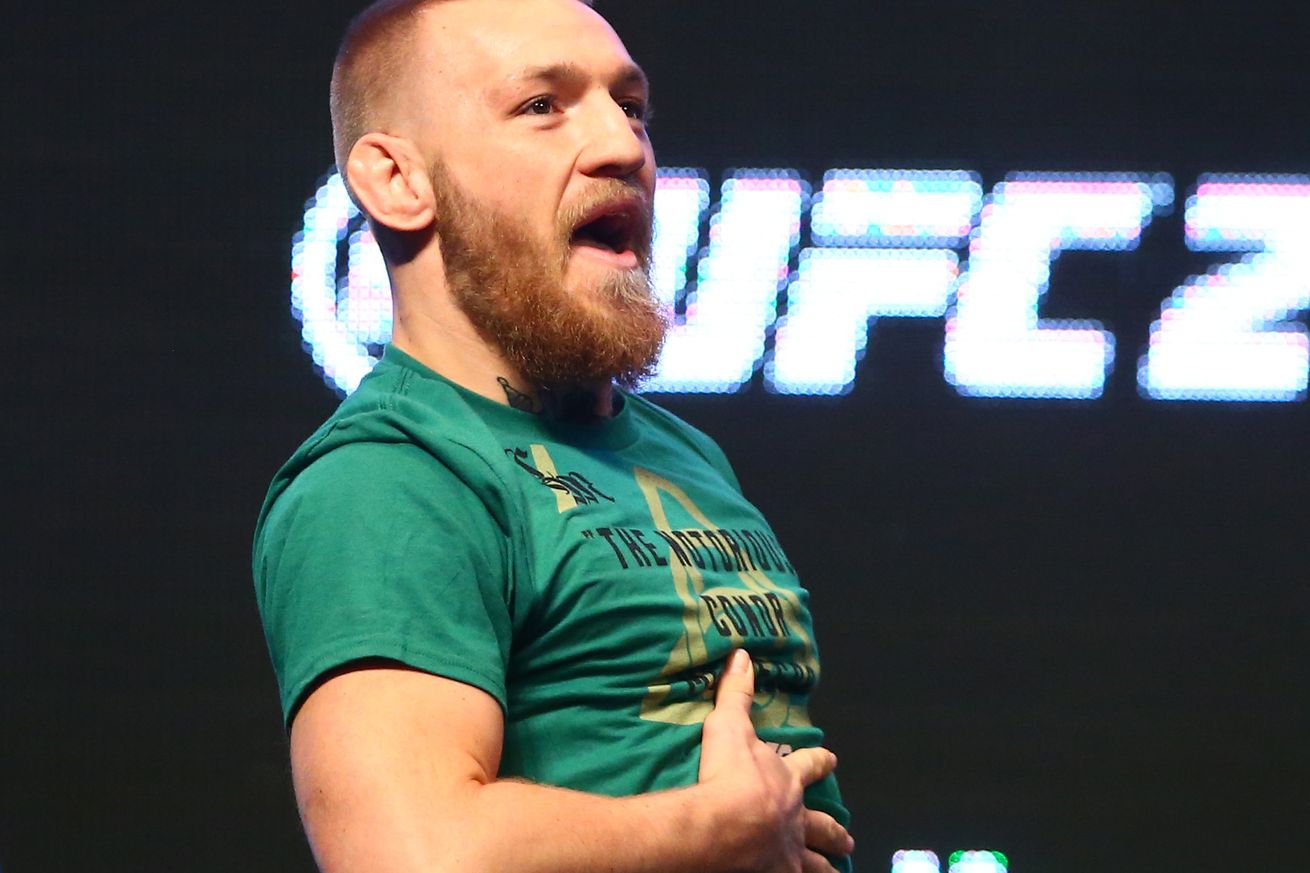 Everybody who has seen the side-by-side pictures of Conor McGregor at UFC 194 weighing in at 145 pounds and yesterday at UFC 196 weighing 168 pounds knows that the latter was a much healthier look for the Irish fighter.

And if you’re asking UFC president Dana White, he’ll tell you that he thinks McGregor’s future is probably in a weight class where he doesn’t look like a reanimated skeleton during the weight cut.

Which is a little awkward, given the fact the man just won the featherweight belt in December.

“I think if he wins impressively [Saturday], he doesn’t even go back to 45,” White said Friday in Las Vegas. “That’s what I think. That weight cut is horrible for him. He looks terrible. I’m sure he feels terrible. I think he stays at 170 if he wins tomorrow.”

Despite looking terrible during his weight cuts to 145 pounds, McGregor has never had performance issues. A day after Urijah Faber mocked the fighter for looking drawn out at UFC 189 weigh ins, the Irishman dispatched teammate Chad Mendes in two rounds.

We have yet to see what an all-beef diet McGregor looks like (we’ll find out tonight), but it’s safe to say he’s easier on the eyes at this weight class. He’s already said he wants to take the belt from Robbie Lawler, which has proven a nearly impossible task since Lawler snatched it from Johny Hendricks at UFC 181 in 2014.

And although a mere two months ago the idea of a jump to lightweight sounded laughable, let alone welterweight, don’t be surprised if he starts hinting he wants to take a run at Luke Rockhold and company with the big dogs at 185 pounds.

Nevertheless, McGregor has always boasted he can get back down to 145 pounds “no ….View full article