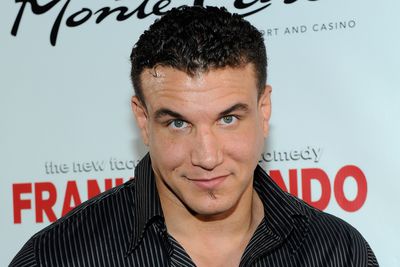 “I’m not going to name names. But in a gym that I have trained at in the past, there’s other top level professional fighters training there. One professional fighter in particular, happened to be taking a shower after practice. Somebody, who was a blue belt-level guy, never fought in his life, was outside on the mats critiquing said fighter’s performance and giving his own two cents. It wasn’t taken very well, from what I heard later on from several people. Because obviously when I show up at the gym, I’m like ‘what happened? Said professional fighter, who has had experiences in PRIDE and in UFC, so he’s a legitimate guy at the top of his game at that time. He overheard the discussion on his ‘lack of ability’. So when he stepped out of the shower, he didn’t take the time to get dressed, ’cause he was angry. So he came out in a rage, attacked said critic, who was basically balled up, defenseless on the ground. So said professional fighter, stark naked, grinding up a guy on the ground, and no one wanted to break up the fight. I asked why they didn’t do anything, ‘Bro, he was naked’. ….View original article