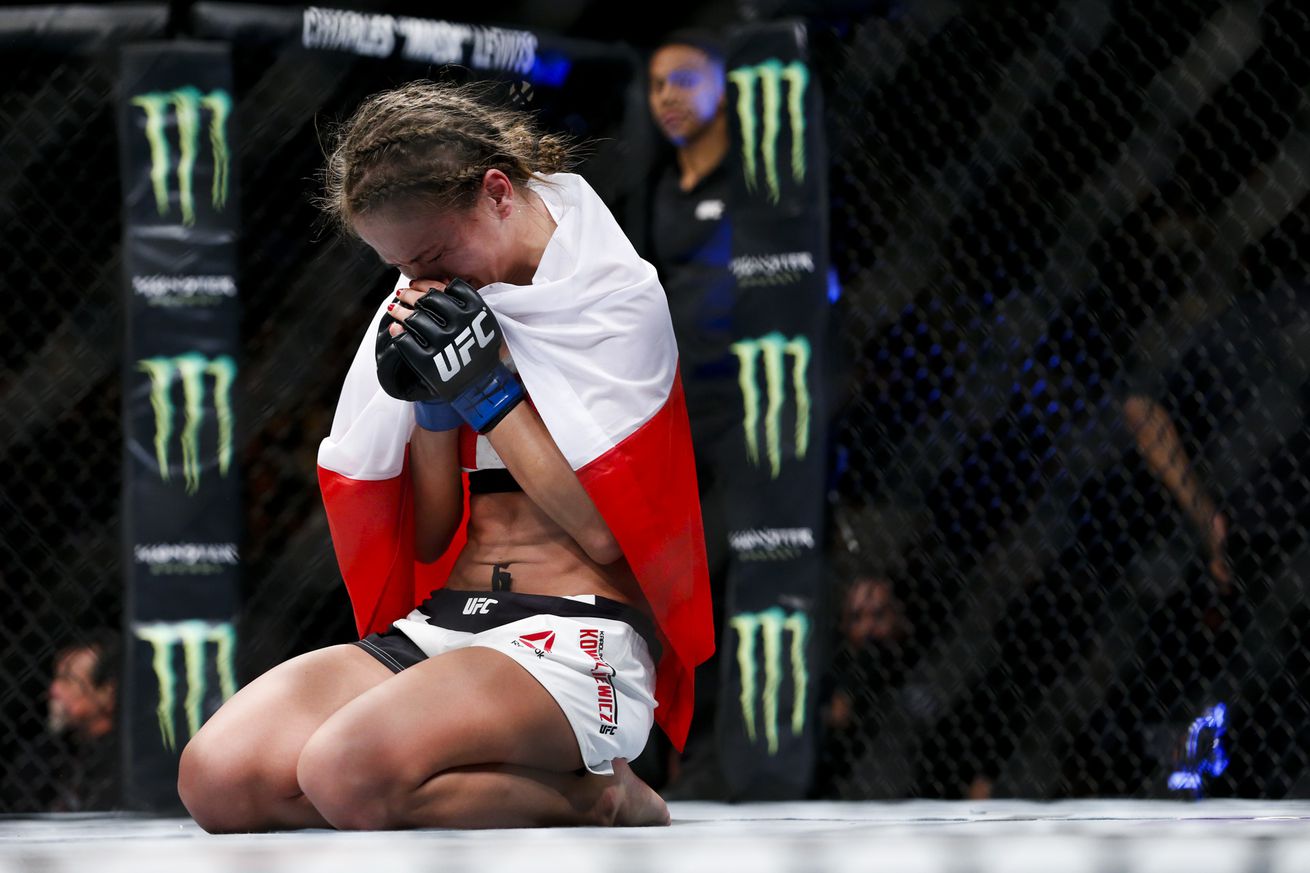 A strawweight bout between Poland’s Karolina Kowalkiewicz and Heather Jo Clark has been made official for the UFC’s maiden venture into The Netherlands.

On Monday, the UFC announced that the bout was added to UFC Fight Night 87, which takes place on May 8 at the Ahoy Rotterdam.

The 35-year old Clark (7-4) was a participant on The Ultimate Fighter 20. Though she hasn’t fought in 15 months due to injuries, she won in the season’s Finale back in Dec. 2014 against Bec Rawlings.

The undefeated Kowalkiewicz (8-0) made her UFC debut against another TUF 20 alum, Randa Markos, this past December, scoring a unanimous decision in Orlando. The 30-year old Polish fighter has also appeared in Invicta an KSW in her native country.

UFC Fight Night 87 will feature a heavyweight clash between Andrei Arlovski and Holland’s own Alistair Overeem in the main event, as well as a co-main pitting Stefan Struve against Antonio Silva.