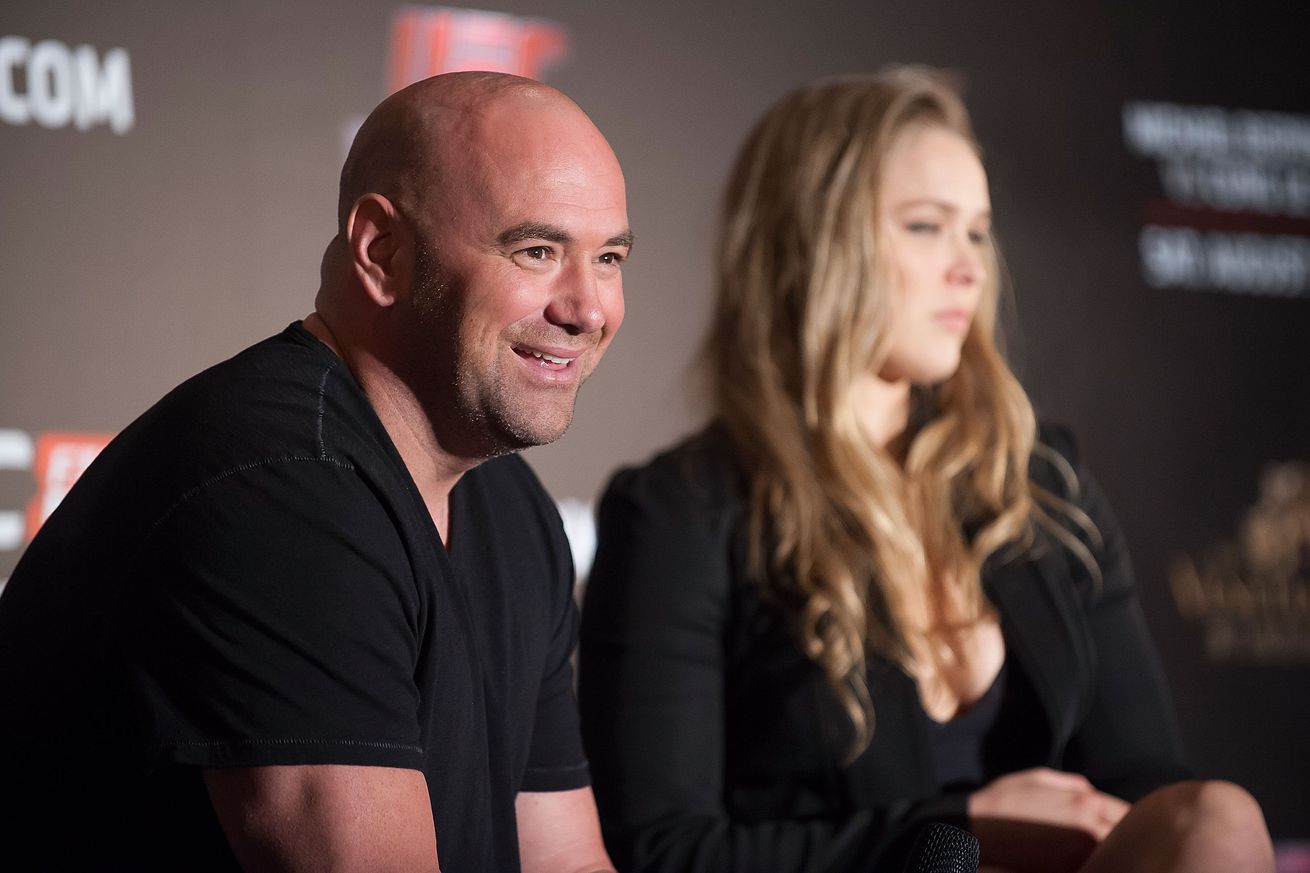 It wasn’t that long ago when mixed martial arts (MMA) wasn’t even considered a “real” sport, so it’s nice to see Ultimate Fighting Championship (UFC) President Dana White, along with new boss Ari Emanuel and top draw Ronda Rousey getting their due.

This latest accolade comes from Sporting News, as part of its “50 most influential people in sports” poll for 2016. White clocked in at No. 12, while Emanuel was No. 26. Rousey just managed to crack the list at No. 50.

How were their spots determined?

Sporting News polled 21 experts from across the sports spectrum, including executives and officials from various leagues, teams, networks, news outlets and organizations, and asked them to name the most influential people in sports in 2016. The result is the SN50, a comprehensive ranking of the biggest power brokers, both on the field and in the boardroom.

White and Co. sold UFC to WME-IMG for a staggering $4.2 billion earlier this year, which saw former CEO Lorenzo Fertitta step down in favor of Emanuel. White will remain on for the next five years.

Rousey, on the other hand, did not have such a great year, thanks to last November’s knockout loss to Holly Holm. In fact, “Rowdy” is expected to miss her entire 2016 fight campaign as she finishes up her obligations outside the Octagon and prepares for her inevitable comeback.

I’m sure it will be a big deal, but as far as overall influence, I would have probably given her spot to this guy.