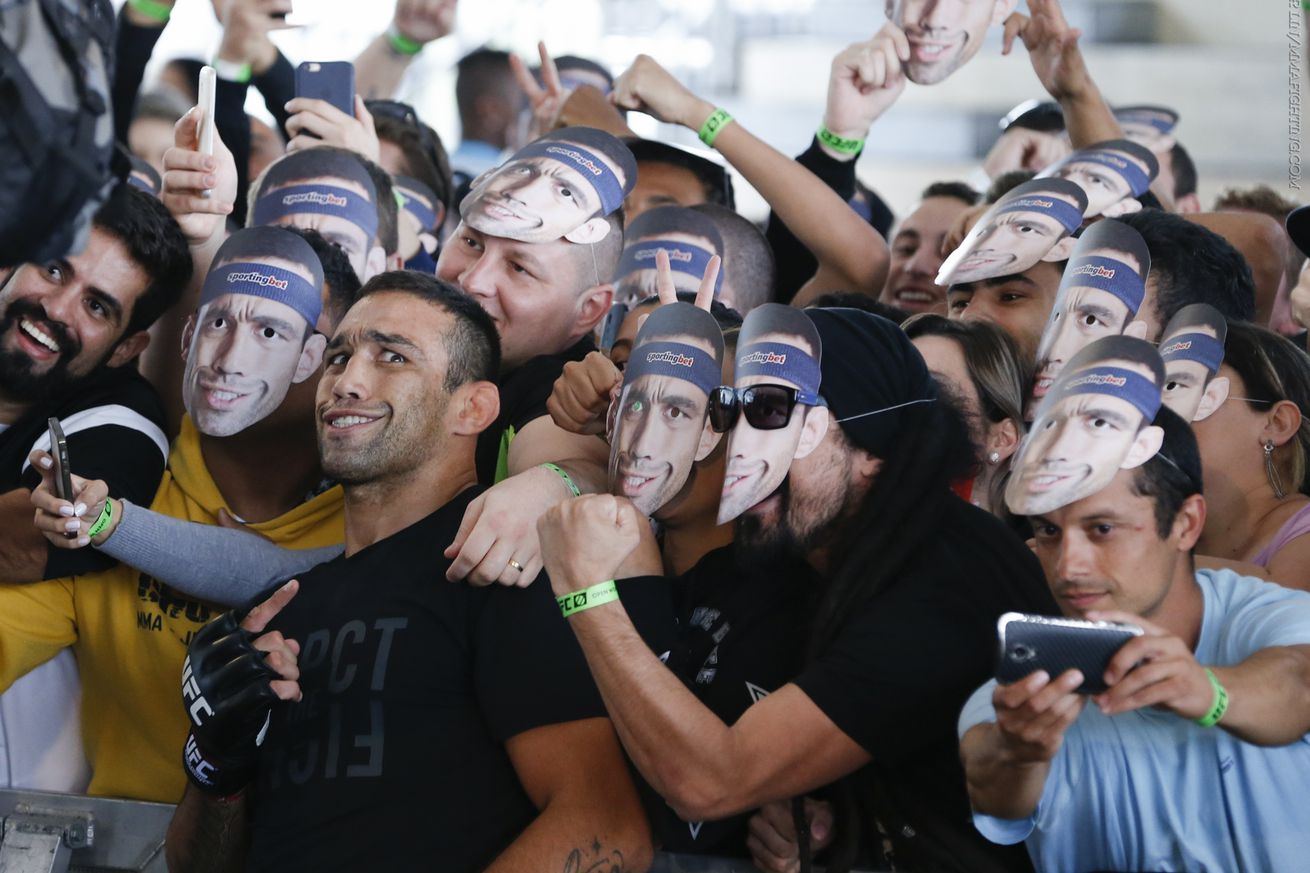 CURITIBA, Brazil — The UFC is about to stage its biggest event ever in Brazil, and the company is excited with the feedback.

With 45,000 tickets sold in only nine hours, UFC 198 is already a big success, and UFC general manager in Brazil, Giovani Decker, compares it to the upcoming Olympic Games, scheduled for August in Rio de Janeiro. Not even the cancelation of a main card bout between Brazilian star Anderson Silva and Uriah Hall changes their expectations.

“Anderson is a legend, one of the most important athletes in the history of sports in general in Brazil,” Decker said during a media scrum. “Of course that losing him would impact the event, but this card has also transcended MMA already. It’s one of the biggest events this year in Brazil, only a bit behind the Olympics. It’s a success already. It’s sold out, we have high expectations. We expect it to continue to be a success.”

Sources close to the situation told MMA Fighting that Hall was offered a new opponent for UFC 198, but turned down a new fight. According to Decker, the decision to remove Hall from the fight after Silva was hospitalized came from the promotion.

“The UFC cancelled the fight,” Decker said. “We considered (a new opponent), but the UFC discussed with Hall’s team and we thought it would be better to cancel the fight. Uriah didn’t turn down anyone. The final decision came from us.”

Silva will be sidelined from training for four to six weeks after undergoing surgery on Wednesday, and Decker didn’t sound optimistic about booking “The Spider” vs. Hall for UFC 200 on July 9.

“Dana [White] and Lorenzo [Fertitta] can answer that,” he said. “I think it’s a bit unlikely because it’s too hard [for Silva], it takes a while for ….View full article