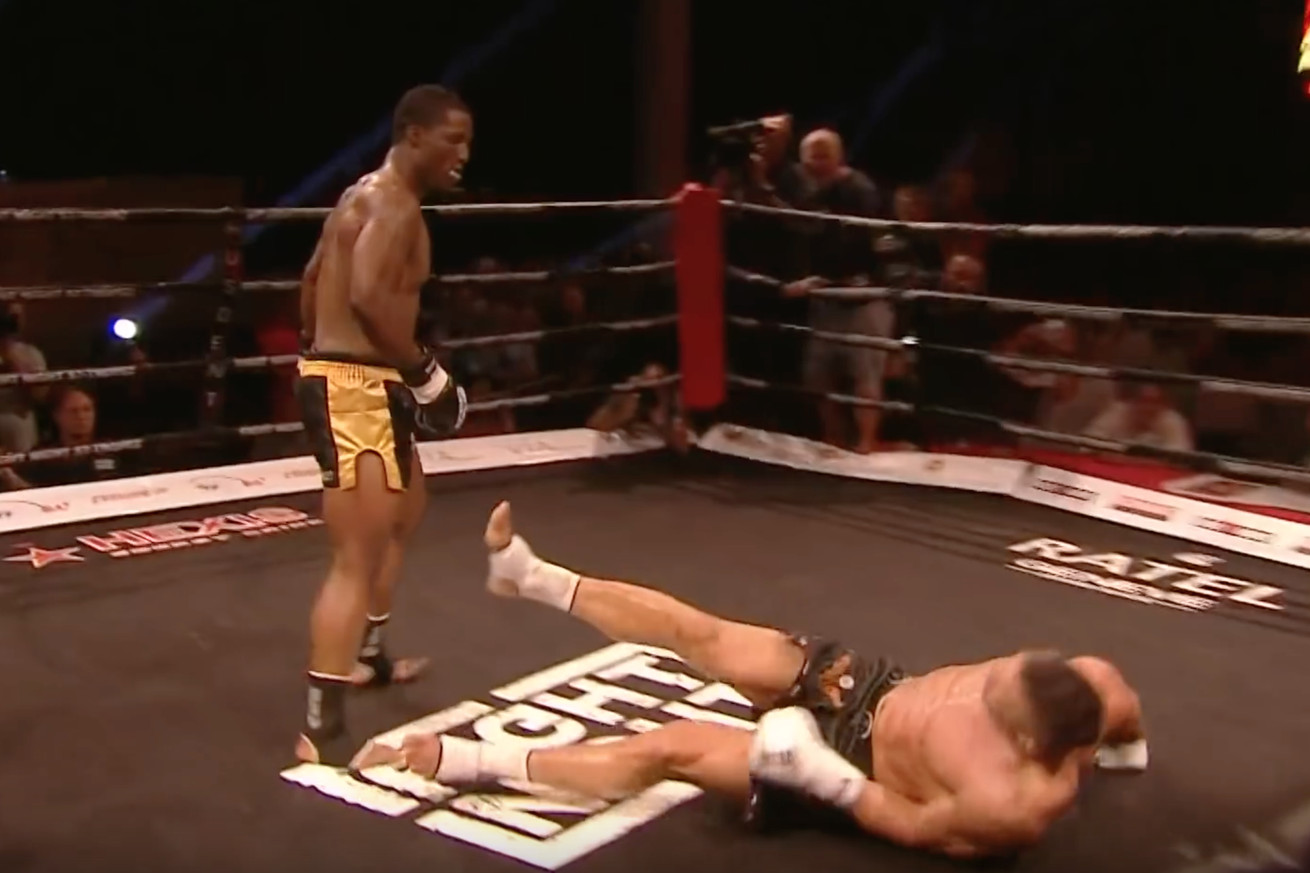 Karl Roberson’s introduction to professional kickboxing was quite unique to say the least.

The 26-year-old fighter, who recently got his ticket to the big leagues of MMA by scoring a 15-second knockout at Dana White’s Tuesday Night Contender Series 3, is no stranger to high-level competition despite having fewer than 10 professional bouts in both MMA and kickboxing combined.

Back in August of 2015, Roberson got a call to serve as a late replacement in a kickboxing bout overseas. That bout would mark Roberson’s professional debut, having only two amateur bouts under his belt.

“One of my friends-kickboxing guys with Friday Night Fights called my coaches and said, ‘hey, I got an opportunity for you,’” Roberson told MMA Fighting. “My coach was like, ‘yeah, what is it?’ and he’s like, ‘what do you think about going to France?’ And I was sitting next to him and I was like, ‘France? What’s in France?’ and he’s like, ‘Jerome Le Banner.’

Le Banner was looking to walk away from his legendary 23-year-long fighting career that had him holding multiple world titles and defeating world class fighters such as Ernesto Hoost, Tyrone Spong, Remy Bonjasky, Mark Hunt, Peter Aerts, and the list goes on. It was the Frenchman’s 106th professional kickboxing bout.

With no professional experience and having to move from middleweight to heavyweight, it’s clear that Roberson took the redundant ‘I’ll fight anybody anywhere’ saying to a different level.

“Me, I don’t care, I’ll fight anybody,” Roberson said. “If I could step in the ring with the legend, let’s do it. I didn’t have to think about it. This happened like a week and a half before because the person he was supposed to fight pulled out, so I had a week and a half to get ready and go out there.”

After accepting the bout, the New Jersey fighter flew to Saint Tropez to meet Le Banner. The fight didn’t go exactly the way many expected. The young Roberson suffered a decision loss to the former K-1 and ISKA world champion, but it was a controversial one, as Roberson arguably stopped Le Banner in the second round.

“It was his retirement fight so when I look back, I’m like, ‘okay, they did that for a reason,’ Roberson explained. “So the first knockdown they didn’t call it a knockdown, they called it a slip. So they gave him another like 10 or 15 seconds to get himself together and then, as we’re moving around, I hit him with an uppercut-hook and he dropped hard, like hard. I then went to the corner and the ref didn’t start counting and he told me to move to the other corner. So I went to the other corner and then he started counting.

“As the rules are supposed to go, another judge outside is supposed to be counting and the ref is supposed to pick up where he left off. But that didn’t happen. They gave Jerome I think it was 35 seconds to get up. Like they pretty much waited until the end of the round, got him up, shook him up, trying to get his brain back. So that was a real sheisty move, but it is what it is, it’s the fight game. I don’t have any malice towards them or anything. It is what it is.”

Coming close to stopping the heavier, more experienced Le Banner under questionable refereeing, Roberson says he’s picked up plenty of confidence and he’s been able to carry that over to his undefeated MMA career.

“Mentally it opened my eyes,” Roberson said. “All the hard work and training that I did added up even though I took it on short notice, I was still in a good space in training. So that opened up the power that I have and my confidence that I could stand and compete with anybody. Especially with the size difference, I realized I have a lot of pack to my punch, so now I’m not worried about anybody. I now I can stand and punch with anybody, that helped me out a lot.”

Roberson, who’s scheduled to take on Darren Stewart at UFC Fight Night 120 in November, believes his record doesn’t reflect the experienced he carries over into a fight, and believes he can fare against the top 10 of the UFC middleweight division.