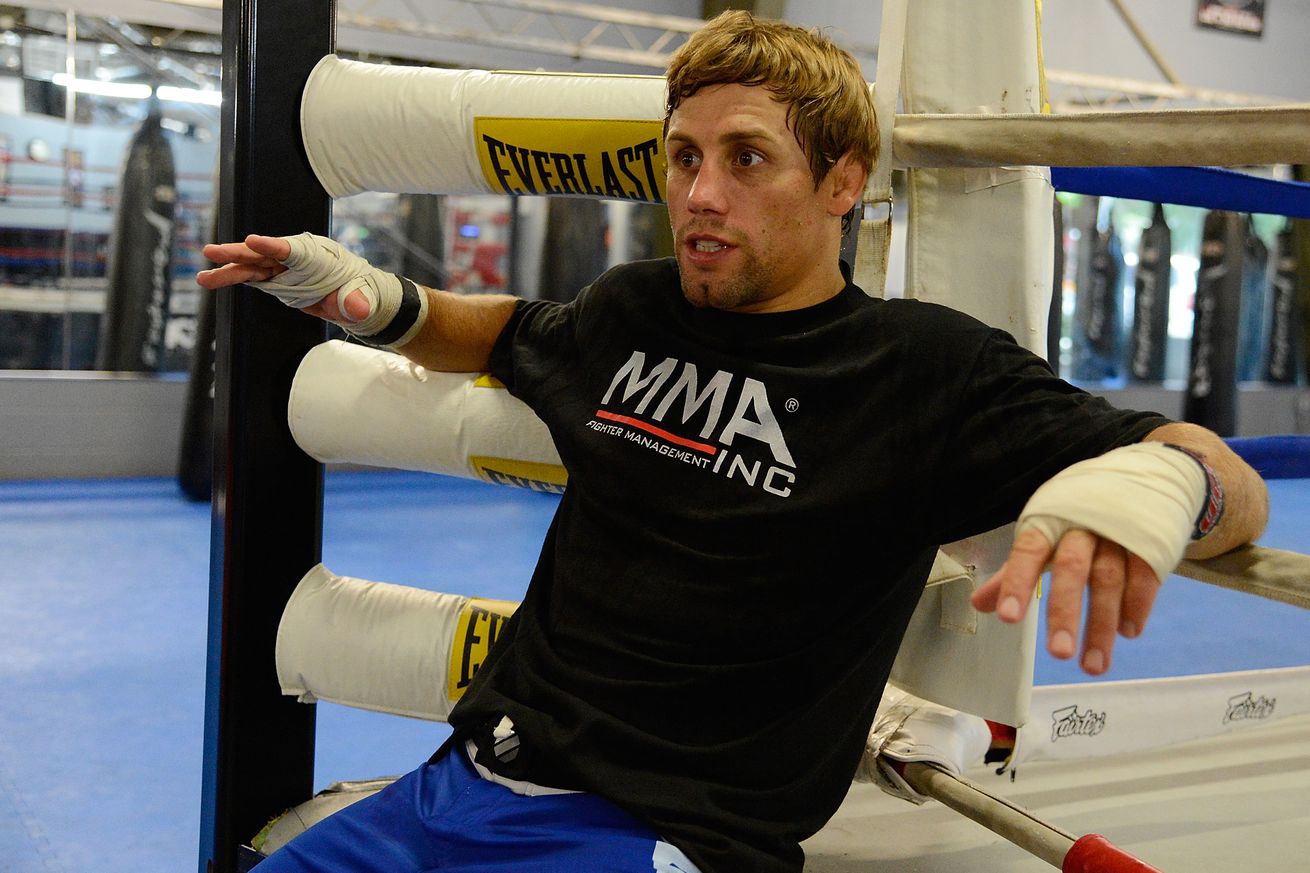 Even in the midst of gearing up for a trilogy fight opposite current Ultimate Fighting Championship (UFC) Bantamweight king Dominick Cruz this Saturday (June 4, 2016) at UFC 199, perennial title contender Urijah Faber can’t seem to dodge the Conor McGregor boxing talks.

In Faber’s defense, McGregor’s ongoing publicity stunt with boxing legend Floyd Mayweather Jr. has reached every nook and cranny of the combat sports world. It was inevitable that “The California Kid,” who has a history with the Irishman leading back to their coaching stints opposite one another on The Ultimate Fighter, would have something to say about “Notorious” and his speculated summer matchup with “Money.”

“Stay away from boxing, Conor.” said Faber at Thursday’s UFC 199 press conference (transcribed by MMA Fighting). “Not that he can’t do great over there, but this is a sport he loves, this is a sport he’s been training for.”

While Faber has a point, it was reported that McGregor could clear $50 million in a potential boxing fight with Mayweather. That’s serious cash for the kind of superfight that Faber himself is looking for.

“I’ve told the UFC brass I want big fights, fights that are going to put money in their pockets and money in my pockets and staple me as one of the best of all-time,” added Faber. “Beating Dominick Cruz is a step in that direction, but it’s just the beginning.”

UFC 199 will be headlined by a Middleweight title fight between current champion Luke Rockhold and divisional mainstay Michael Bisping.