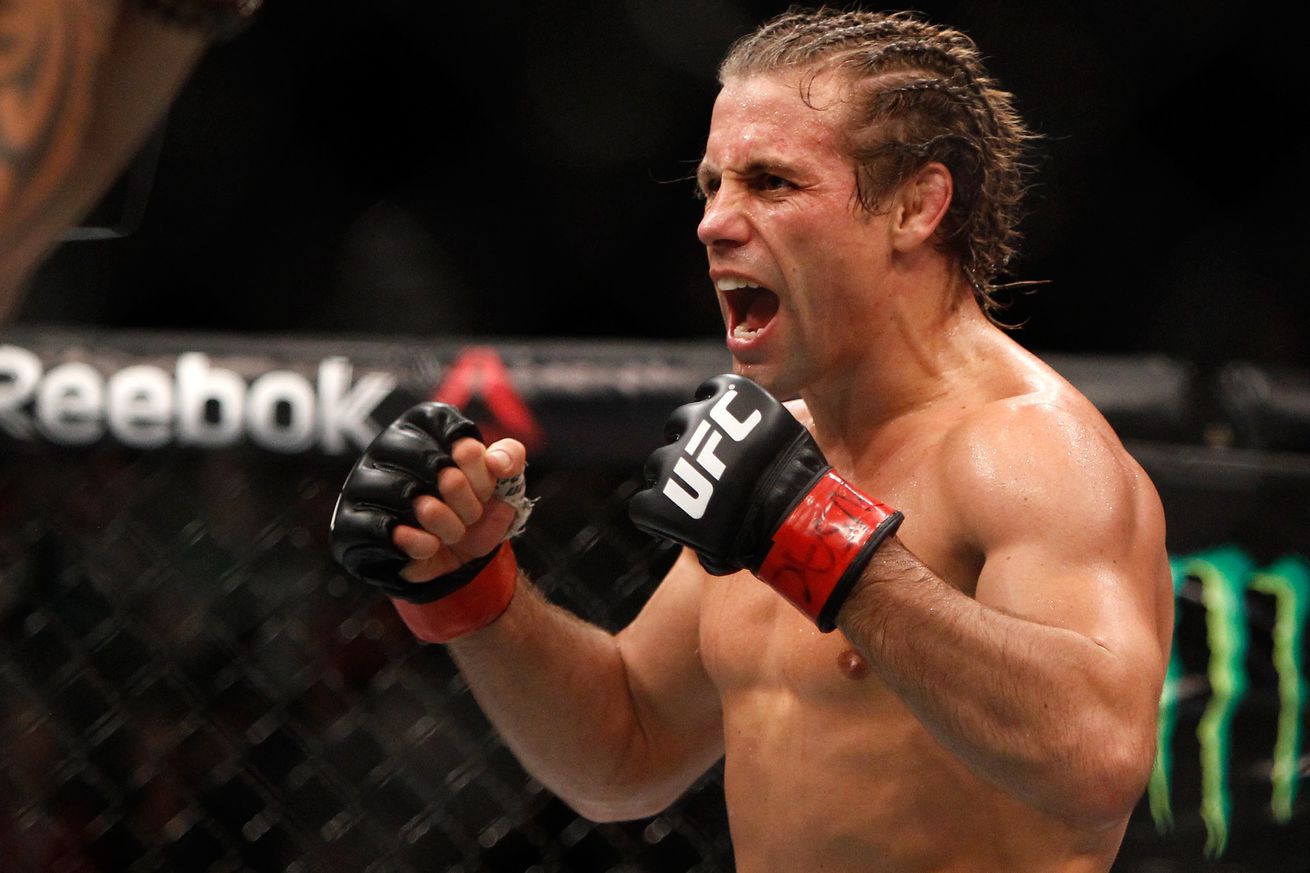 I’m sure you already knew this was coming.

Not long after Dominick Cruz was crowned Ultimate Fighting Championship (UFC) bantamweight titleholder (again), thanks to a five-round decision win over TJ Dillashaw in Boston (watch it), former World Extreme Cagefighting (WEC) rival Urijah Faber was calling for a trilogy fight against “The Dominator.”

“He’s a real champion, he’s a true champion, he’s only lost to one team, that’s Team Alpha Male; He’s only lost to one guy, that’s me and I feel like I beat him the second time also. I connected to his chin, I know he feels like he’s hard to hit. I found his chin, his butt found the ground, and I’m going to make that happen again. So let’s do it, Dom, this has been a long time coming. I’ve been sticking around a couple extra years just to let you heal up buddy, you’re not made for battle. Thank goodness you made it out this thing, hopefully alive, hopefully, the foot’s okay. Let’s do this. Old news, new news – let’s get it done.”

Cruz (21-1) was expected to face his Team Alpha Male nemesis at the conclusion of The Ultimate Fighter (TUF) 15; however, an injury sent him to the sidelines and Renan Barao stepped in to take his place.

“I’m still talking about him? I don’t even want to talk about him,” Cruz said at the post-fight press conference. “How many title shots has he had? Look at all these guys looking to take out a guy who’s had one minute of fighting in the last four years. So I guess I’ve got to pat ….View full article