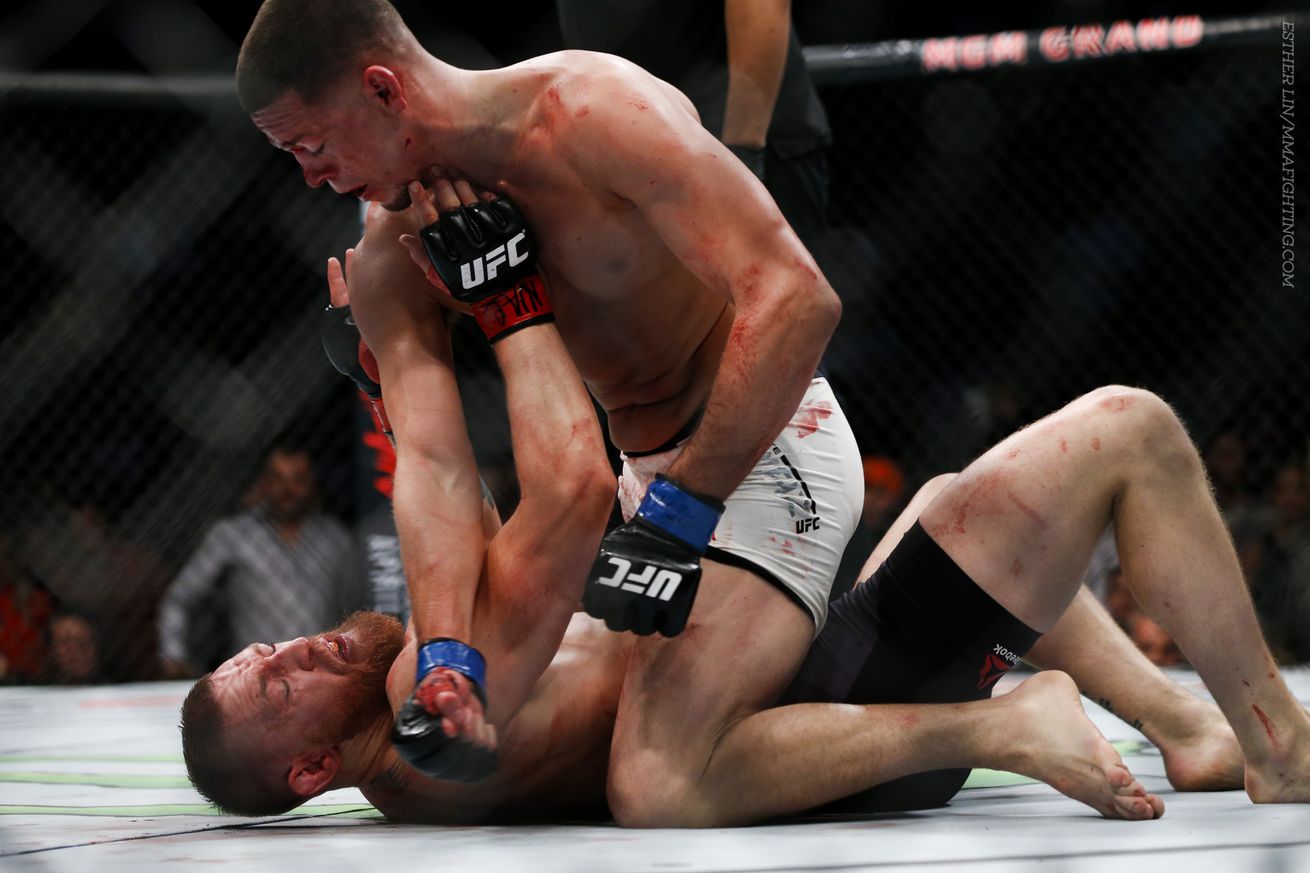 “I think it’s a tough fight for him to win, but he’s always got those heavy hands,” Faber told TMZ Sports this week. “Conor has some heavy hands. But the Diazes are known for taking a beating and coming back stronger.”

Diaz beat McGregor via second-round submission with a rear-naked choke at UFC 196 earlier this month. No title was on the line and the two men were fighting out of their regular weight classes, but it ended up being a huge hit at the box office — to the tune of nearly 1.5 million pay-per-view buys, according to UFC president Dana White.

The fight was so successful that the UFC is going to run it back at UFC 200 on July 9 in Las Vegas, MMA Fighting’s Ariel Helwani reported Friday.

“I think it’s gonna be a good one,” Faber said. “I’m sure Conor wants that one back. I mean, he got whooped. He didn’t even fight the hands, man. I’ve been trying to tell Conor, you gotta work on your jits. Diaz is tough, man. A lot of people don’t know how tough Diaz is.”

Faber was offered the fight with McGregor at UFC 196 when Rafael dos Anjos got hurt and pulled out less than two weeks out. But the UFC — and McGregor — chose Diaz as the opponent.

“That’s exactly what Dana told me — ‘Hey, Conor wants to fight Diaz,'” Faber said. “That backfired. … I’m definitely a bad matchup for him, though. I have the most submissions in UFC history and he has a history of submitting.”

Faber has a similar feeling about McGregor and Diaz.