Home MMA News Urijah Faber: I tried to warn Conor McGregor to work on his jiu-jitsu before he got ‘whooped’ by Nate Diaz
ShareTweet 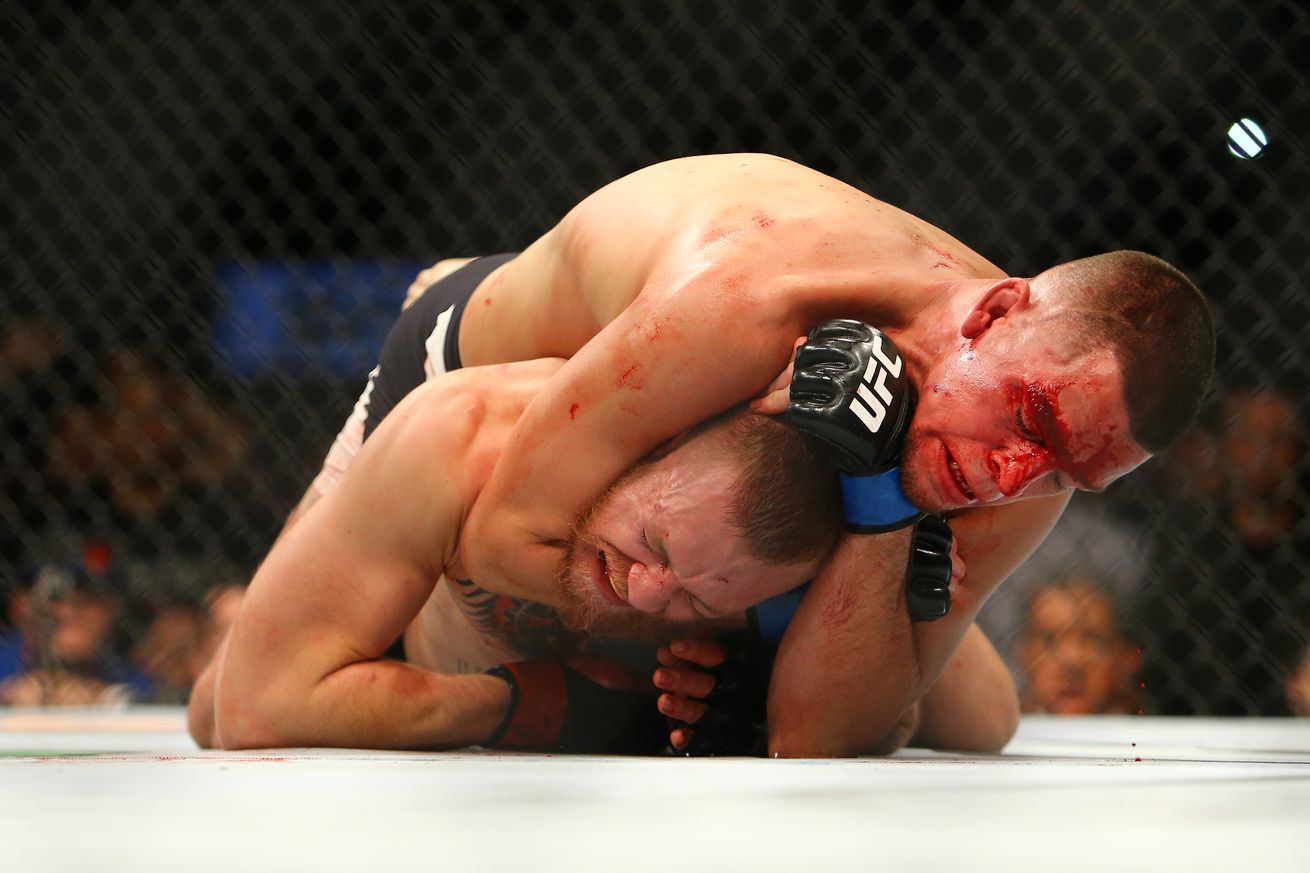 Not only did the Team Alpha Male captain help train Chad Mendes for his “Notorious” title fight at UFC 189, he also spent several weeks coaching alongside the fiery Irishman on the set of The Ultimate Fighter (TUF) 22 in late 2015.

Somewhere along the way, he noticed a deficiency in McGregor’s skill set.

“He got whooped,” Faber told TMZ Sports (via Bloody Elbow). “He didn’t even fight the hands, man. I’ve been trying to tell Conor, ‘you gotta work on your jits.’ But Diaz is tough, man. A lot of people don’t know how tough Diaz is.”

After winning his first seven bouts under the ZUFFA banner, McGregor (19-3) moved up to the welterweight division for a UFC 196 super fight, only to get choked into submission by lightweight grappling ace Nate Diaz (watch it).

Can’t say “The California Kid” didn’t try to warn him.