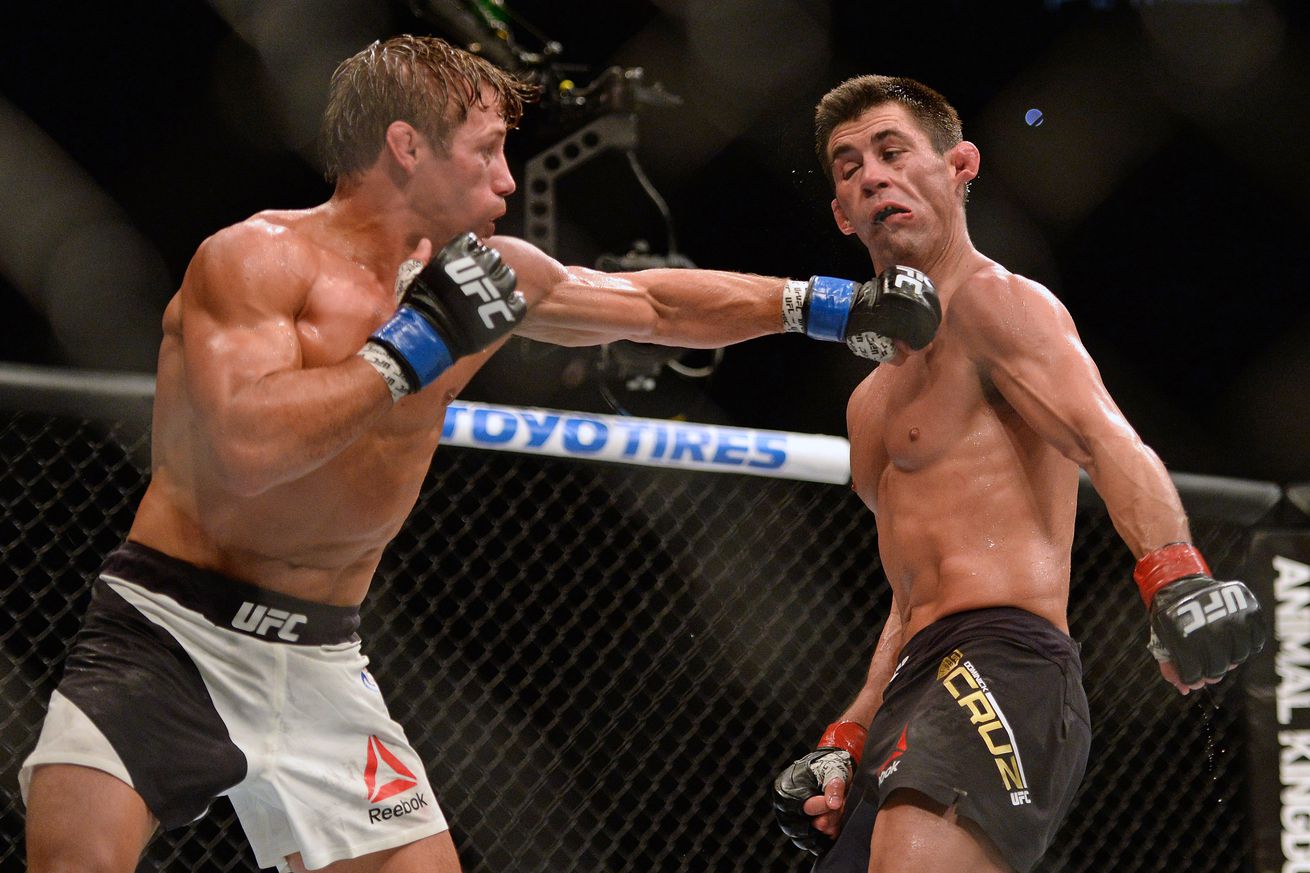 TORRANCE, Calif. — Urijah Faber got caught with his pants down. Literally.

The popular UFC bantamweight’s shorts fell down during the first round of his title fight with Dominick Cruz at UFC 199 earlier this month in Los Angeles. Faber, to his credit, kept fighting.

While others might have been embarrassed by their bare butt being exposed to millions, Faber has basically just laughed it off.

“There’s no shame in my game,” Faber said with a laugh at an appearance at CrossFit South Bay. “The best things were the memes with my chin and my butt matching. It’s hilarious. I actually posted it on my Instagram.”

Faber was at the gym for his sponsor Steel Sports, a company that works to improve youth sports. “The California Kid” went through a CrossFit class with the members of the gym. His shorts did stay on during the circuit routine, unlike the ones from his Reebok fight kit on June 4 at The Forum in Inglewood.

“The Reebok outfits, that happened in my last fight, too,” Faber said. “I was constantly pulling up my shorts. I like the material, but they need to make them so they fit better. I don’t know what the deal was. My ass was hanging out.”

Reebok became the UFC’s apparel sponsor in July 2015 and the results have been comedic at times, with a multitude of spelling errors and other issues published on gear sold to the public.

Other times, it hasn’t been so funny starting with the fact that many fighters have lost a lot of money on the deal, since they can no longer wear logos from their personal sponsors in the Octagon. In a particularly disgraceful foul-up, Reebok forgot to include ….View full article