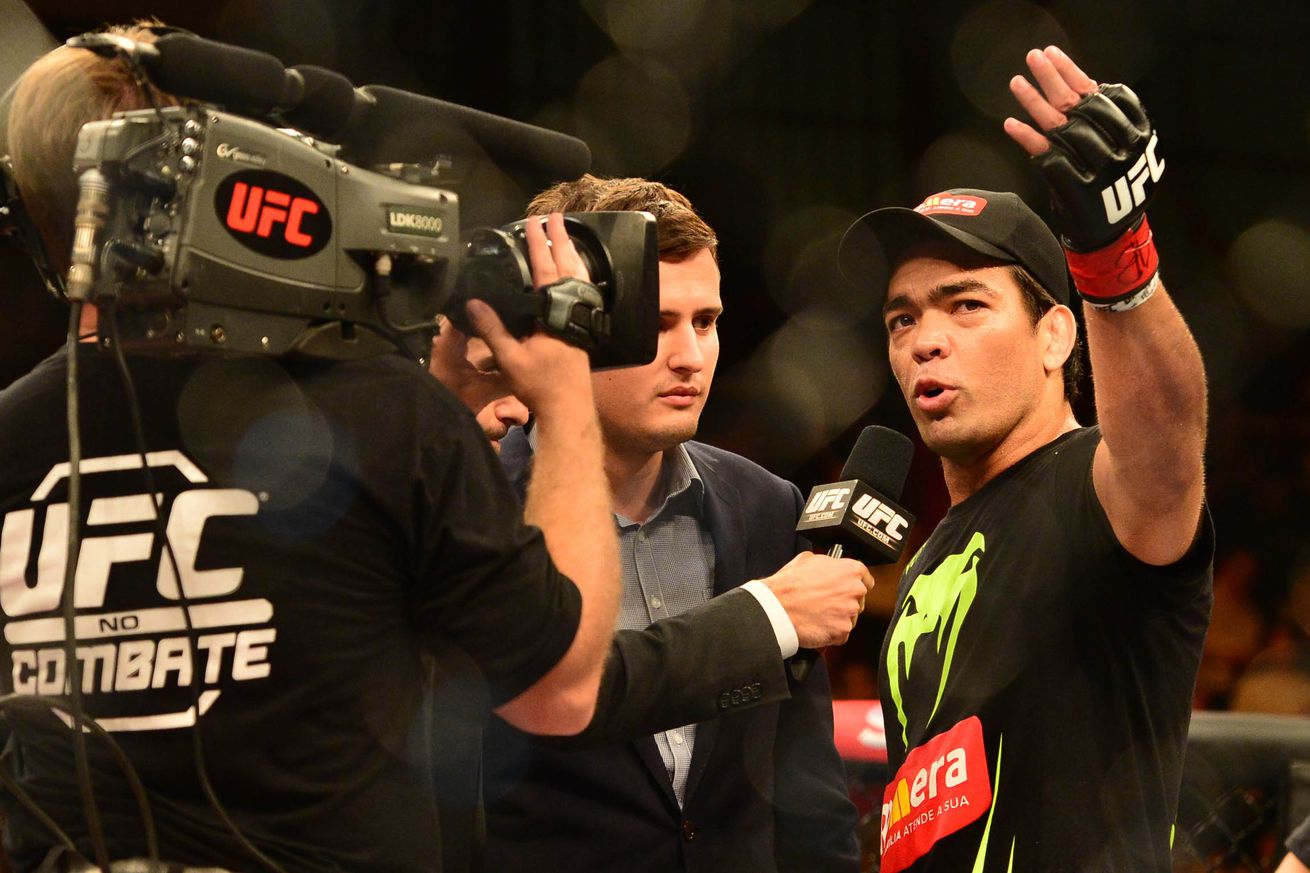 No reason to be a dick about it.

Machida listed 7-Keto (which contains the prohibited substance DHEA) on his pre-fight declaration ahead of his Dan Henderson showdown at UFC on FOX 19 back in April, which resulted in his immediate withdrawal from the middleweight contest.

“The Dragon” blamed USADA for failing to educate him — as well as the rest of the roster — on the specifics of banned substances. In addition, the Brazilian called the punishment “extremely unfair” (see those comments here).

USADA spokesperson Ryan Madden, however, paints a very different picture to MMA Fighting and even goes so far as to suggest that Machida may have had something to hide by avoiding arbitration.

As people who are familiar with this space can attest, when you go to arbitration, all of the details surrounding the athlete’s use of the prohibited substance are made public in the arbitrator’s reasoned decision … which is something that their counsel will advise them on and be taken under consideration.

Sometimes, I suppose, it’s just easier for the athlete -€” at least from a public relations standpoint -€” to accept the sanction and then try to control the narrative in the media. It’s unfortunate for sure, but that’s what we’re seeing here.

Machida’s levels were 15x above normal, according to Madden.

Things are going from bad to worse for the Brazilian. Not only is he banned from the Octagon until late 2017, “The Dragon” — who will be 39 upon his return — is coming off violent, back-to-back losses to Luke Rockhold and Yoel Romero.

And the 185-pound division isn’t getting any easier.