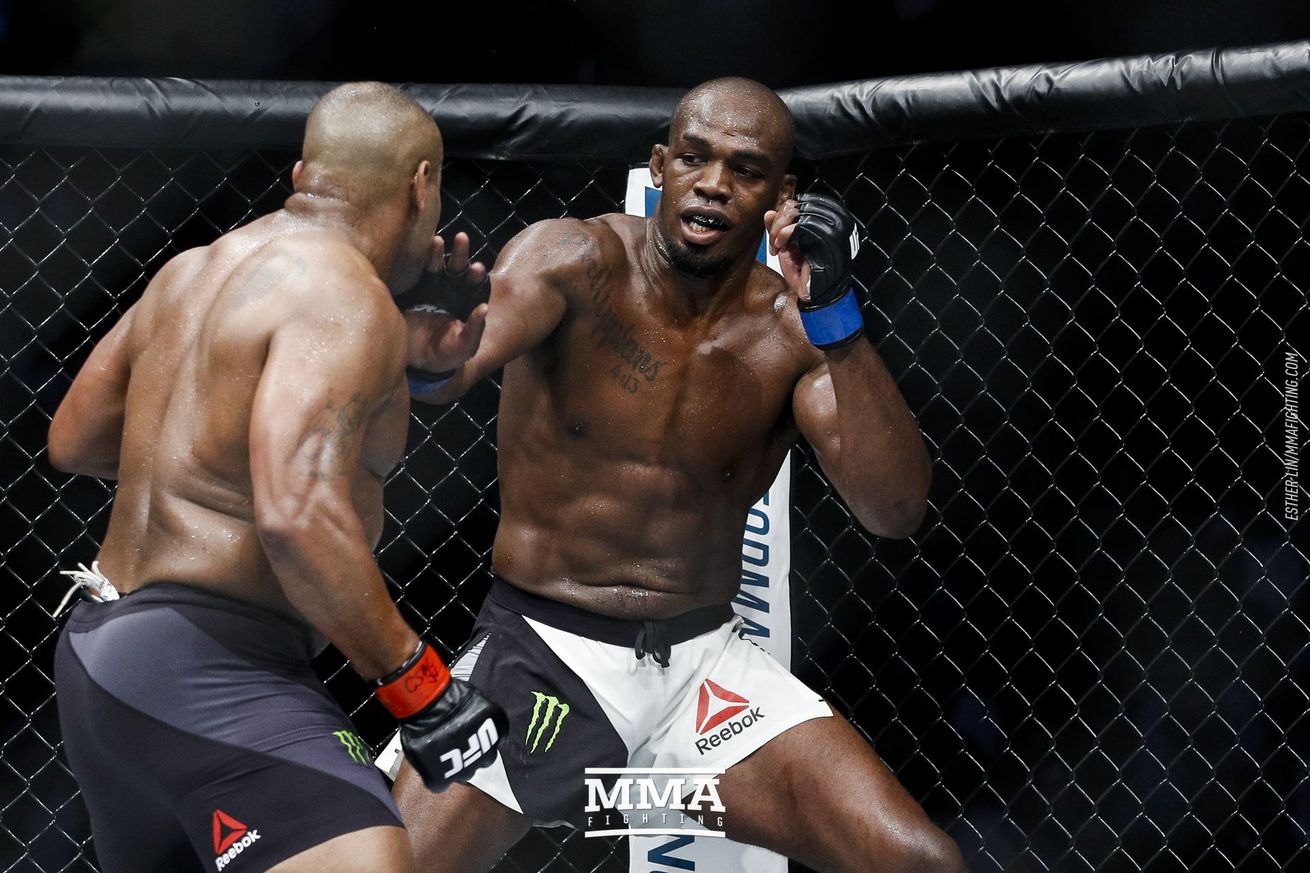 Jon Jones tested positive for a prohibited substance in an in-competition drug test in relation to his UFC 214 fight last month. The fallout from that will reverberate over the MMA and sports world for a long time coming.

USADA, the UFC’s anti-doping partner, issued a statement to MMA Fighting on Wednesday, intimating to take the positive test at face value and nothing more at this time. Jones, after all, has yet to go through the adjudication process and no one is sure if he knowingly took a banned substance. Jones’ team has denied that he knowingly cheated and ingested something prohibited.

“We can’t comment on an on-going case, but importantly all athletes under the UFC anti-doping program are innocent unless and until the established process determines otherwise,” a USADA spokesperson said in a statement. “As part of this process, Mr. Jones is given the opportunity to be heard, confront and cross examine the evidence and have the ultimate decision of whether he violated the rules or not be decided by independent judges. It’s only fair to let due process occur before drawing any conclusions about Mr. Jones.”

Jones failed the drug test stemming from a sample collected July 28, after the UFC 214 weigh-ins. A day after the test was taken, Jones defeated Daniel Cormier to regain the UFC light heavyweight title at Honda Center in Anaheim, Calif. The result of that fight is now pending the adjudication process.

Jones could have the bout overturned to a no-contest and his title stripped by the UFC. He’s also facing a suspension from USADA and a suspension and fine from the California State Athletic Commission (CSAC).

CSAC executive officer Andy Foster confirmed with MMA Fighting that Jones passed his out-of-competition drug tests leading into UFC 214. He was tested on July 6 and July 7 by USADA, Foster said, and the results of those sample analyses came back negative.

Reports on social media stated that Jones passed a fight-night drug test July 29, but neither USADA nor CSAC will confirm that is the case. USADA said it cannot say if Jones was tested on fight night because it is an ongoing investigation.

TMZ reported Tuesday that Jones tested positive for the steroid turinabol, but neither USADA nor CSAC will confirm that, either. USADA does not divulge the substance that a fighter tests positive for until after the adjudication process, unless the fighter or his team makes it public first.

Jones, 30, tested positive for two banned substances, clomiphene and letrozol, before UFC 200 in July 2016 and was suspended one year by USADA after an arbitrators’ decision. Jones argued in arbitration that he did not knowingly ingest either anti-estrogen agent, taking it accidentally through a sexual enhancement pill. The arbitrators believed Jones, but gave him the maximum one-year suspension anyway due to his recklessness in ingesting an off-brand self-described “dick pill.”

With this second potential anti-doping policy violation, Jones is facing up to a four-year suspension. But the results management and adjudication process will not likely be complete for another few months.