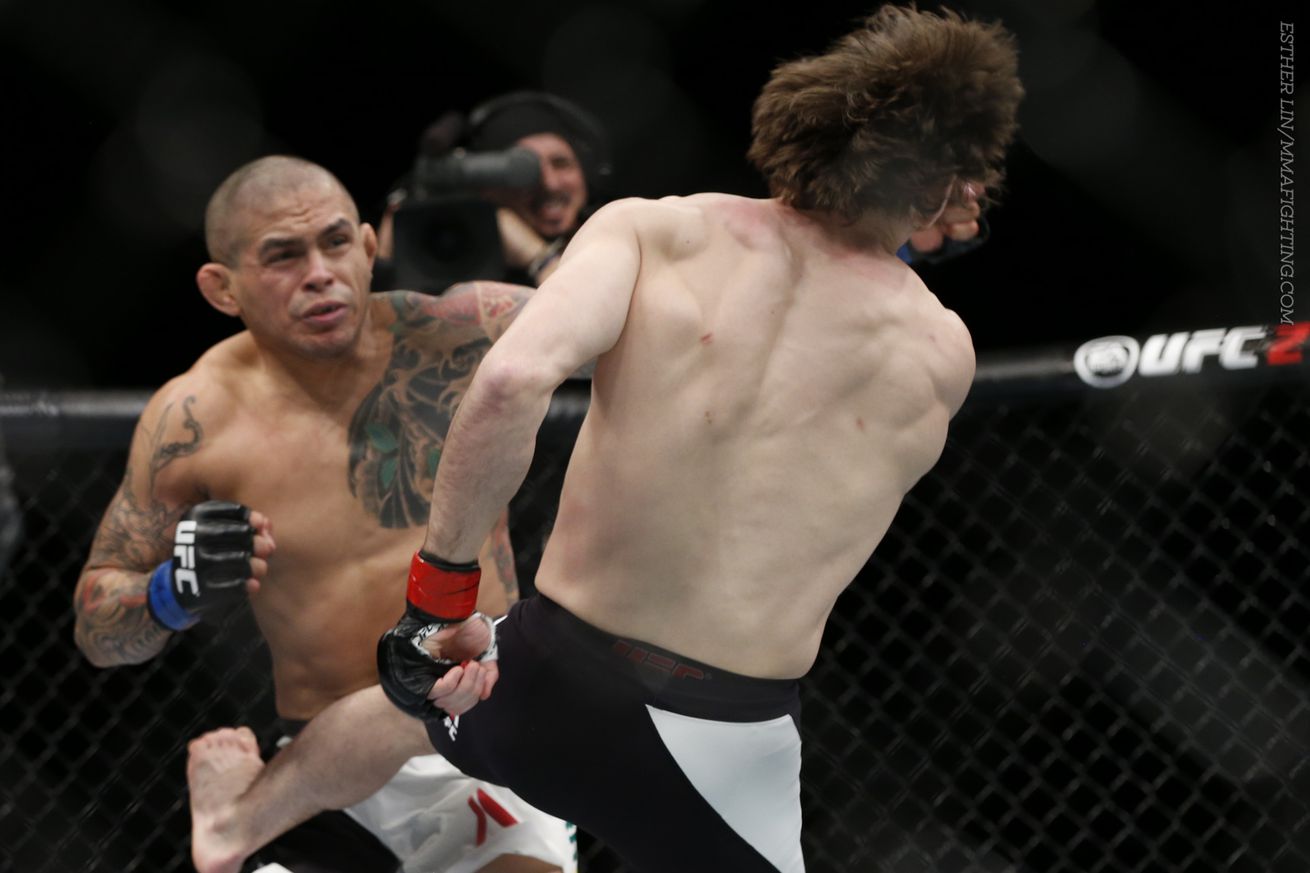 USADA is deviating from a Nevada Athletic Commission (NAC) sanction in the case of Carlos Diego Ferreira.

The UFC’s anti-doping partner suspended Ferreira for 17 months for admitted use of a banned substance and a positive drug test for another banned substance, USADA announced Wednesday.

The NAC only suspended Ferreira for one year back in June. The Brazilian fighter is eligible to return to the UFC in September 2017.

Ferreira tested positive for ostarine in an out-of-competition drug test conducted April 29. He also admitted the use of a supplement which contained 7-keto-dehydroepiandrosterone (7-keto-DHEA) as an ingredient on the label, USADA said in its release. The drug test sample which showed ostarine also had results consistent with 7-keto-DHEA usage, per USADA.

Ferreira (12-2) claimed the ostarine came from a tainted supplement, the same one that had 7-keto-DHEA on the label as an ingredient. Ferreira said he was unaware that 7-keto-DHEA was a prohibited substance, much like Lyoto Machida’s argument about the very same drug last month. Machida was hit with an 18-month suspension by USADA.

USADA said it had Ferreira’s supplement tested at the WADA-accredited lab in Salt Lake City and it came back positive for 7-keto-DHEA as well as ostarine.

Ferreira’s tainted supplement defense proved legitimate, which is why USADA said it gave him a 17-month suspension rather than the full two years he was facing. Level of fault and cooperation play into USADA’s decision on length of sanction and USADA determined that Ferreira did do some due diligence to see if he was taking a banned substance.

UFC fighter Tim Means had a suspension reduced to six months when USADA found that his positive test for ostarine stemmed from a tainted supplement. But Ferreira’s use of a product with 7-keto-DHEA on the label seemed to work against him in this case.

The 17-month suspension is retroactive to April 29, when the positive sample was collected. The UFC will recognize and enforce USADA’s ban, rather than the one-year suspension mandated by the NAC.