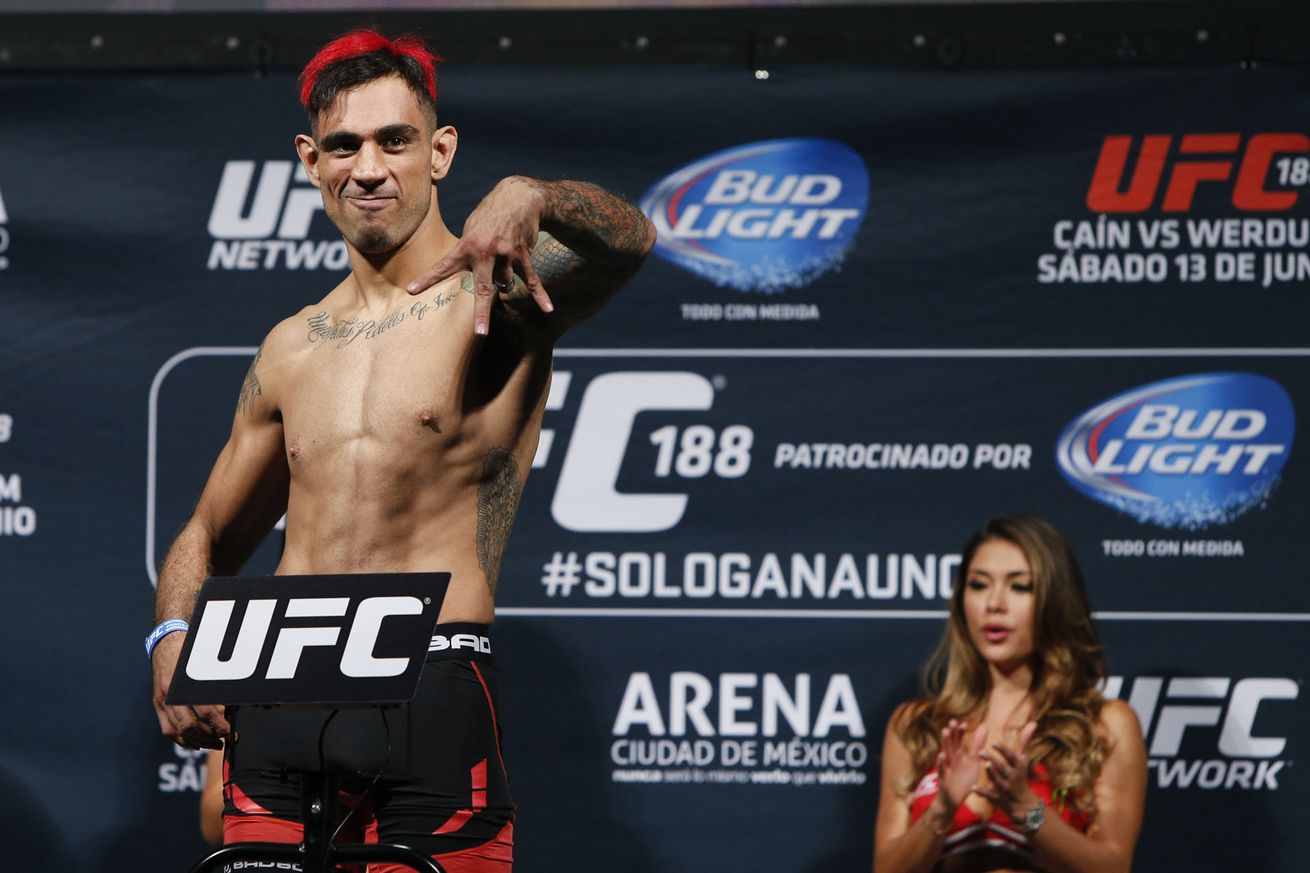 The clenbuterol cases rage on.

UFC fighter Augusto Montano tested positive for the drug in an out-of-competition drug test May 19, but will not be sanctioned for the failure, USADA announced Wednesday. Montano was found to have no fault or negligence after an investigation by the UFC’s anti-doping partner.

Montano hails from Mexico, one of the countries where meat is routinely contaminated with clenbuterol. China is the other. The World Anti-Doping Agency (WADA) issued a warning about the drug in those places in 2011.

USADA said in a release that it interviewed Montano on multiple occasions and took a look at his whereabouts and dietary habits. The lab reports showed low parts per billion of clenbuterol in his system. After reviewing the findings, the agency determined that Montano likely ingested the prohibited substance unknowingly through eating meat.

Another drug test of Montano after the May 18 one came back negative.

“While the risk of consuming clenbuterol-tainted meat and testing positive for an athlete is extremely small, consistent with past athlete advisories, USADA reminds athletes to use the utmost care if eating meat in known high risk countries, including Mexico and China,” USADA said in the statement. “In line with WADA recommendations, USADA will continue to assess the presence of clenbuterol in an athlete’s sample on a case by case basis, taking into account all the evidence supporting the likelihood of such contamination.”

Montano (15-2) will be allowed to compete in his previously scheduled fight with Belal Muhammad at UFC Fight Night: Poirier vs. Johnson on Sept. 17 in Hidalgo, Texas. “Dodger” tested positive for testosterone metabolites and was suspended for one year after his last fight, a loss to Cathal Pendred at UFC 188 in June 2015.

Montano is just the latest in a string of UFC clenbuterol positives. Li Jingliang and