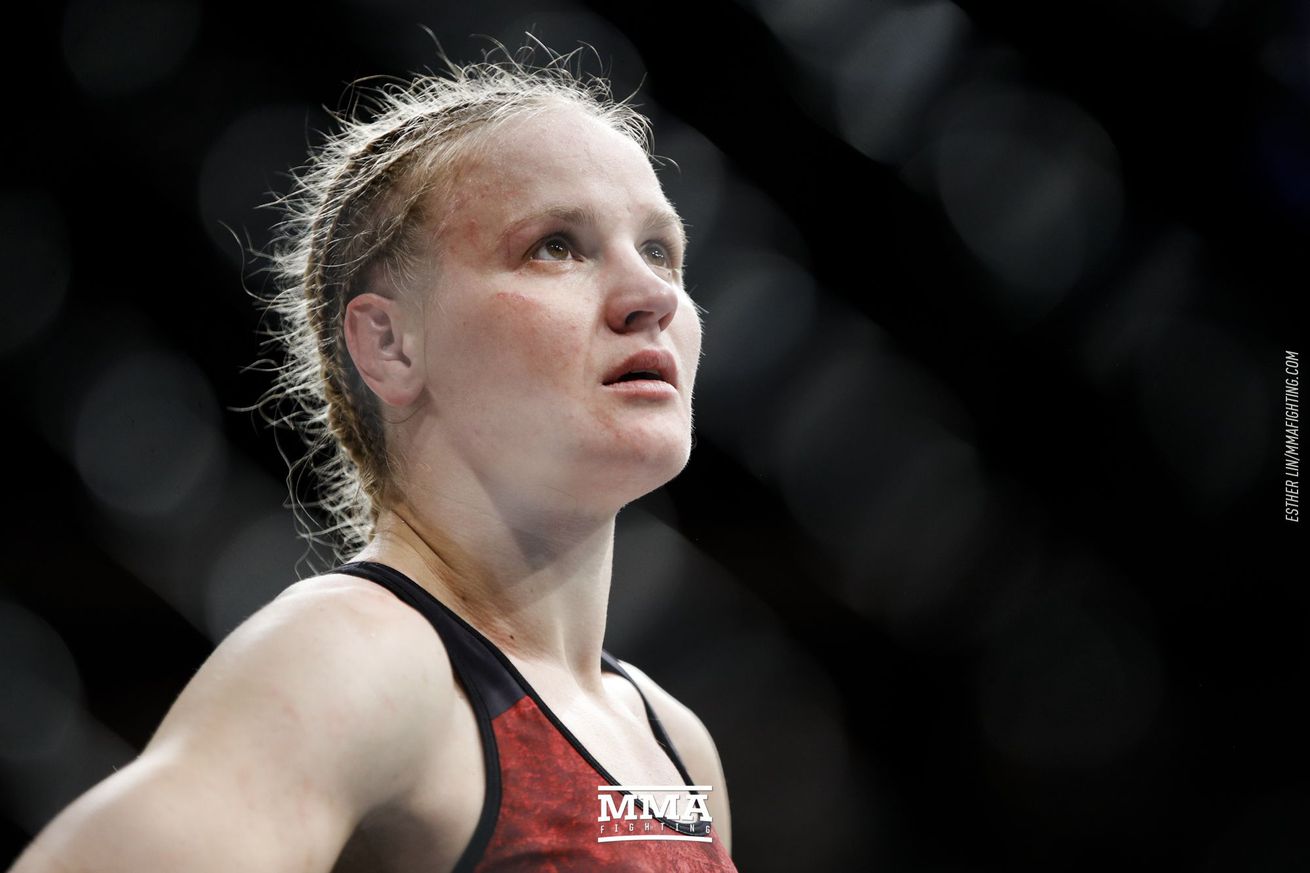 Valentina Shevchenko has been vocal about her feelings on losing out to Amanda Nunes in their rematch for the UFC bantamweight title at UFC 215.

“Bullet” disagreed that a split decision was awarded to the Brazilian after five rounds of action in Edmonton, insisting that she did more damage to the defending champion in the main event clash.

On the latest episode of Submission Radio, the title challenger claimed that her next fight is likely to take place at flyweight, her preferred weight as a Muay Thai competitor.

“You know, now I’m thinking to move to 125, and I think more probably my next fight it will be in this division 125,” Shevchenko told Submission Radio hosts Kacper Rosolowski and Denis Shkuratov.

“Because 125 is like much closer weight for me, it’s my real weight category, and even at like 135 I feel comfortable and I feel like 125 I will be able to use all my techniques and all my skills because I will fight with the same-sized opponents as me.”

Shevchenko walks around at the bantamweight limit and underlined that she still feels comfortable competing in the category despite her two losses to Nunes. The Kyrgyzstani’s hope is to one day become a dual weight champion by claiming both the UFC’s flyweight and bantamweight titles.

“Of course I do, because it’s still on my plans to go back and fight against Amanda again,” she replied when asked if she would be interested in fighting for the bantamweight title again.

“And from the next time, not give any chance to make this like this decision that was made a few days ago. And of course it’s on my mind and I still want it. Not right now, not in the near future, but I definitely it will happen.”