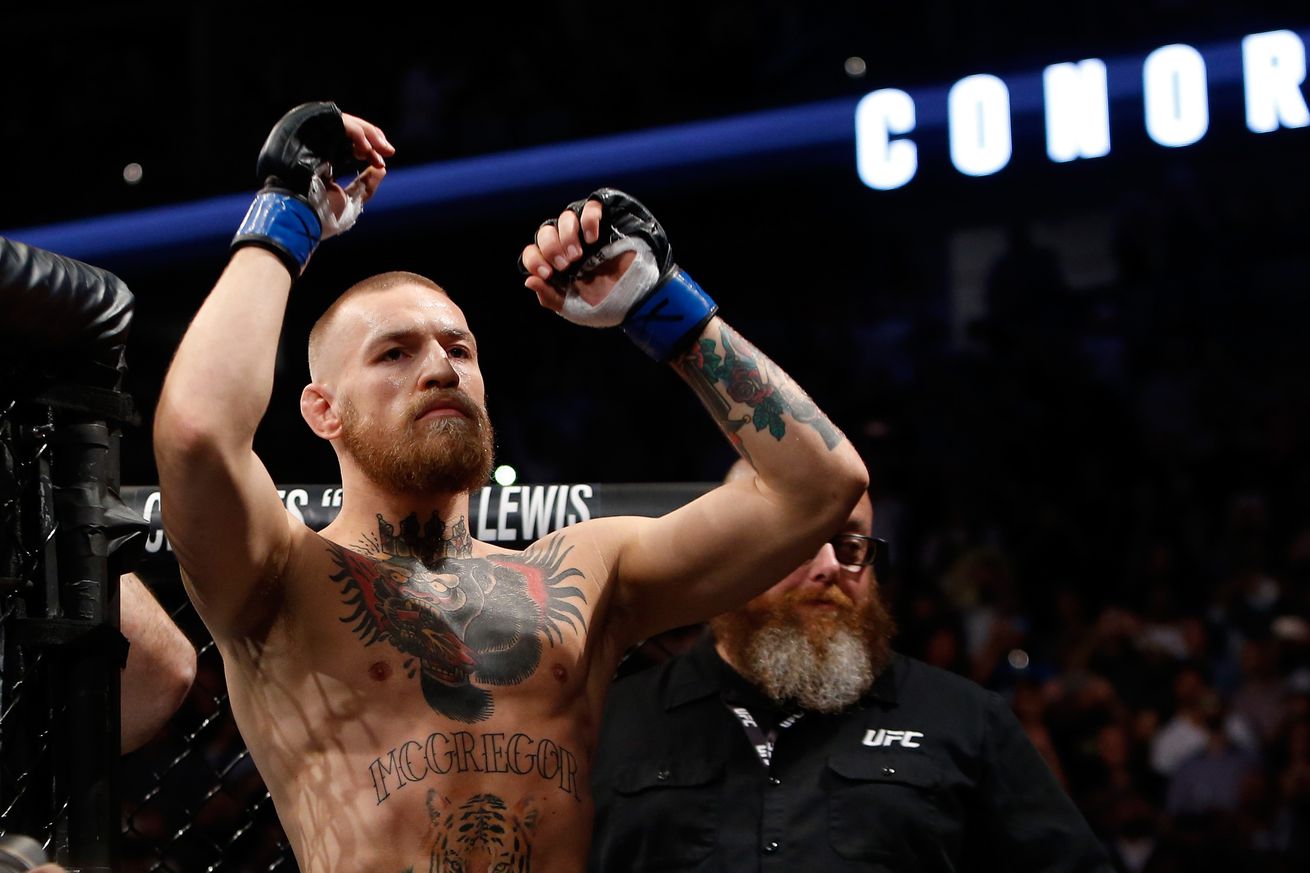 While some people truly believe that UFC superstar Conor McGregor has a puncher’s chance against boxing legend Floyd Mayweather when the two meet on Aug. 26 in Las Vegas, the people that know best about the impending superfight proclaim that “Notorious” won’t even be able to touch “Money” inside of a boxing ring. Jim Lampley, who is as respected as anyone in the boxing world, believes the latter to be true.

Lampley dissected Mayweather vs. McGregor in a recent interview with Fight Hub TV (shown above):

“Let me tell you something, CompuBox – which I very much trust and appreciate as an analytical tool – tracked 10 Conor Mcgregor fights. And I looked last night at the numbers from what they did. And I didn’t realize this, because I don’t watch MMA, he’s not an attacker, he’s a counter-puncher. He’s a guy who stands back, waits for the opponent to come to him, and tries to knock him out with one big shot.

“You know what Floyd Mayweather does against counter-punchers? He watches them, and he waits for them to make a move on him, because he’s not going to bother to play into their hands by walking in toward them and giving them opportunities. Here’s another thing: in the 10 events that CompuBox tracked Conor McGregor spent 21 minutes on his feet. He’s gonna spend 36 minutes on his feet in one fight against Floyd Mayweather. That’s a whole new experience. And by the way, Conor McGregor – in those fights tracked by CompuBox – landed about… or excuse me, threw about 42 strikes per round. That means that, not only is he a counter-puncher, but that he’s a relatively slow paced counter-puncher.

“The only two fighters that ever gave Floyd Mayweather any difficulty over long stretches of time were Jose Luis Castillo and Marcos Maidana. Two pure brawlers, with great physical strength, who pushed Floyd into the ropes and threw 75 or 80 punches a round, trying to land something. That does not describe Conor McGregor. So, this is a mismatch in even more ways than I thought was originally the case.”

While Lampley’s assessment based on CompuBox statistics that tracked 10 of McGregor’s fights is obviously fact, that doesn’t necessarily take away from the power that the Irishman possesses in his left hand. Nobody in their right mind will predict that McGregor is going to go tit-for-tat with Mayweather on Aug. 26, but the bold few truly trust in McGregor’s devilish knockout ability to get the job done.

Lampley, who hosts HBO World Championship Boxing, added that the scheduled date for Mayweather vs. McGregor was an intentional block on other future boxing events, including tonight’s (Sat., June 17, 2017) rematch between Andre Ward and Sergey Kovalev on HBO PPV.

“Well, the promoters of the Mayweather/McGregor ‘event’ obviously saw the possibility of taking a bite out of this particular HBO PPV [Ward vs. Kovalev 2] and another HBO PPV that takes place September 16 [Canelo Alvarez vs. Gennady Golovkin]. And that’s the only reason that they would have chosen a totally counter-intuitive PPV date like August 26th. If you look at the history of PPV and you’re looking for a date that previously would not have been chosen for PPV, the last weekend of the summer, prior to Labor Day is a perfect example of something that nobody would ever choose, unless they had some specific reason to do so.

Whether or not you believe Lampley’s assumption that UFC and Mayweather Promotions picked Aug. 26 to shut down two of 2017’s biggest boxing events, does it really matter in the long run? Fight fans wanted to see Mayweather vs. McGregor and they’re going to get it. The rest will fall into place.

At this point, it seems like anyone without their hand deep in the “Money Fight” cookie jar has some sort of problem with the impending superfight. Sort of like this guy.