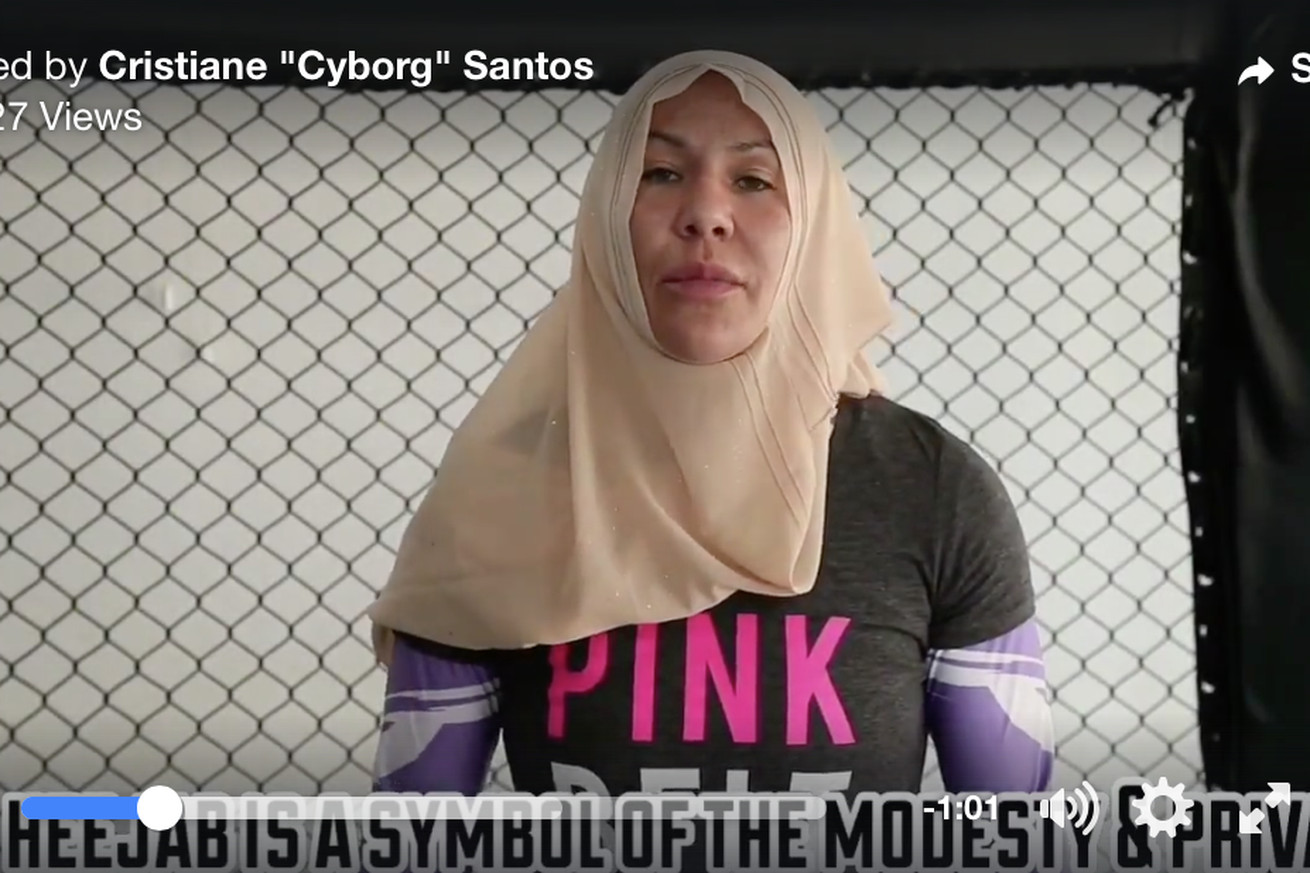 Considering how often “Cyborg” gets shit on my the mixed martial arts (MMA) community, especially from the UFC bro squad (samples here and here), the Brazilian may be overqualified for the position.

So why is the “devout Christian” wearing a hijab, traditionally worn by Muslim women?

Justino could use some positive press these days. After running into yet another disagreement with UFC over the direction of her career, “Cyborg” found herself in hot water with United States Anti-Doping Agency (USADA).