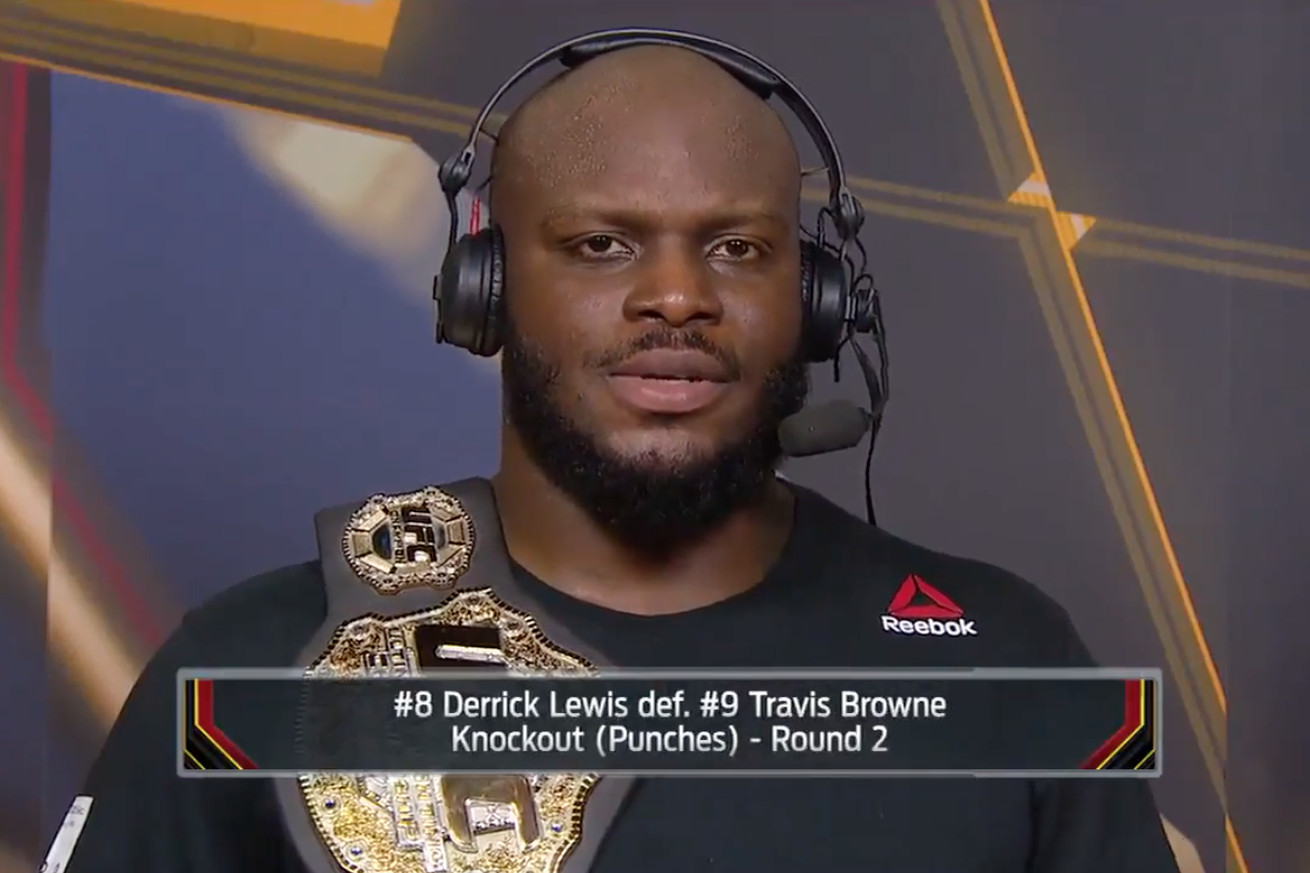 Ultimate Fighting Championship (UFC) heavyweight contender Derrick Lewis is taking a page out of Chael Sonnen’s book and parading around town with a fake championship belt.

Perhaps the “Black Beast” believes his knockout win over Travis Browne, which took place in the main event of UFC Fight Night 105 last night on FOX Sports 1 in Halifax, Nova Scotia, Canada, was enough to crown him interim champion.

Or maybe he just looks good in gold.

While “Hapa” was effective with his long, rangy kicks, Lewis insists he wasn’t taking much damage in the opening frame of their heavyweight grudge match, instead blaming flatulence for his Octagon struggles.

“I’m holding my gas in and trying to breathe at the same time, I just didn’t want to (expletive) on national TV,” Lewis said after the fight (via MMA Junkie). “Especially with this internet going around, making memes of me, nah, I couldn’t have that. No Charlie Brown.”

No Tim Sylvia, either.

Following the Sunday night slug-a-thon, Lewis — winner of six straight — called for a heavyweight showdown against Mark Hunt, because the “Super Samoan” won’t try to tie him up against the cage or take him down to the ground.