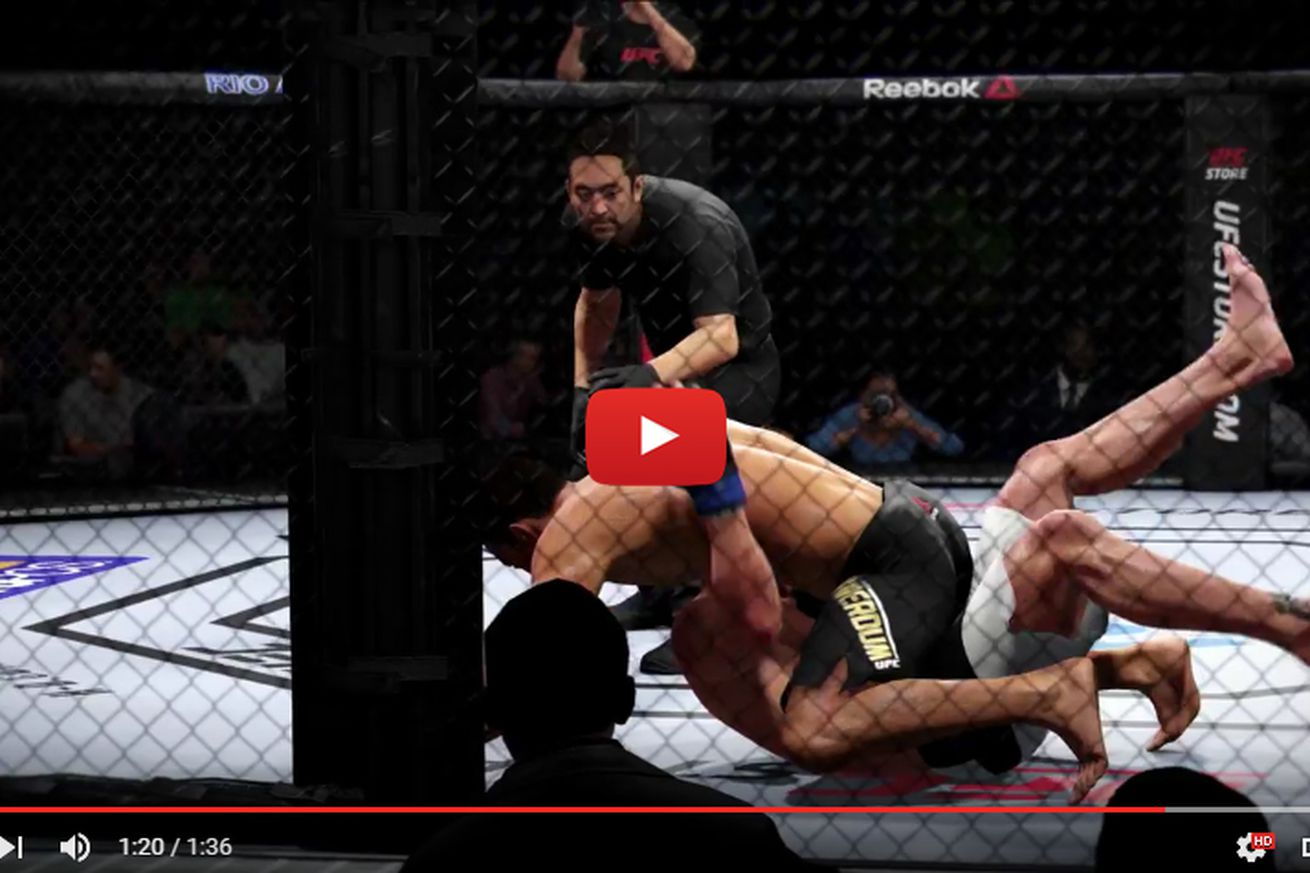 According to the EA Sports UFC simulation, this fight will not see a fifth and final round.

Werdum (20-5-1) was banged up pretty badly over the course of his six-fight winning streak, one that includes a UFC 188 submission victory over Cain Velasquez. As a result, “Vai Cavalo” spent nearly a year on the sidelines healing up from various injuries, but is now back in front of a hometown crowd.

And a lot’s happened while he’s been gone.

Miocic (14-2) is coming off a blistering technical knockout win over Andrei Arlovski at the UFC 195 PPV back in January, a solid way to follow up his destruction of Mark Hunt last May. The 33-year-old bruiser has now won five of his last six, with his lone defeat coming by way of razor-thin decision to Junior dos Santos.

Will life imitate art this weekend in Brazil?

MMAmania.com will deliver LIVE round-by-round, blow-by-blow coverage of the entire UFC 198 fight card on fight night (click here), starting with the Fight Pass “Prelims” matches online, which are scheduled to begin at 6 p.m. ET, and then the remaining undercard balance on FOX Sports 1 at 8 p.m. ET, before the PPV main card start time at 10 p.m. ET.

To see who else is fighting at UFC 198 click here.