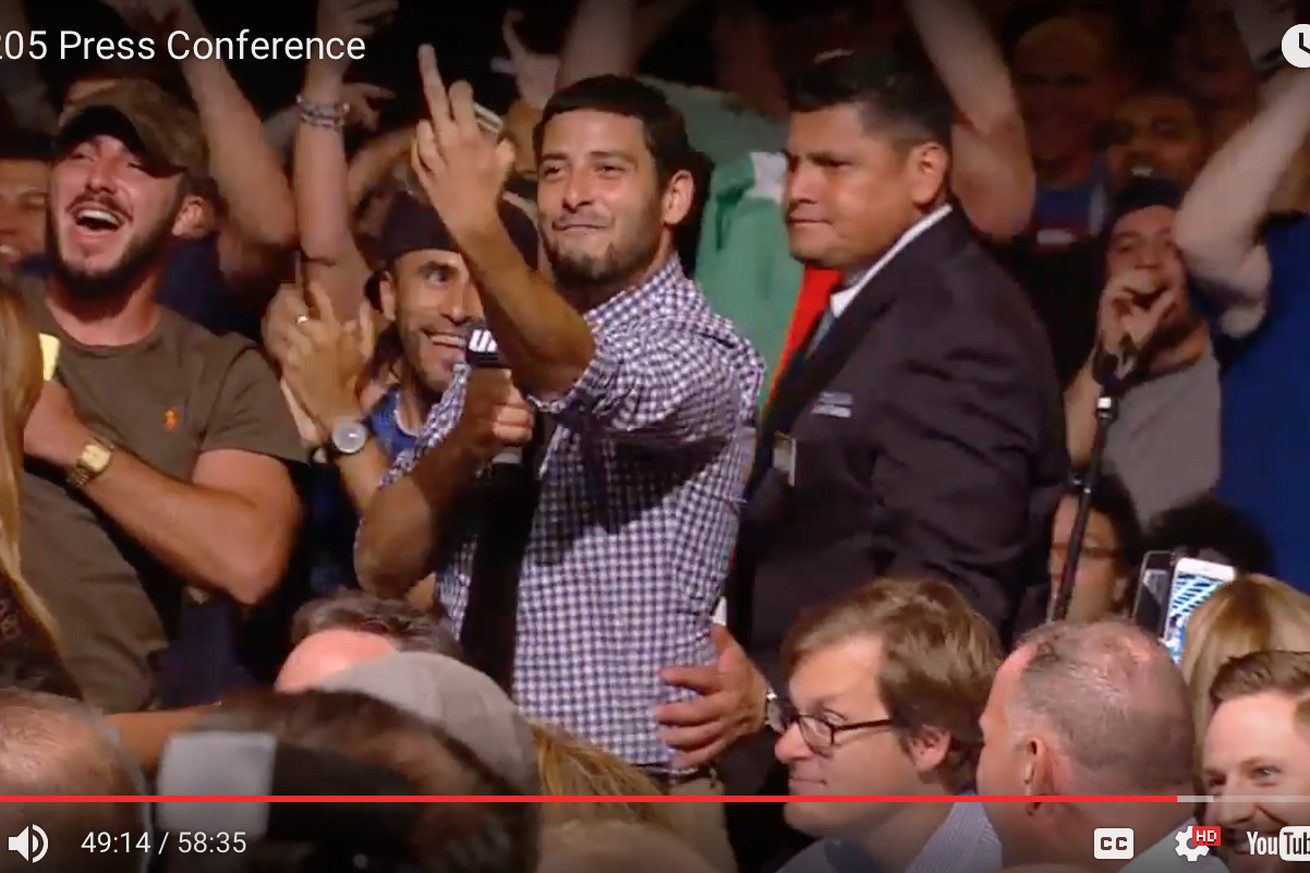 This was EASILY the most bizarre moment at the #UFC205 presser [email protected] explains. pic.twitter.com/CpFGk9jJWF

You can see the full version at the 48:45 mark right here.

The floor was open to combat sports reporters looking for more information on the Conor McGregor vs. Eddie Alvarez title fight, which has Alvarez putting his 155-pound strap on the line in the five-round main event (details). But it seems one “Notorious” fan was able to hijack the stick and ask his own set of questions.

I guess it beats the old days when fans would grab the mic and beg for free tickets with a wah-wah sad-sack story about Aunt Suzie’s heart condition.

To see who else is fighting at UFC 205 click here.