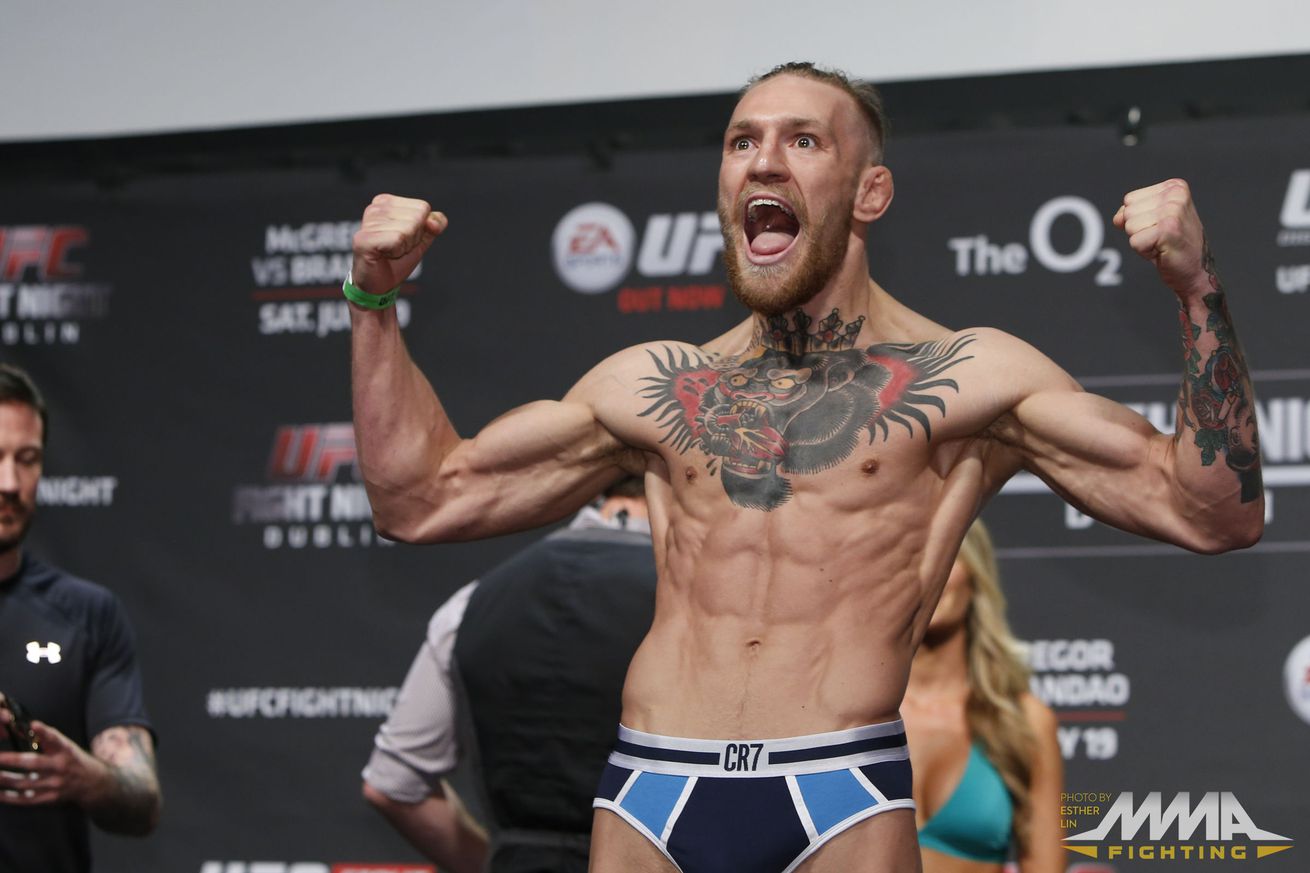 Now that UFC Fight Night 84 is in the books — full results here — it’s time to look ahead to Ultimate Fighting Championship’s (UFC) next pay-per-view (PPV) event.

UFC 196 is scheduled to to go down on March 5, 2016 in Las Vegas, Nevada and features an last-minute, although intriguing, Welterweight fight between current Featherweight champion, Conor McGregor, taking on late replacement Nate Diaz.

The fight came to be after Rafael dos Anjos was bounced from his showdown against Conor — which was supposed to be for “RDA’s” Lightweight strap — with a broken foot.

McGregor and Diaz wasted no time in hyping the fight, as the two engaged in an all-out verbal battle during the recent pre-fight press conference (see it again here). One can only imagine what it’s going to be like once they got locked inside the cage.

Expect more promotional videos to be rolled out as event draws nearer, which also includes Holly Holm defending her Bantamweight title against Miesha Tate. In the meantime, to check out the most up-to-date fight card click here.