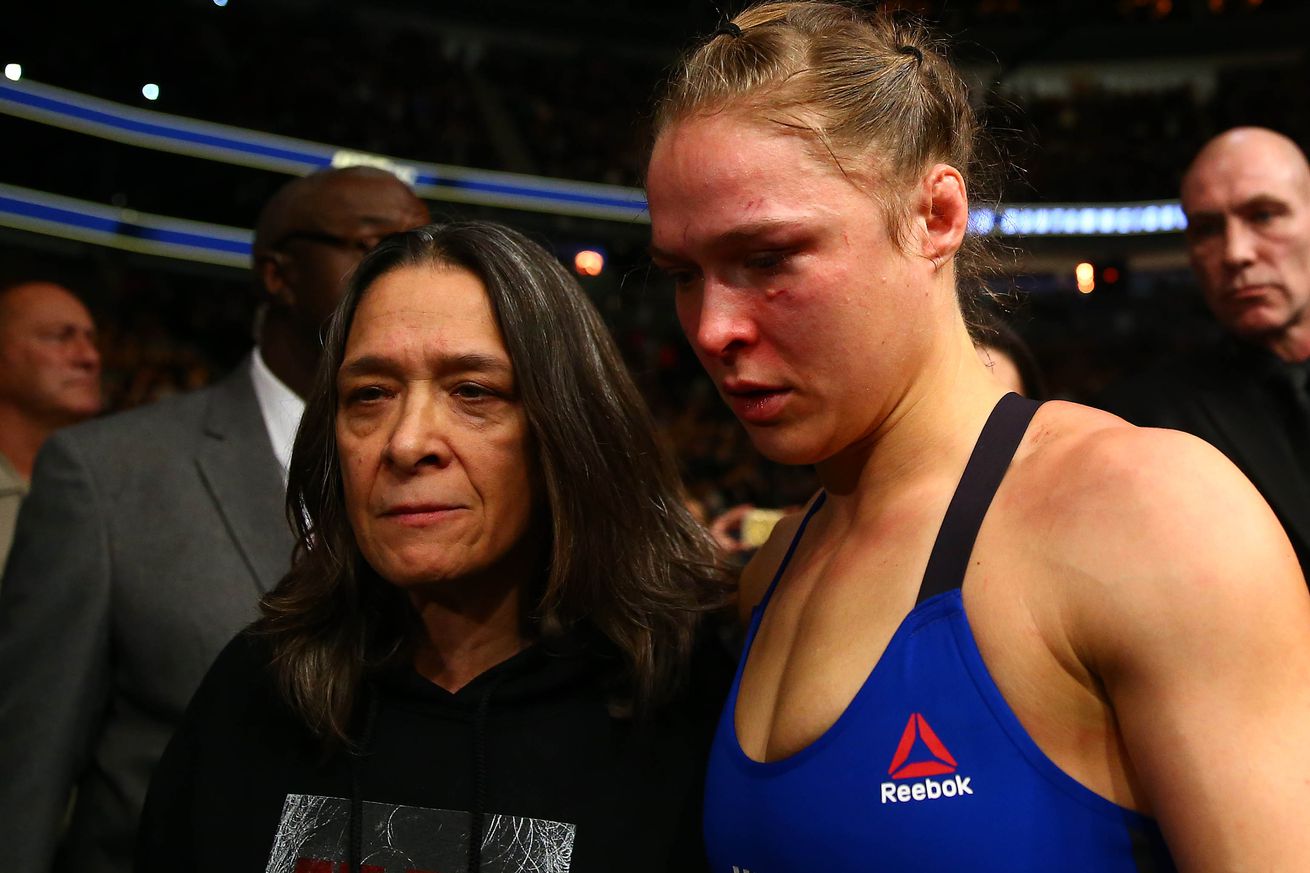 It only takes one fight to go from cat’s meow to kitty litter.

Just ask former Strikeforce women’s featherweight sensation Gina Carano, who was the face of women’s mixed martial arts (MMA) — until it was caved in by Brazilian bruiser Cristiane Justino in summer 2009.

Carano has not been seen inside the cage ever since her first round drubbing against “Cyborg” — despite this tease — but was able to parlay her combat sports achievements into a successful movie career, one of many options for ex-UFC champ Ronda Rousey.

“Ronda should so whatever she wants to do, she’s only 29,” Carano told Fight Hub TV. “She’s an amazing athlete, but she needs to express herself as an artist, too, so let her do what she wants to do.”

After a 12-0 run at the top of the UFC mountain, Rousey went on to lose back-to-back fights by way of blistering knockout, the most recent of which came at the heavy hands of reigning women’s bantamweight champion Amanda Nunes (watch it).

Her next move remains to be seen, but “Conviction” wants Rousey to “do what she’s passionate about.”