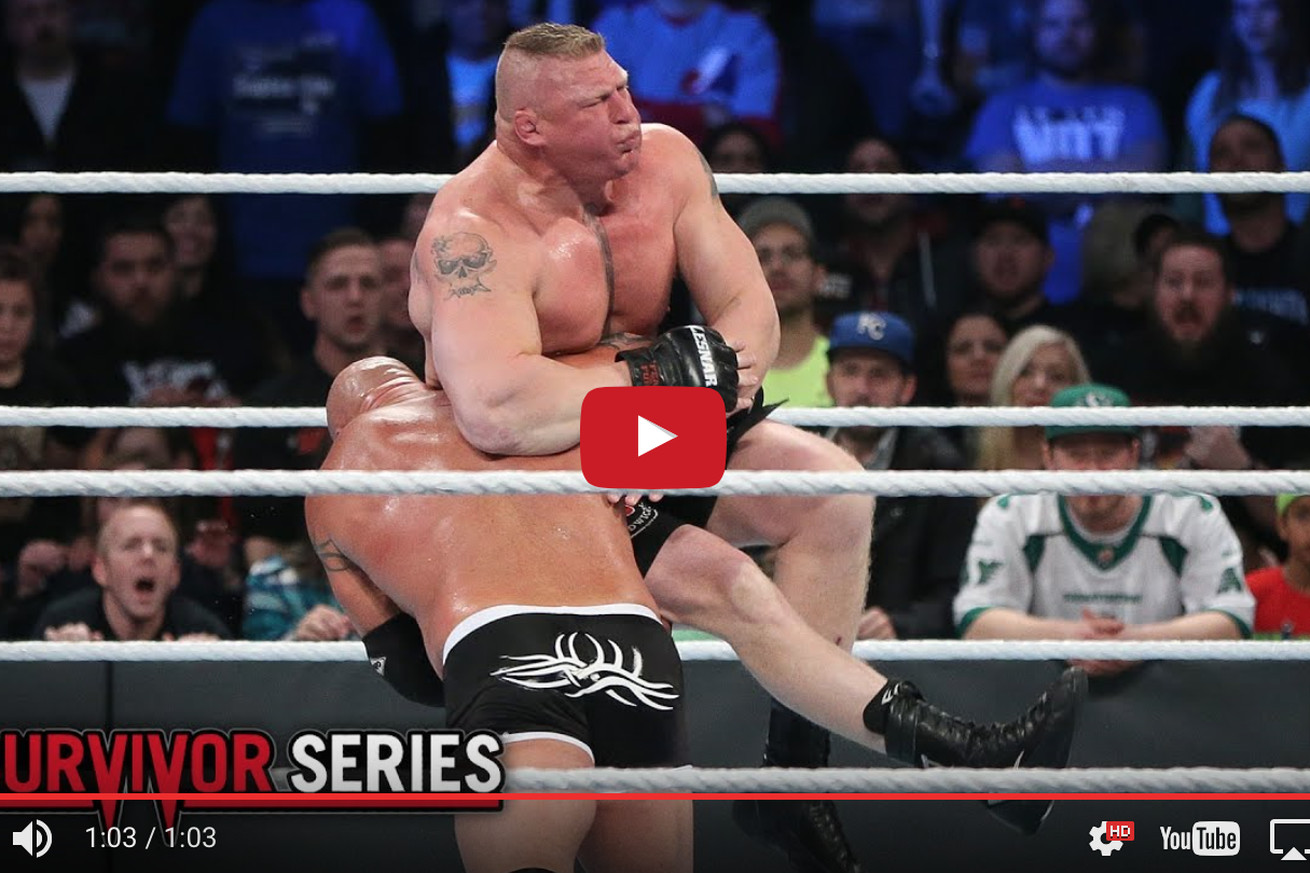 Before we get started, let’s just go ahead with the usual disclaimer.

WWE is fake, has nothing to do with UFC or MMA, everyone who watches it is maladjusted pussy who needs to grow up or hit puberty or move out of their momma’s basement or blabbing-fucking-blah. Whatever, you clicked on the damn thing so try to have some fun with it.

Okay, now that we have that out of the way, let us marvel at the awesome might of GOLDBERG, who returned to the WWE ring last Sunday night (Nov. 20, 2016) for Survivor Series, facing off against former UFC heavyweight champion BAH-ROCK, LEZZNUR.

That’s spelled phonetically, for all you Paul Heyman fans.

Why the world’s preeminent pro wrestling promotion would cap off one of its “big four” pay-per-view (PPV) events with a glorified squash match (look it up) is something of a mystery, but you can bet your bottom dollar (borrow one from Ted DiBiase if necessary) that we’ll get some answers on tonight’s RAW.

If you’re thinking “I’m an adult, I don’t care and I don’t watch that shit” then no worries, I’ll post a follow-up video for you first thing tomorrow morning.