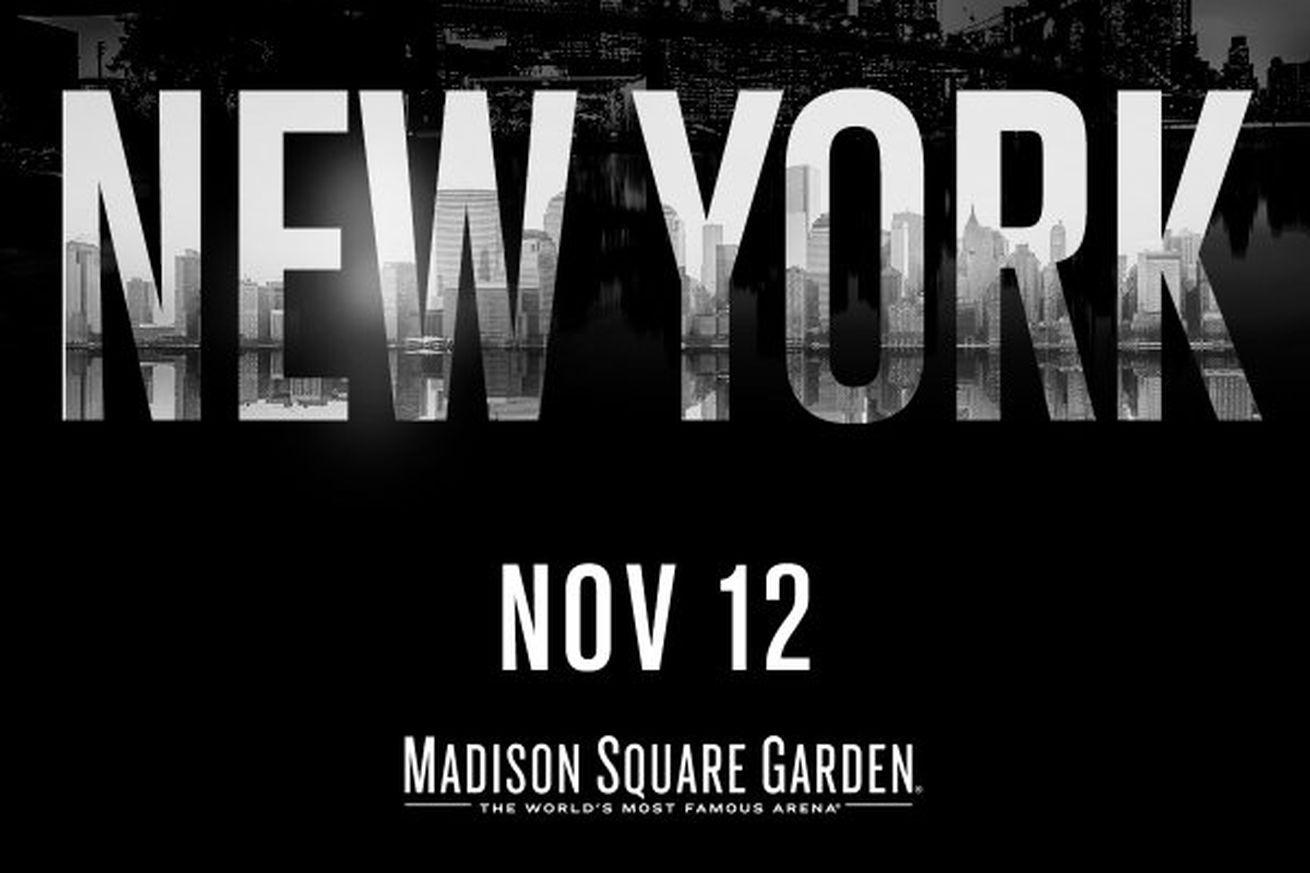 Remember, remember, the twelfth of November.

Even before the ink was dry, UFC CEO Lorenzo Fertitta announced a target date of Nov. 12 for “The World’s Most Famous Arena.”

UFC committed to holding four events per year for the first three years, which includes upstate cities such as Buffalo, Rochester, Syracuse, Utica, and Albany, as well as Brooklyn’s Barclays Center.

“Today marks a great day for both MMA fans and New York,” said Joel Fisher, executive vice president, Marquee Events and Operations, The Madison Square Garden Company. “We think it’s only fitting that the first UFC event is taking place at The World’s Most Famous Arena and look forward to these world-class athletes becoming part of The Garden’s storied history.”

After being outlawed for nearly 20 years, the New York State Asembly finally voted to sanction MMA in “The Empire State” just last month (more on that here). Aside from UFC, expect rival promotions like Bellator MMA — based in Manhattan — to join the party, as well.

No fights have been announced for Nov. 12, but expect a star-studded line up.