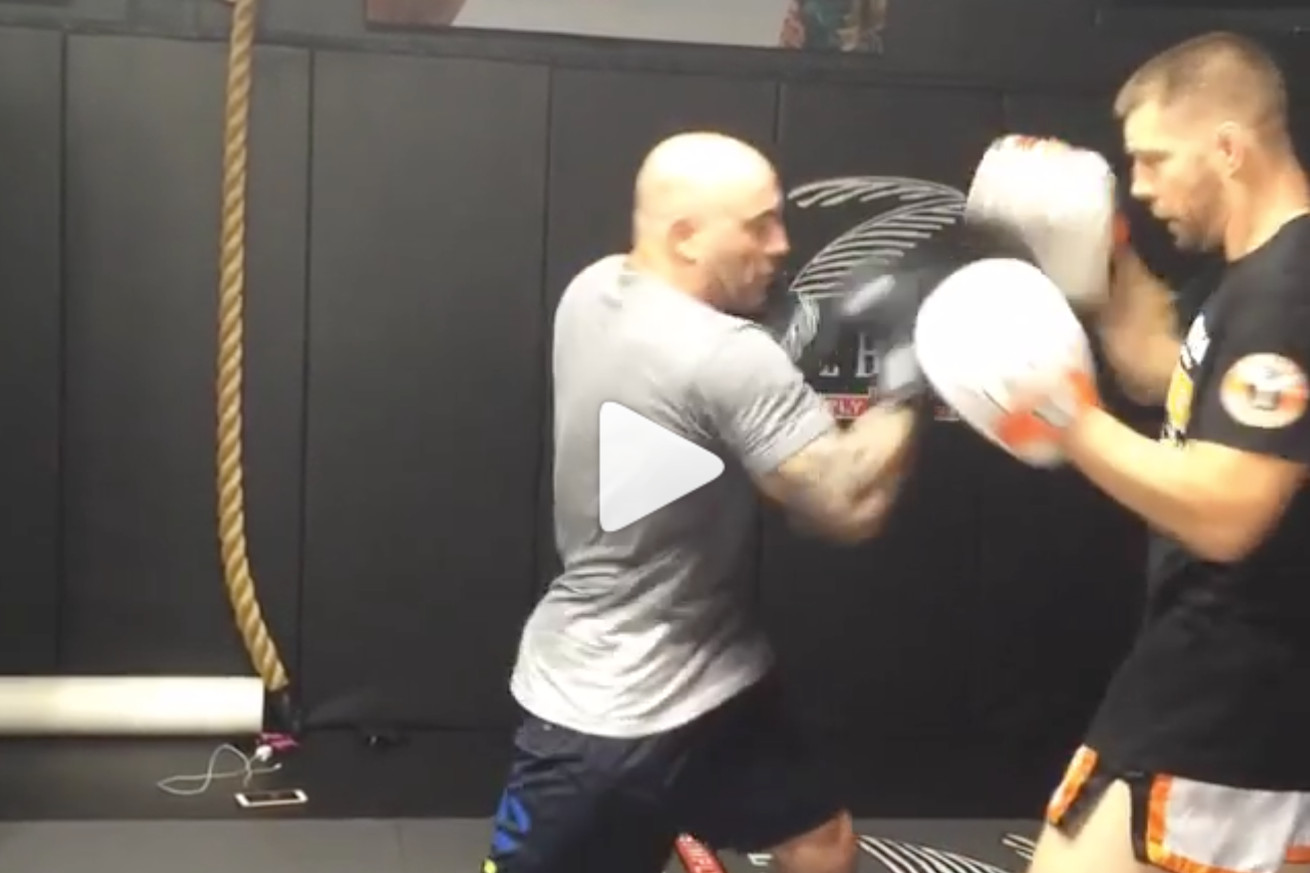 Mr. @joerogan drilling the BMT Bas Combo! @BASRUTTENMMA @bangmuaythai @onnit #GetOnnit #QualityReps #MartialArts #HealthyLiving #NinjaSkills AND YES HE COULD COMPETE IN THE @ufc IF HE WANTED TOO!

Ultimate Fighting Championship (UFC) color commentator Joe Rogan, who is hoping to alleviate some of his duties after this super-awkward moment, is by far a better striker than mixed martial arts (MMA) newcomer CM Punk.

But I’d reckon the part-time funnyman could probably hang with half the UFC roster, or more, based on his years of martial arts training. In fact, his striking is so good, former welterweight champion Georges St-Pierre once took a lesson in kicks back in 2013.

And in case you think kicks like that won’t work in live competition, watch Rogan end some chump during their Taekwondo showdown right here. In addition, the prickly podcaster is a Brazilian Jiu Jitsu black belt under Jean Jacques Machado.