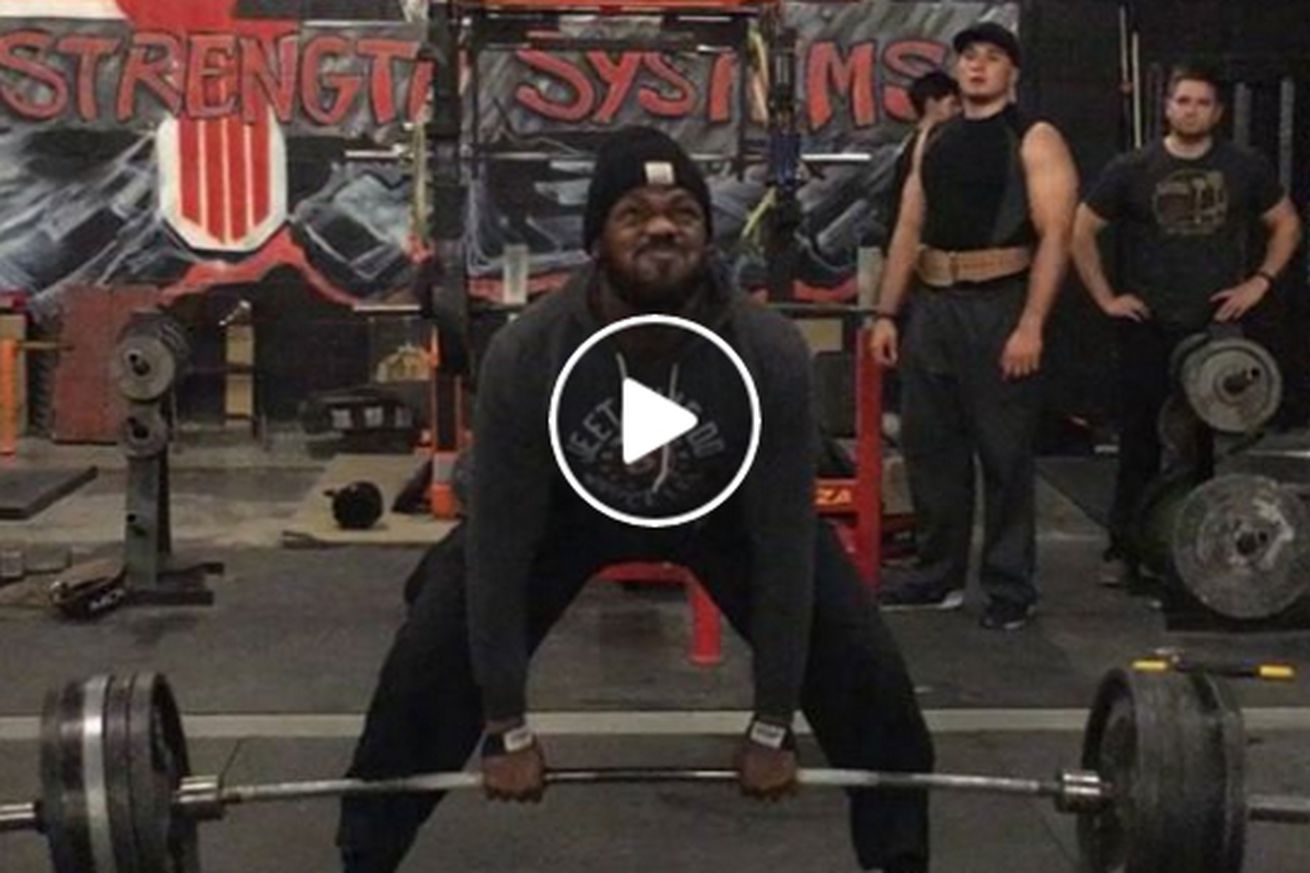 I don’t know what that means, but it sounds impressive.

500lb low block pull for 3. Trying to maintain strength while bumping up conditioning.Subscribe to my YouTube channel https://www.youtube.com/watch?v=iwh6-1XhEC4

Former Ultimate Fighting Championship (UFC) light heavyweight champion Jon Jones knows that some of his critics, like reigning 205-pound kingpin Daniel Cormier, are convinced “Bones” will burn himself out during a five-round title fight after packing on the muscular pounds during his time off.

Jones is switching up his workout so that he can reach the level of conditioning needed for a mixed martial arts (MMA) fight without sacrificing some of his hard-earned gains. The final verdict, of course, will come when he steps into the cage with “DC” later this year.

Their championship rematch was teased for this April in New York, but that’s looking less likely as time goes on. Perhaps the UFC 200 mega-event in Las Vegas?