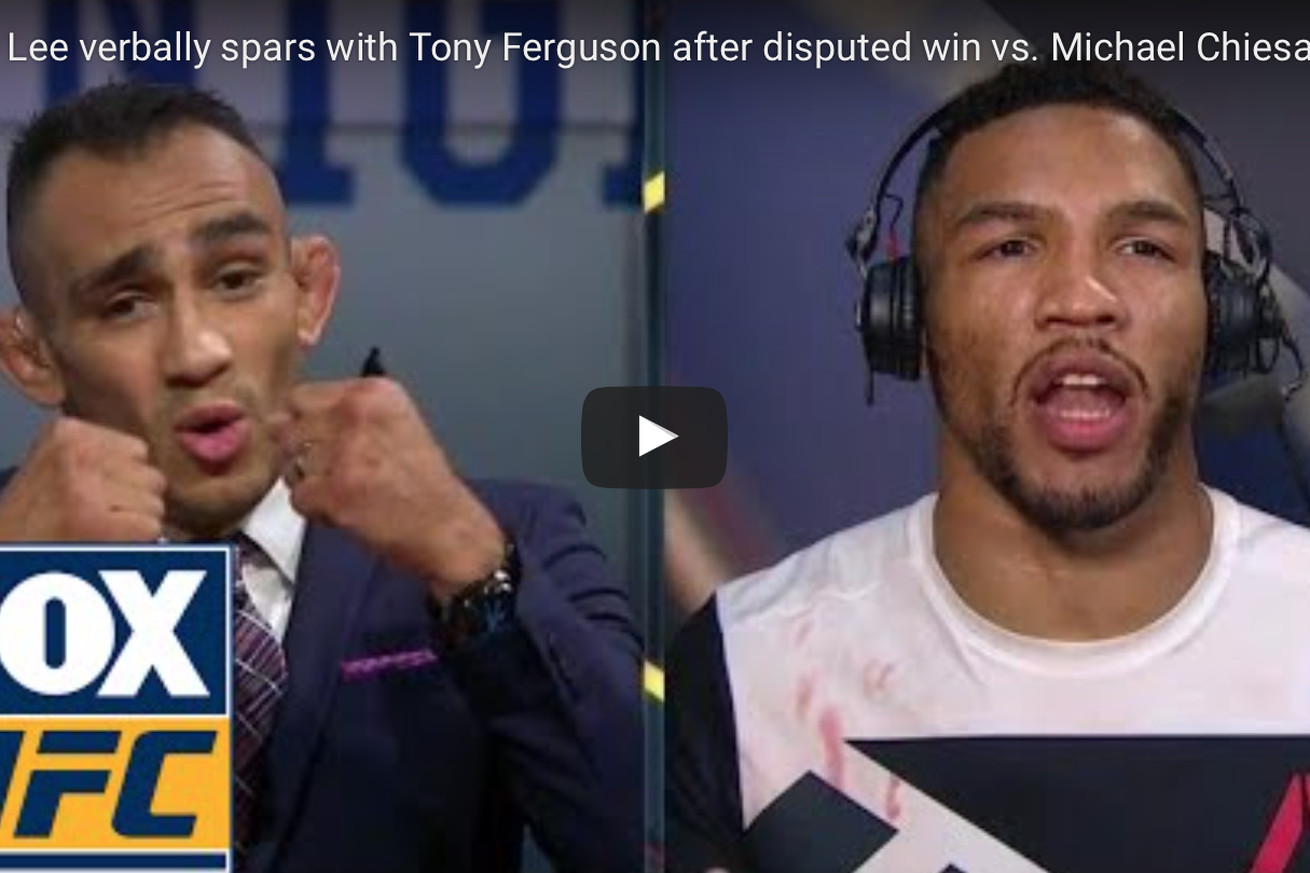 During his post-fight media obligations in Oklahoma City, “Motown Phenom” got into a televised tiff with top-ranked division contender Tony Ferguson, who has nothing to do these days but wait for Conor Mcgregor, since Khabib Nurmagomedov is off doing … whatever it is he’s doing.

“I don’t even know what a DDT is, I think that’s a WWE move,” Lee said when Ferguson asked him about landing a pro wrestling move. “I’m pretty sure I’m the one that lifted him in the air, so I don’t see how he’s slamming me when I’m putting him on my shoulder. Can we put a real journalist on?”