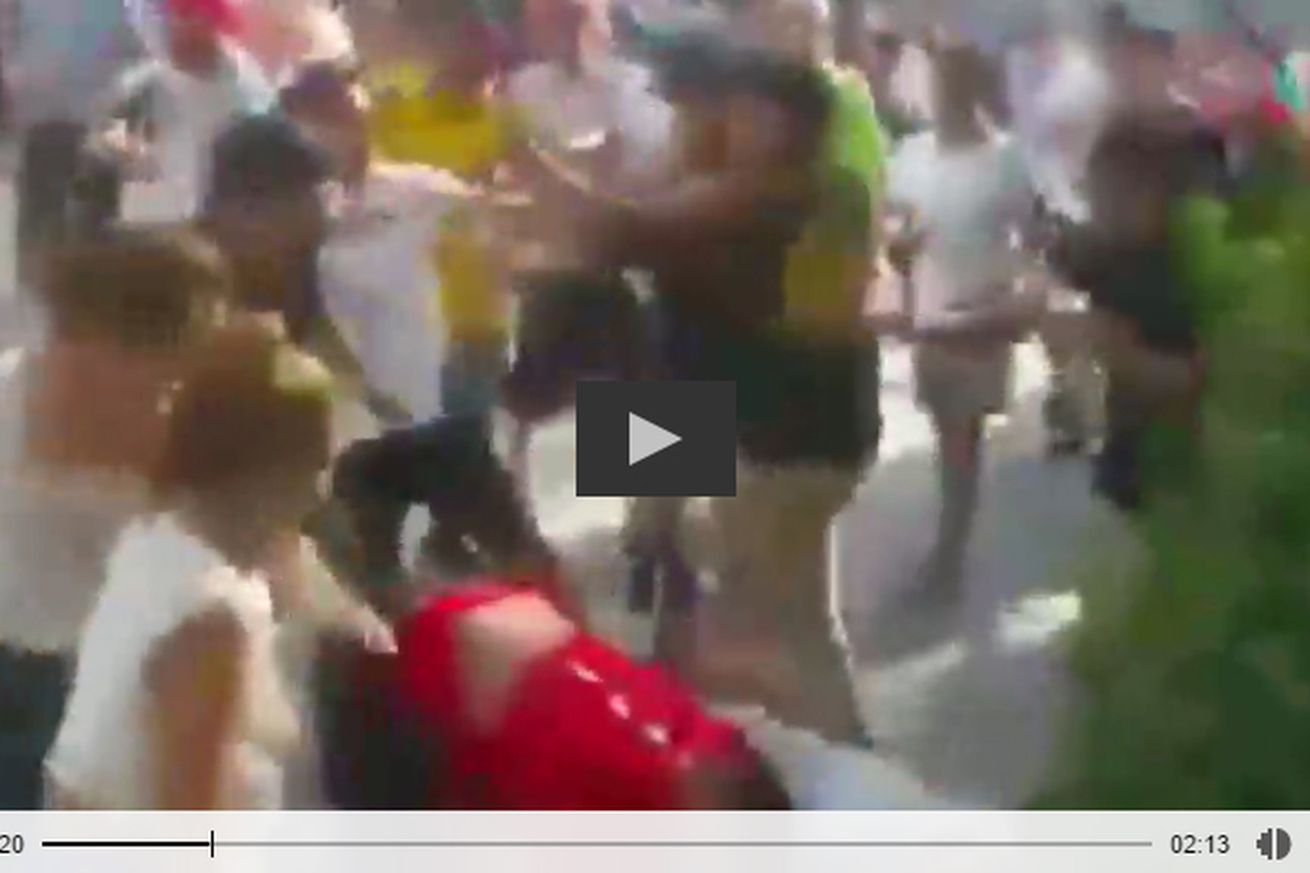 According to Acting Police Inspector Shane Gemmell, there was a disagreement over a judges’ decision. Among the injuries was a 17-year-old boy, hospitalized for a fractured eye socket. In addition, a 15-year-old girl was arrested for using offensive language (lol).

More arrests are expected in the coming days.

“The extent of each person’s involvement will need to be viewed on the footage and the appropriate charges will be laid once police determine who the instigators were and who caused the injuries,” Gemmell told ABC. “It’s quite brazen being a Sunday afternoon, 5 p.m., in the middle of the Hurstville CBD.”

While fan brawls are not uncommon in combat sports (proof), they are typically not this size. From the looks of this video, as well as additional online reports, it appears to be mostly kids, but this is still a bad look for a territory that already blames MMA for violent behavior (like this).