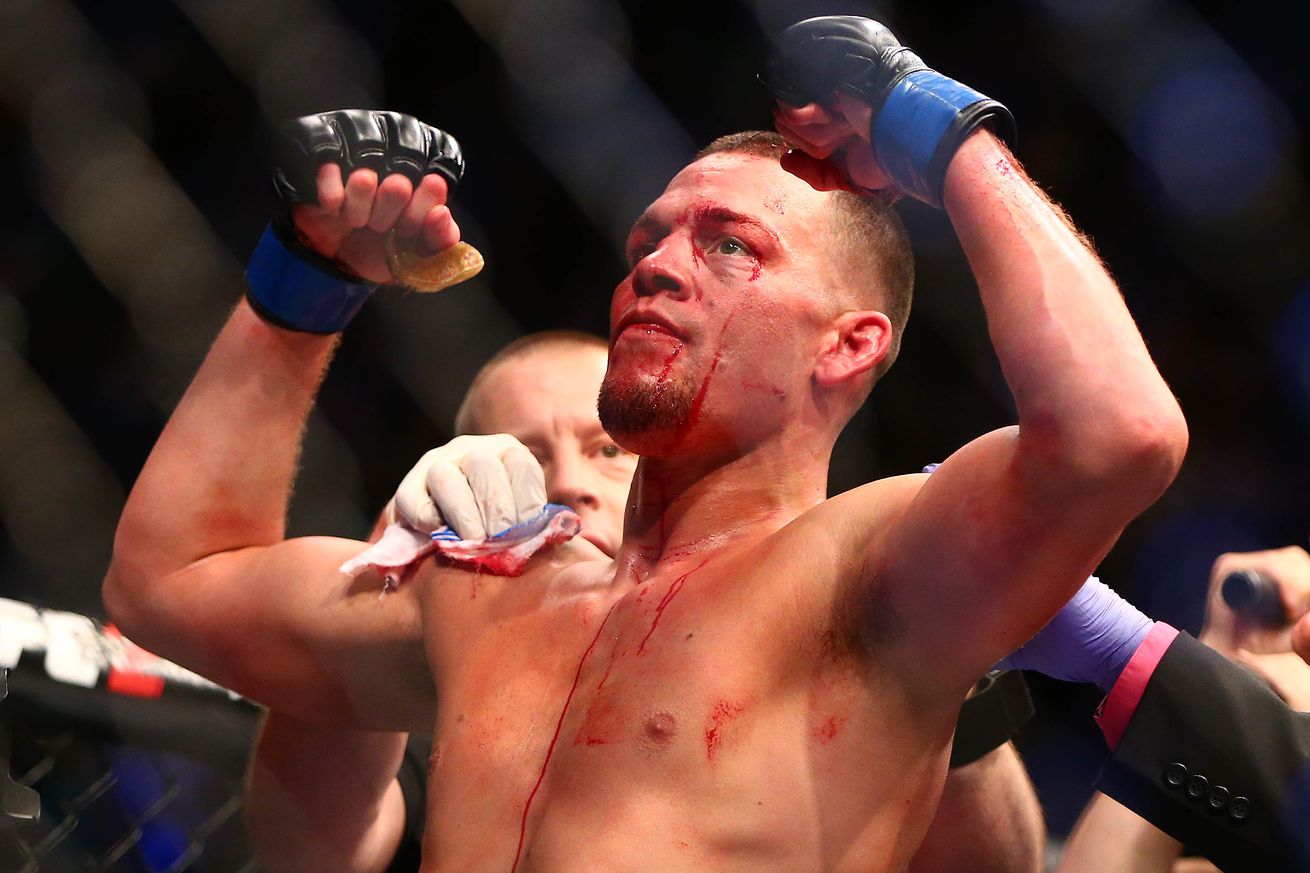 The mixed martial arts (MMA) world is still reeling after UFC 196, where Nate Diaz choked out Conor McGregor in round two of their headlining Welterweight bout, which went down last night (Sat., March 5, 2016) in Las Vegas, Nevada.

This, after “Notorious” had his way with the Stockton slugger on the feet for the majority of the fight (video highlights here).

Following his memorable come-from-behind win, Nate stopped by the UFC on FOX Sports 1 post-fight show (via YouTube) to talk about the biggest win of his lengthy combat career.

Among the topics discussed was the decision to accept the last-minute fight without a training camp, his shape going into the bout, Frankie Edgar getting passed over and being “institutionalized” in the fight game.

Diaz also took the time to express his surprise after McGregor — who rose to fame with his striking — decided to turn into a wrestler after he started losing the battle on the feet. He also went on to reflect on his long mixed martial arts (MMA) journey and withstanding the the long haul.

For continuous coverage of the entire UFC 196 card, including post-fight recaps and analysis, click here and here.