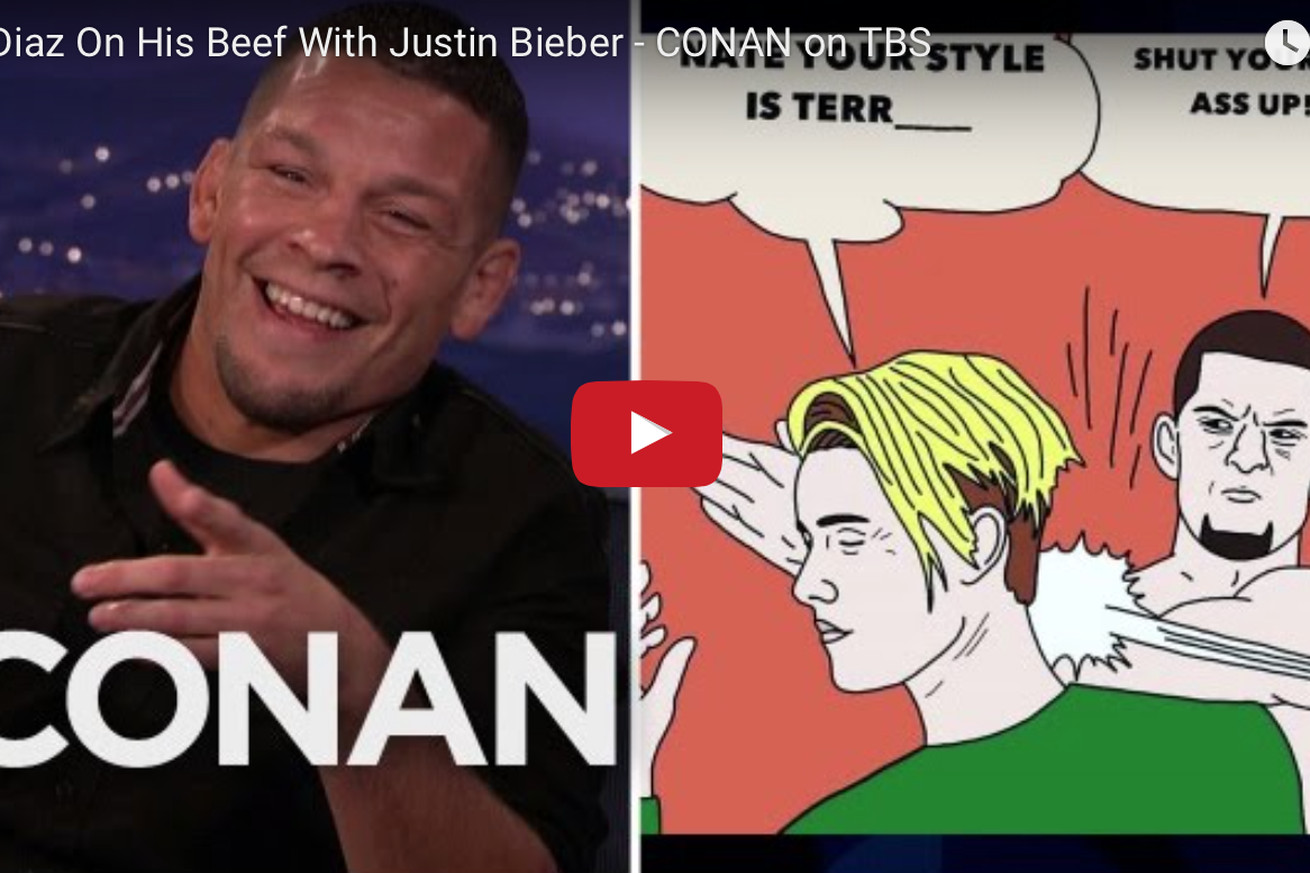 Hear the “Notorious” call out here.

But that wasn’t the only feud Team Coco was interested in exploring as the recent beef with pop star Justin Bieber — which started in the wake of Diaz vs. McGregor 1 back at UFC 196 — came to a head during an impromptu showdown inside a Los Angeles nightclub.

“I was out in here in L.A. and I went to a club, like four days later, and everybody was coming up to me like ‘Hey, Justin Bieber’s over there in the corner!’ Like there was this big fight that was supposed to go down between me and Justin. I was like ‘It’s alright, leave Justin alone.’ He had a little crew with him, a bunch of little Biebers, and they came and found me. I had a crew with me too. He was like ‘It’s all good, let’s squash the beef man.’ I was like ‘Wow, is that how a beef works out here? It’s all good, I have no problem with you Justin Bieber.’ He’s cool now.”

Luckily for Diaz he wasn’t clowned with some of that Bieber Fu.

Bieber has friends in some pretty high places in the combat sports world, training with Boxing’s pound-for-pound king Floyd Mayweather and rubbing elbows with UFC President Dana White (proof). No one seems to know why, but maybe it’s because of his awesome music?