Home MMA News Video: Paige VanZant in talks for next UFC fight, but won’t be calling out Ronda Rousey
ShareTweet 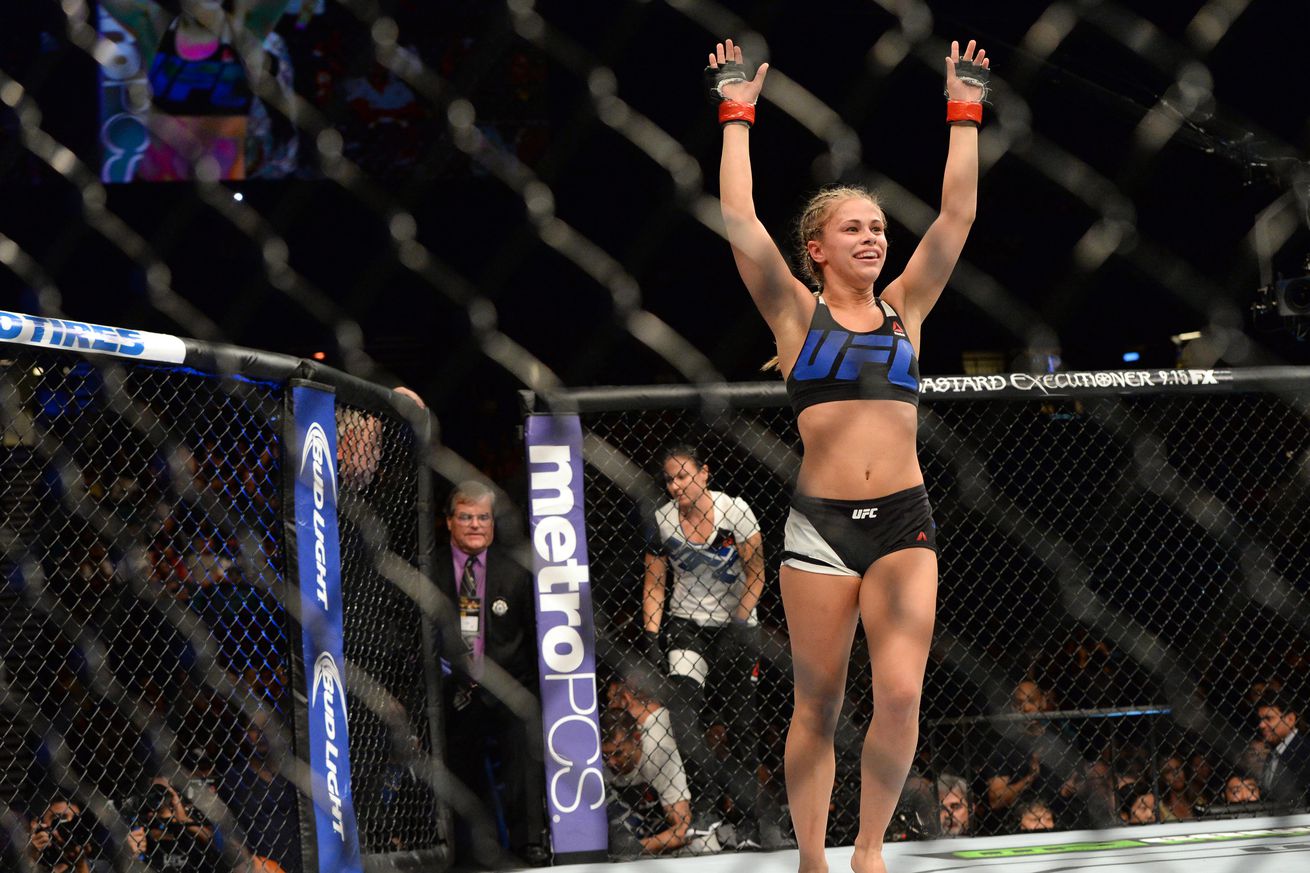 “We’re actually talking about a fight lined up with the UFC right now. It’s hard, the strawweight division is still small, still growing, so we have to see who doesn’t have a fight, who isn’t injured, who didn’t just come out of a fight. I plan on staying at strawweight, I plan on staying there as long as long as I can, it’s definitely where I fit.”

Ultimate Fighting Championship (UFC) strawweight sensation Paige VanZant, who recently wrapped Dancing with the Stars on ABC, will get back to the business of mixed martial arts (MMA) in the coming months. Unfortunately, finding an opponent won’t be easy, as the still-developing 115-pound division has just a handful of names to choose from (see them here). “12 Gauge” hasn’t competed since her submission loss to Rose Namajunas back in December, but sounds motivated to get back inside the Octagon. Just don’t expect her to be calling out Ronda Rousey (over this).