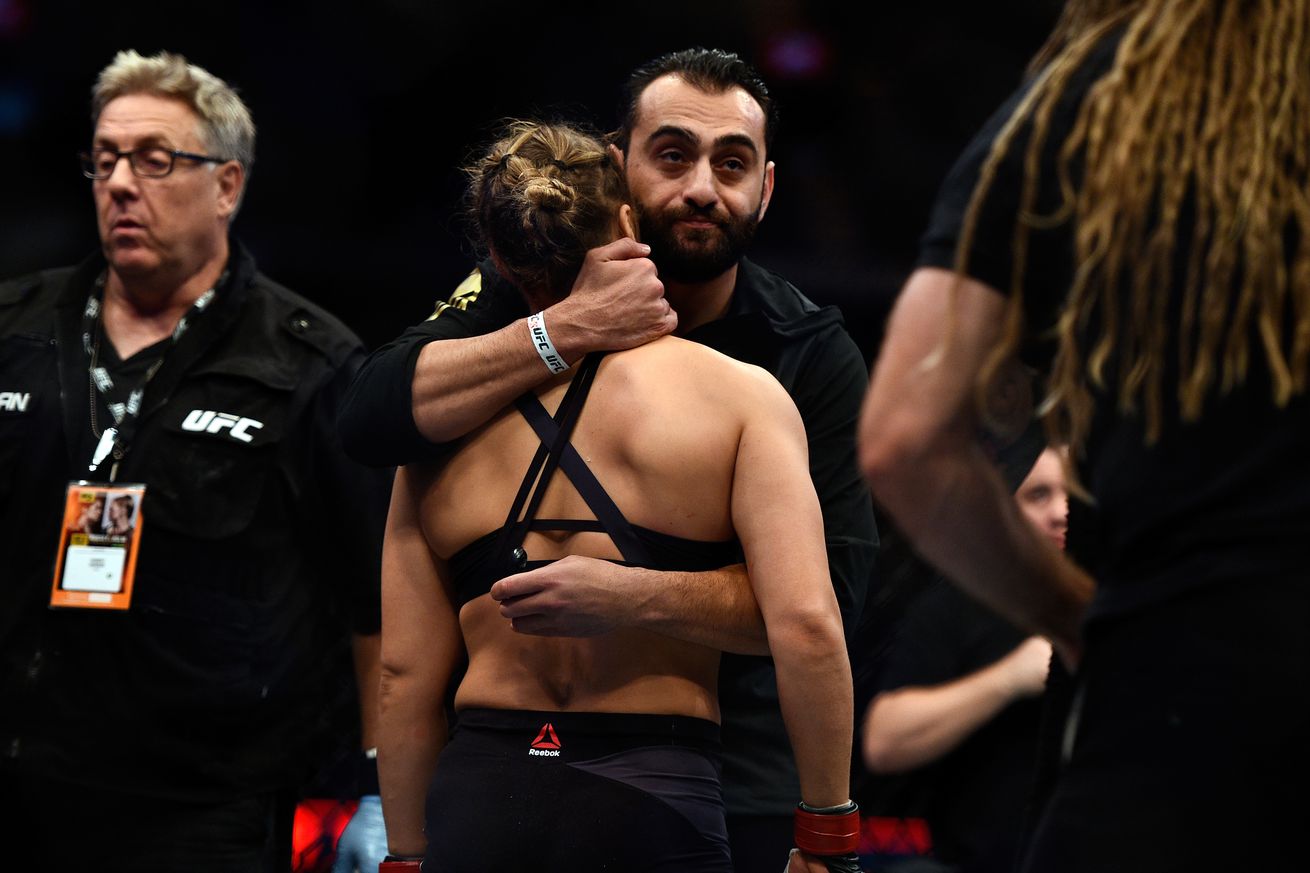 Embattled mixed martial arts (MMA) coach, Edmond Tarverdyan, drives a pretty sweet car for someone who declared bankruptcy roughly one year back, thanks to his $700,000 of unpaid debt.

The most recent of which led to speculation of retirement.

“It’s all good, no plans made yet,” Tarverdyan told TMZ. That said, some of those closest to the Olympian are urging her to call it a career, since “Rowdy” has seemingly abandoned the judo game (and corresponding submission) that earned her a 12-0 start inside the cage.

The blame for that shift in strategies, much like it did at UFC 193, falls solely on the shoulders of her coach.

“It doesn’t matter what people say,” Tarverdyan said in defiance.

Rousey’s inability to box with the best strikers in the 135-pound division led to her 48-second destruction against Amanda Nunes at the UFC 207 pay-per-view (PPV) event last Friday night (Dec. 30, 2016) in Las Vegas, Nevada (witness), which proves she needs to evolve.