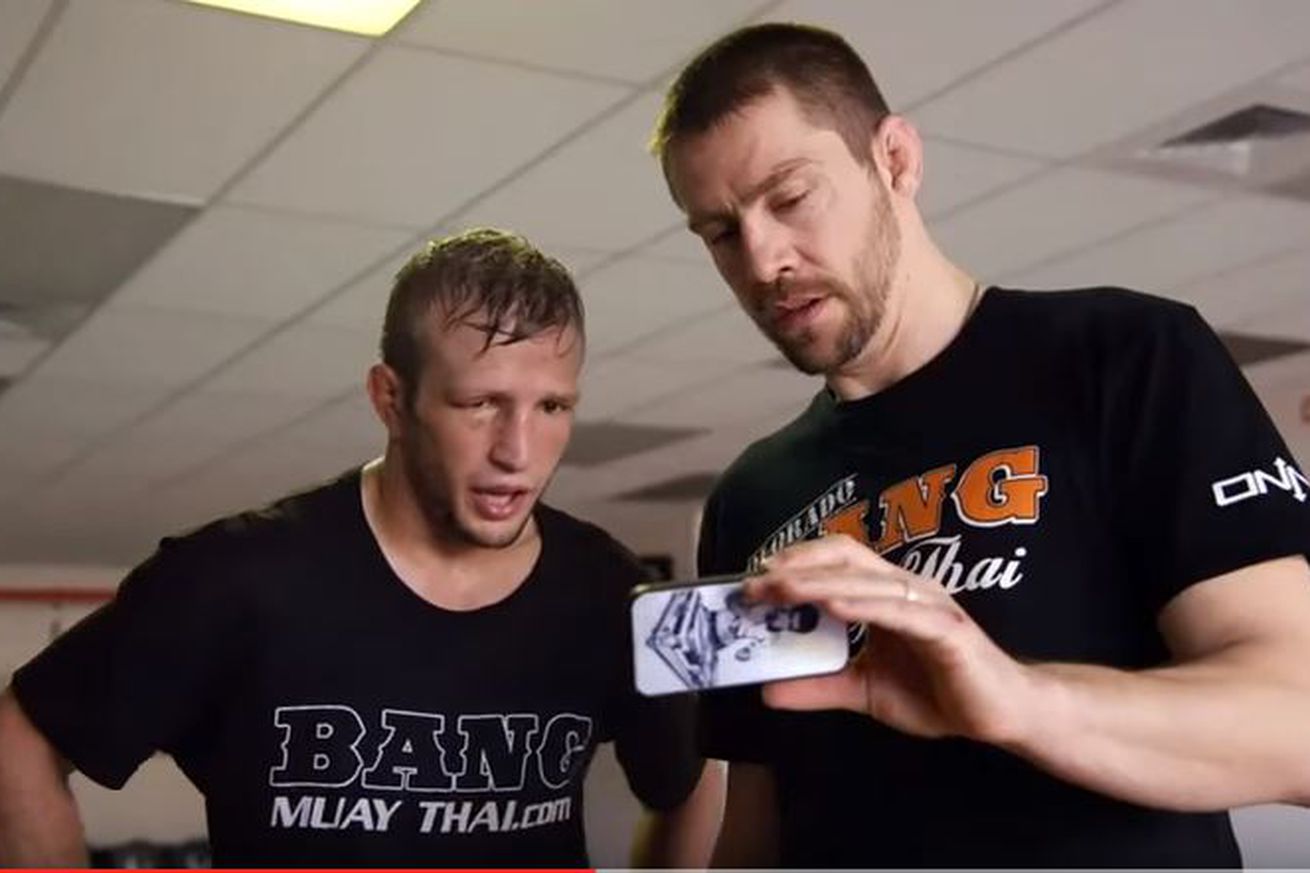 T.J. Dillashaw endured a turbulent final few months of 2015 as he trained for a bantamweight title defense opposite rival and ex-champion, Dominick Cruz, at UFC Fight Night 81 on Jan. 17, 2016 in Boston.

The former Team Alpha Male star was part of a vicious back-and-forth war of words with his one-time coach and training partner, Urijah Faber, because of his sudden departure and desire to go work with another longtime friend and coach, Duane Ludwig, in Colorado.

Those barbs, mixed in with the ones that “The Dominator” sent his way concurrently, made for a rocky road towards his third title defense.

This above video, produced by the UFC on FOX team, takes you through his preparations for the former World Extreme Cagefighting (WEC) star, Cruz, as “The Viper” hunkers down with “family” like Ludwig and the troupe of Elevation Fight Team coaches Christian Allen, Eliot Marshall, and Leister Bowling.