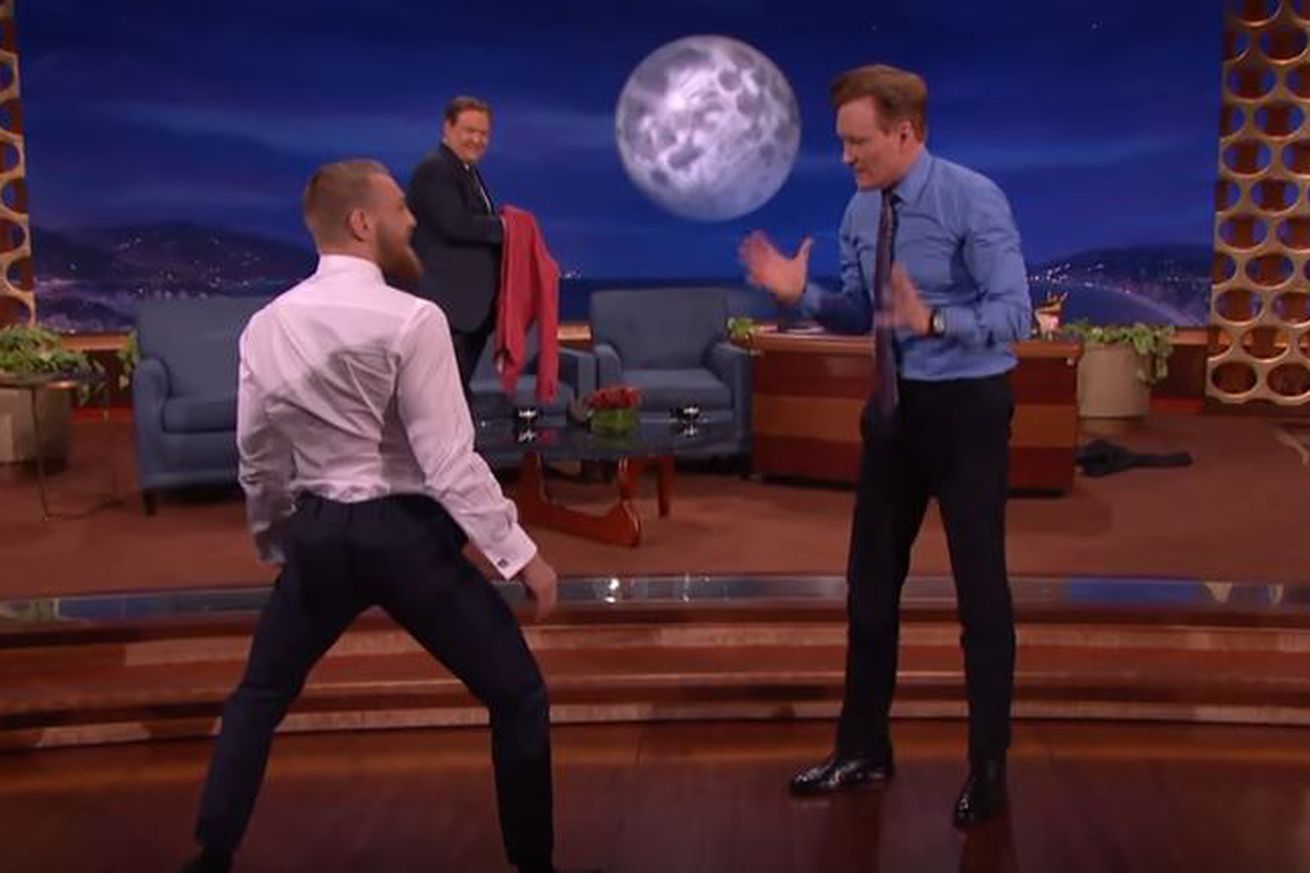 His kicks might not be all that special according to some folks in the combat sports world, but late night show personality Conan O’Brien, who is absolutely terrified of reigning UFC featherweight champion Conor McGregor, is not one to agree.

“Notorious” stopped by the Conan O’Brien show yesterday (Thurs., March 3, 2016) and among the topics discussed was his UFC 196 pay-per-view (PPV) main event opposite Nate Diaz, which takes place in a little over 24 hours. The boisterous Irishman and striking specialist ran through an example of a Capoeira kick he plans on “pinging across the head” of the younger Diaz brother when the pair lock horns inside MGM Grand in Las Vegas, Nevada.

McGregor was then just so amped up, he needed to test it out on Mr. O’Brien.

And don’t forget to stay with MMAmania.com for continuous coverage of the entire UFC 196 card, including live updates and play-by-play, by clicking here and here.