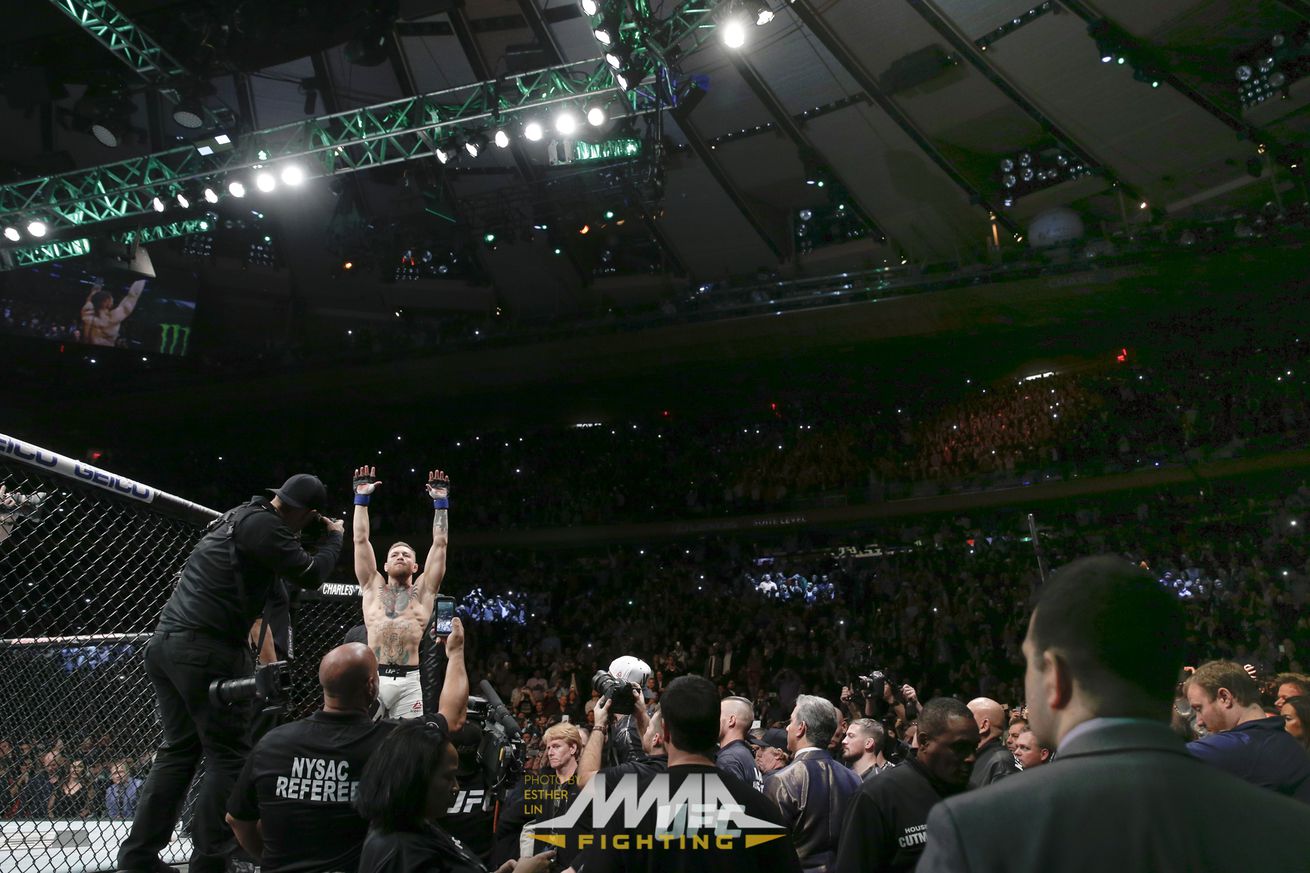 It was a wild, crazy and history-making night of fights, as UFC 205 blew the roof off Madison Square Garden in New York, New York. Aside from Conor McGregor making history by becoming the first man to hold two separate division titles at the same time after knocking out Eddie Alvarez (see it), Tyron Woodley and Stephen Thompson put on an entertaining Welterweight championship scrap (see it) that ended up in a majority draw. Also, Yoel Romero claimed his status as the legit No. 1 title contender at 185 pounds with a knockout win over Chris Weidman and much, much more. To wrap up all the action, our friends over at Submission Radio broke down all of the action with the help of media members Ariel Helwani, Brett Okamoto and many more. Among the topics discussed were Conor’s title-winning performance effect on the MMA landscape, as well as when UFC may return to MSG.